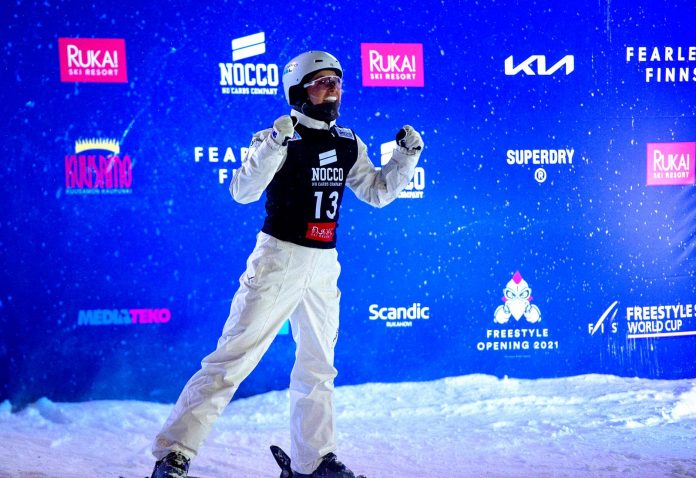 In a one jump competition, Scott scored a near perfect 102.93 points for her double full-full jump, a triple twisting double back somersault, to record the fifth World Cup victory of her career.

Rounding out the podium in third place was Mengtao Xu of China with a score of 98.28 points.

“It’s been a bit of a slow, but good build to the season, I started doing triple back somersaults last week, but decided to compete double somersaults today.

“I have cracked the 100 point mark before on a triple twisting double, so I thought that would be my goal for today and ended up walking away with the win, which I am so incredible happy with.”

After four events, Danielle Scott is sitting in fourth place on the World Cup standings, with Laura Peel in fifth.

The aerial skiing World Cup tour will resume in the new year, with the next event taking place in Le Relais, Canada, on January 5.