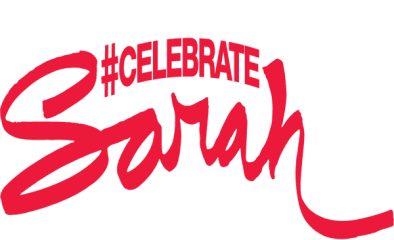 Sarah Burke’s death went to the heart of the freestyle ski and snowboard community but the IOC doesn’t want to see her name.

It started with a Facebook post from Torah Bright expressing her dismay that she is banned from placing her Sarah Burke stickers on her helmet and board while competing at Sochi.

Stickers she has proudly sported since her dear Canadian friend Sarah lay on life support in a Salt Lake City hospital after falling in the Park City Mountain halfpipe during ski training. A dear friend that lost her twenty nine years of life too early to the ski halfpipe sport she loved.

But the IOC considers the stickers a political statement.

This is the first Olympics to feature ski and snowboard slopestyle and ski halfpipe. The X Games put these sports on the global map and the Olympics understandably wanted in.

The next generation of skiers and snowboarders (and viewers) follow these sports and try their own hand at them in terrain parks that are now standard in every commercial ski resort. Put simply there is money and exposure to be made from these sports for the Olympics.

But with these extreme sports comes a tight knit community and a spirit that says life is for living, jump high, fly and give life a red hot go. Skiers and snowboarders at elite level know the risks of the sport, they train hard to keep death from knocking on their sporting door. But it doesn’t mean death never arrives, even for the most experienced and when one of their own dies it feels as though their own hearts have stopped beating.

If Sarah Burke was still with us she would be competing at Sochi and would no doubt have her name carved in Olympic history with a podium placement. But she’s not and her friends who owe their time at the Olympics to her would like to honour Sarah in any way they can.

They are not sponsor stickers, they are not stickers to incite a riot, they are a nod to a woman who embodied the Olympic spirit “to build a peaceful and better world in the Olympic Spirit which requires mutual understanding with a spirit of friendship, solidarity and fair play.”

Yes the Olympics has rules about ‘advertising’ and ‘political statements’ and promoting non Olympic related charities and I get that if the set the precedent it opens the flood gates for more but this is a statement about Sarah and the spirit she shared with those five rings, nothing more, nothing less.

If it wasn’t for Sarah Burke, slopestyle ski and halfpipe ski may never have been accepted into the Sochi Winter Olympic Games. She was a four time X Games medalist and the first female to stomp a 720, 900 and 1080 in halfpipe competition, she led the battle to have women not just included in all freeski competitions but to be paid equally.

When halfpipe ski debuts at Sochi on February 20 Sarah’s widower, Rory Bushfield, and her father Gord Burke will both be in the stands supporting Sarah’s friends and colleagues and those that Sarah inspired.

It would be a big picture gesture if the IOC allowed Sarah to be honoured on the helmets of the competitors if only for this event alone.

Do you think the IOC should allow Sarah Burke stickers at the ski halfpipe event at Sochi on February 20? Should Torah Bright be allowed to wear them in her snowboard events?