Try any of these on for size.

Ski 6 resorts in a day in Utah

What’s better than skiing one resort in a day? Six! Ski Utah Interconnect Adventure Tour links up to six resorts in the Wasatch Mountains, outside Salt Lake City, on a one-day tour. Experience Deer Valley, Park City, Solitude, Brighton, Alta and Snowbird, using only resort lifts and your own legs to transfer from one to the next.

The tour is open to advanced skiers (sorry, snowboarders) over the age of 15 and in good physical condition. Expect to ski around 40 kilometres and descend close to 5000 vertical metres in a day, with some hiking, uphill traversing and side-stepping required on varying terrain and snow conditions.

Group sizes are limited to eight skiers (minimum two), plus guides, on open tours or as many as 12 for group bookings. Tours operate seven days a week. Skiing after dark can add an extra dimension and at the Rocky Mountains resort of Winter Park, in Colorado, night skiing comes with a difference – you light them up yourself.

Winter Park’s Sunset Night Ski and Ride experience takes place after the lifts have closed, when guests are given the chance to enjoy uncrowded runs for two hours using head torches to light the way.

If you had to name one comfort dish that pairs perfectly with a trip to the snow, what would it be? Fondue, right? What if you could jump in a helicopter for a 12-minute scenic flight to a remote European-style mountain hut so you could share the traditional Swiss cheese melt at a table, in front of a crackling fire, with friends?

Resuming this January, RK Heliski has joined hands with the Summit Hut restaurant on Panorama Mountain Resort, British Columbia, to offer an unforgettable dining experience at 2500 metres. Bring family and friends or make it a romantic occasion.

Prices for the helicopter component start from CAD$1200 + GST for up to 10 people, with fondue priced from CAD$60 per person. 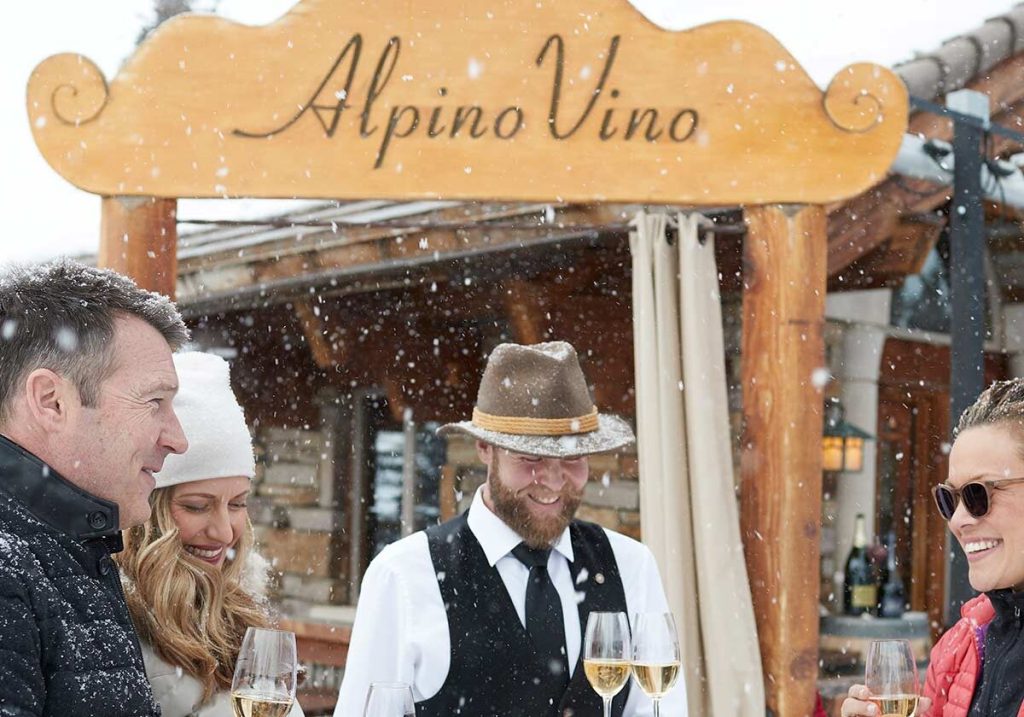 At 3650 metres, Telluride’s Alpino Vino ranks as North America’s highest on-mountain restaurant. By day, the stunning views across the Wilson Range from its outdoor terrace are as spectacular as any mountaintop restaurant on Earth.

But the wow factor doesn’t stop there. By night, diners arriving by custom-built snow coaches can settle into a superb four-course Northern Italian meal accompanied by world-class wines while a wood-burning fire warms you to your core. 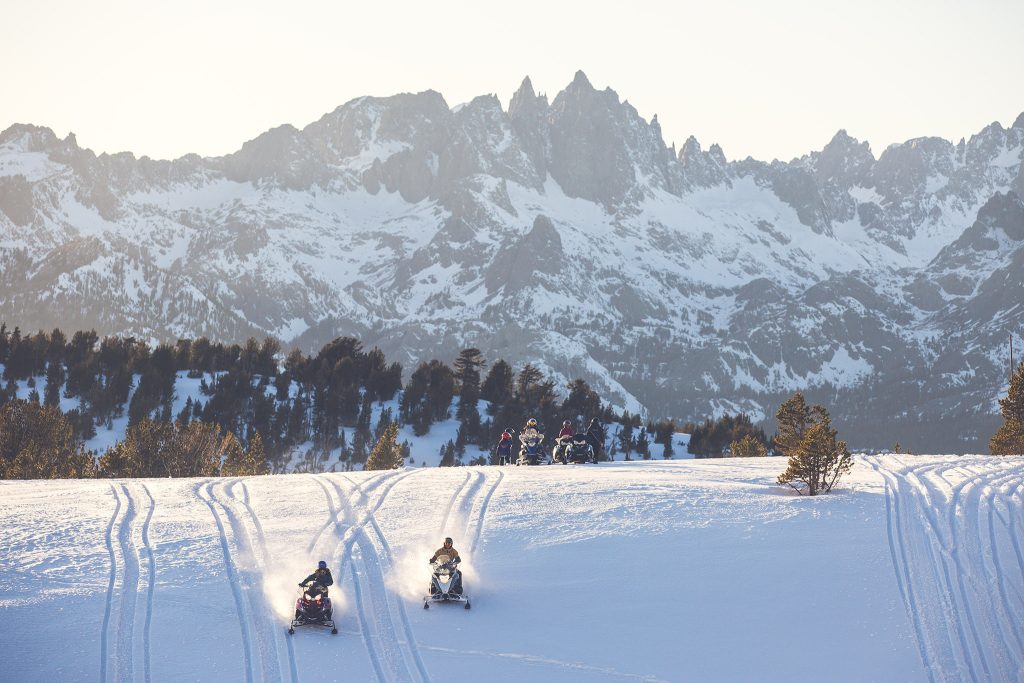 There’s more to winter resorts than just schussing downhill. Mammoth Snowmobile Adventures gives visitors the chance to get away from the ski slopes on an exhilarating, scenic trip into California’s Eastern Sierra Ranges.

Jump aboard single or double snowmobiles on one-hour tours that climb to Minaret Vista for panoramic views of the Minarets, Mammoth Mountain and the Ritter Range, or three-hour Explorer Snowmobile Tours delving deeper into backcountry terrain.

Giddy up in Steamboat, Colorado

Steamboat Springs has a reputation as a Wild West cowboy town. One century-old Western-wear store there reportedly sells 6000 cowboy hats a year, and cowboys race on skies in a downhill ‘stampede’ each January.

During February, a street parade includes children on skis being towed down the main street behind horseback riders wearing chaps and spurs. Visitors to Steamboat can get in on the action by signing up for a horseback riding tour through the Elk Valley. Tours take place year-round.

But nothing – and I mean, nothing – beats riding a hardy steed through fields of virgin snow, where the horses’ rhythmic gait allows you to retreat into your own headspace, far from the ski crowds.

How does a ticket-to-ride that takes you to the top of otherwise tough-to-get-to ridgelines with fresh powder sound? Pretty darn good, I say.

Powder Mountain (often abbreviated to Pow Mow), in Utah, offers visitors the chance to jump inside a snowcat from the resort to three single-ride cat areas that collectively boast more than 1300 skiable acres. These are areas that are inaccessible by lifts, and it’s far more affordable than heliskiing. Sounds like ‘Powadise’ if you ask me.