Home Snow Region Backcountry, Heli & Cat I thought I knew everything, then I did an AST 1 avalanche... 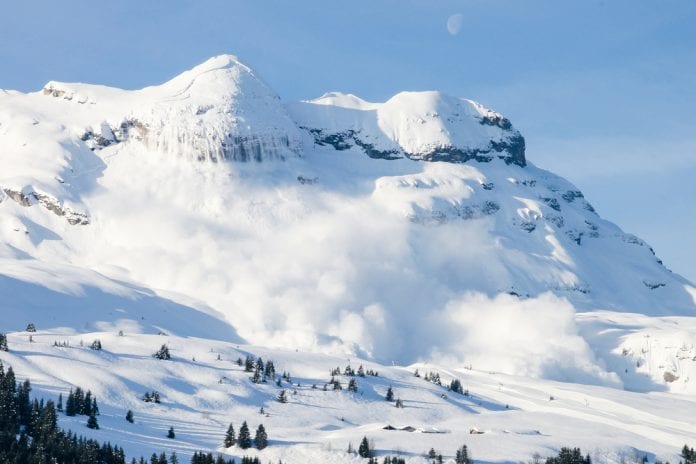 When the pow drops in any village north of the equator, it’s the Aussies on snow holiday who are running out the door like the place is on fire. Just hear the accents when you get fresh tracks at Whistler or trying for the first tram at Jackson Hole. Aussies are everywhere.

The thought of an avalanche rarely registers on an Aussie’s mind. Sure we know about them, well we know that we don’t want to be caught in one.

I’ve been that bloke, going out in a level 4 avalanche warning, riding through the avalanche barriers and getting first tracks. But you might notice that the ones in the know are still in the lodge.

The first day after a big dump is the worst day to get out and chase powder, unless you know what you are looking for. Those who understand avalanche cycles in North America and Europe know to wait a day or even 48 hours after a big dump to chase powder in the backcountry.

And they don’t rush in. They tread carefully armed with avalanche advisory warnings, information and forecasts.

I have had my beacon, shovel and probe for a while. I’ve done a few refreshers before some heli and backcountry trips. But if the shit hit the fan, I could not put my hand up and say “I’ll lead this search” if someone got caught out. I’d be fudging my way though.

And that is not what you want if you have your snow bro buried. Or worse, you are two metres under, and your crew don’t know how to get you out. It’s the last thought you want when your weighing up if you are getting out alive.

So, with all this in mind, I decided it was time to complete my AST1 avalanche training certification. I went in thinking I had a lot of knowledge – that disappeared fast. It was like my brain had been stripped of what I thought and built up with what I was supposed to know.

Now every time I go out. I’m processing, thinking. What if?

Our instructor told us that about 50% of people who complete the course never go out in the backcountry again. It’s a good stat, and I wish it was higher, as most people who get caught in an avalanche have actually completed an AST1.

It’s a course that you can come out of feeling bullet proof, or you go the other way. For me it was an awakening.

There are so many scenarios where you can trigger an avi, and I realised I’ve been in a lot without realising. The main one comes to mind was in Whistler last season.

That one time in Whistler…

I met an Aussie and a Canadian on the lift. They were going to hike the Flute Bowl; I overheard their conversation and I was in.

Up we go and get to the top. To me, conditions were perfect. First day after a big storm, it was going to be epic pow. We come across a cornice and decide we can jump that into the bowl.

That was slightly cracked, so we move to the next one. We have seen a triggered avi where the cracked cornice was, so that’s a good sign, we are to the right of that. The Canadian backs out, soft I thought. Just before we strap in, I ask the Aussie if he has a beacon, he does. We turn them on, and off we go. No issues.

Thinking back, there was every element that could have gone wrong. Anyone in the know would know:

To be very annoying, it was a sweet ride. But was it worth my life? No way!!

I might have had a sweet ride, but I would not have been able to tell anyone as I would have been dead.

It’s the realisation that comes when completing a course like the AST1. With changing conditions like we are seeing in Australian right now, become smarter because knowledge is powder [“eye roll”] and if you don’t know, don’t go.

I completed my course with Dave and Pieta Herring from Alpine Access Australia. I highly recommend you get along and complete one when you can. It can save your life, or you can save someone else’s.

My next course is learning first aid, because guess what the first thing the person will need when you dig them out of and avalanche. It’s not a high five.

READ MORE
Avalanche alert: Aussies, skill up or stay out of the backcountry
Share with your crew
219FacebookTwitterLinkedInEmailPinterest
219
SHARES