Home The latest AU/NZ Huge weather event to dump up to a metre of snow in... 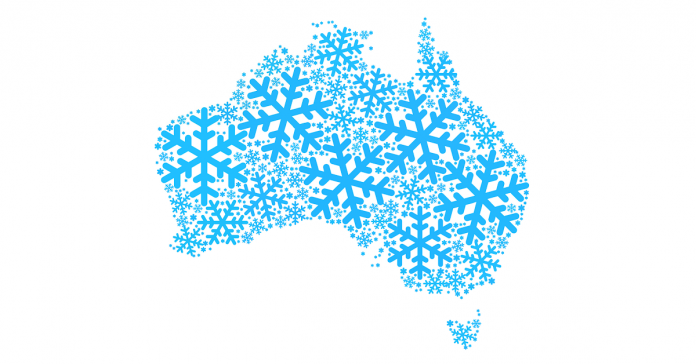 It’s the weather, people, so remember it could go either way, but for now everyone agrees the week ahead is going to be bloody cold and dump snow right where we need it, on our mountains.

The first significant cold front of the season will bring snow to the ranges thanks to some huge precipitation forecasts. It all starts on Monday in South Australia before heading into our alpine regions across New South Wales and Victoria.

There will be severe weather alerts for floods, winds and hail. But snow lovers will be rewarded with various forecasters calling for anything from 50cms to a metre plus.

They’re saying it may even snow in Queensland!

The team at Weatherzone have tonight called up to 145 centimetres by end of Friday at the top end and 72 centimetres at the more conservative end. Either way, we’ll take it.

Snowfall will be heaviest on Wednesday though it will snow consistently from Tuesday onwards.

Pete Frog Taylor at Snowatch is erring on the side of conservative for the next five days but that could all change come tomorrow so check back with him regularly.

Meanwhile the crew at Snow-forecast.com are calling for freezing levels to drop to 1050metres by Tuesday night and hang around the 1200 metre mark on Wednesday at Thredbo. They’re also calling for around 75 centimetres of snow.

If you’re in Victoria then the Bureau of Meteorology is calling some big numbers for Mt Hotham.

No matter what the final snow tally, remember to tag #misssnowitall and #snowsbest on your snow images on Instagram so we can share the snow love far and wide this week.

READ MORE
Skiing during a pandemic: where do seasonal snow workers go from here?
Share with your crew
794FacebookTwitterLinkedInEmailPinterest
794
SHARES