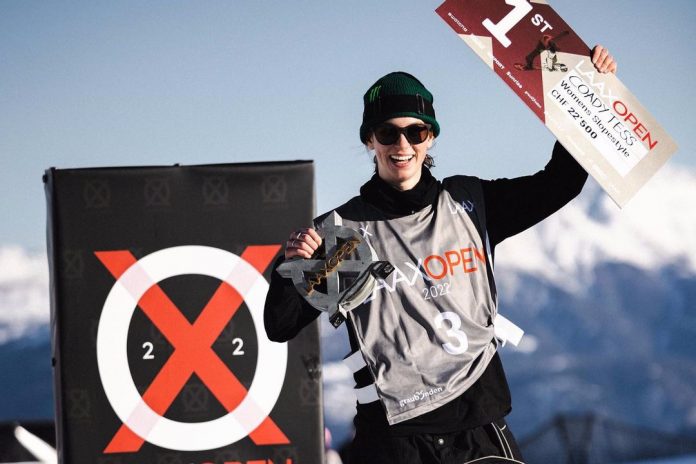 Tess Coady has recorded the second World Cup victory of her career, with an impressive gold medal performance in the slopestyle event at the Laax Open in Switzerland.

In a dominating performance, Coady won the qualification round, and had the two highest scoring runs in the final, sealing the deal with a spectacular frontside double 1080 on the last jump of her victory lap.

“It feels so good to take the win today” said the 21-year-old from Melbourne.

“Really just wanted to land my runs, I think that’s all you can ask for, so to achieve that today was just a win in itself for me.

“The frontside 1080 is a new one for me. I learnt it a few months ago at Prime parks in Stubai. I really wanted to bring it out today so super stoked I was able to do that.”

In the best of two run format, Coady scored 79.60 on her first run, and with victory already assured before her final run, she stepped it up to score 86.18 to finish ahead of Anna Gasser of Austria on 78.56 and Annika Morgan of Germany with 76.61.