Home The latest AU/NZ When can the Australian ski fields open this year?
Share with your crew
606FacebookTwitterLinkedInEmailPinterest
606
SHARES

On Friday, the Prime Minister of Australia released the Federal Government’s three step recommendation for State Governments to find a path back to operation in a COVID-19 safe economy.

The intention is to have a full economy back by sometime in July, including the much talked about trans Tasman bubble, which could now extend to the Pacific Islands as well as New Zealand.

While the “3 step framework” doesn’t give us a certain date for a ski season, if any, it does reveal under which conditions it could potentially operate if allowed. It is ultimately at the discretion and authority of each State Government as to how they implement their own plans.

Skiers and snowboarders will be watching keenly this coming week as State Premiers in the two key commercial ski states of Victoria and New South Wales reveal their restriction changes. Though, as restrictions lift, if numbers spike drastically with Covid clusters then we’ll all be back to lockdown. 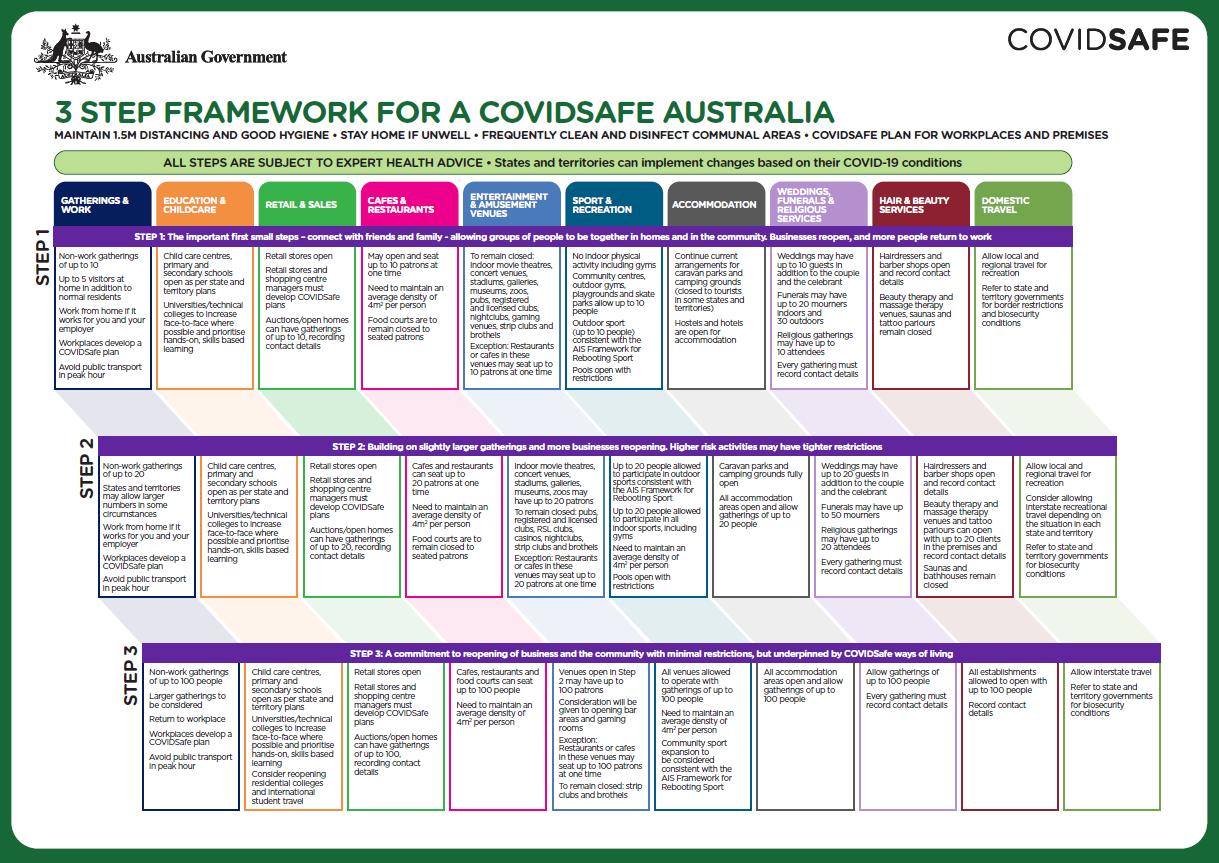 New South Wales Premier, Gladys Berejiklian, announced today that New South Wales will enter a version of Step 1 from Friday, May 15. Though no local or regional travel will be permitted at this stage. Victoria’s premier, Dan Andrews, will make his initial announcement in response to the federal step recommendations on Monday with more information as the week continues.

Rest assured, we’ve been reaching out at every stage to the resorts for comment, and will continue to do so. So far they all remain off the record waiting on government changes and approvals while formulating how they can potentially and safely operate within Step 1, 2 and Step 3 if given the go ahead, and how to support health authorities in local regions. 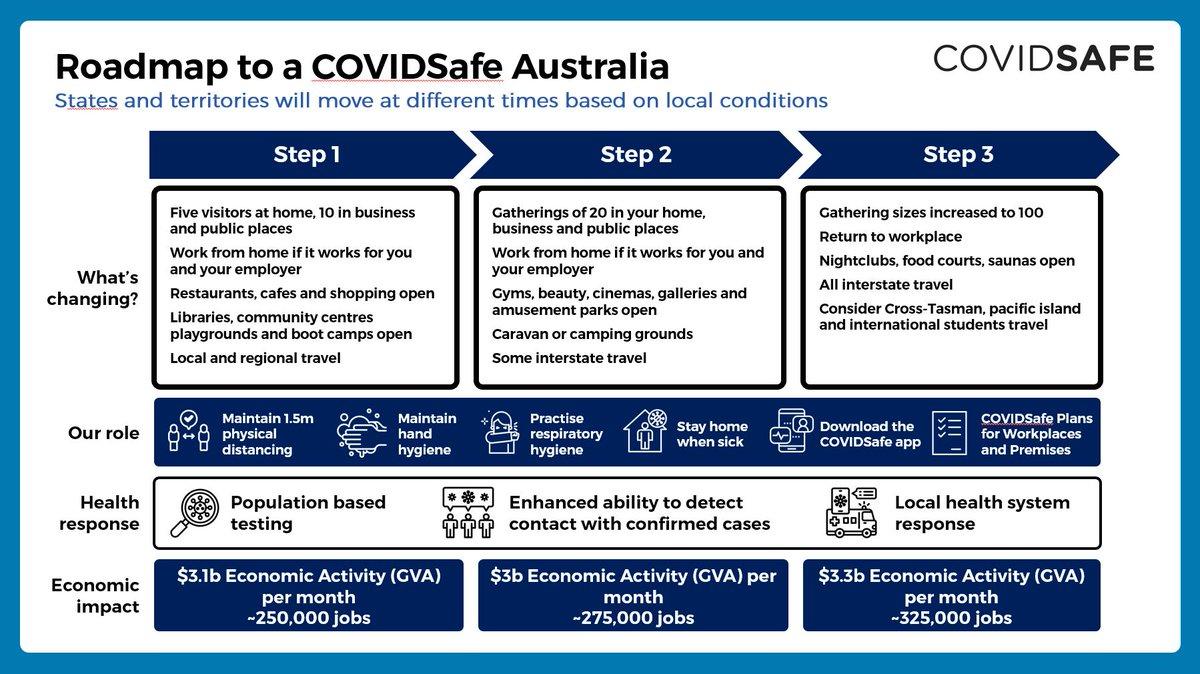 Theoretically we could find resorts able to operate at Step 2 and more likely at Step 3.

At Step 1, hotels and hostels can open and local and regional travel is permitted. But again, up to the state governments. We already know that won’t be the immediate case for New South Wales.

At Step 2, states and territories “may allow larger gatherings in come circumstances” and we have no doubt industry bodies have been lobbying the government around this opportunity in particular. Cafes and restaurants can seat up to 20 people in Step 2 and interstate recreational travel may be considered. This is good news for those in other states wishing to ski or snowboard, should the resorts be open.

At Step 3, gatherings increase from 20 people to 100 people, including restaurant and cafes and interstate travel is permitted. Again, “larger gatherings are to be considered” which gives more leeway to resorts if the state allow. Nightclubs are also permitted to open but you’ll have to keep your social distance while on the Keller dance floor as all stages require 1.5 metre social distancing and hand hygiene.

Across the ditch New Zealand resorts will be operating at their version of Alert Level 2 with the hope of opening at the end of June. The resorts have been actively lobbying their government to consider ski resorts in a separate category with gatherings being considered across the resort (lift line, decks etc) and that social distancing is automatic given the number of skiers per hectare. The resorts may also be considering capped numbers per day. All things Australian resorts are potentially also looking at.

The New Zealand Prime Minister will be addressing the nation on Monday to reveal when they will move from Alert Level 3 to Alert Level 2 with no doubt more information on how ski resorts will be operating.

Should the trans Tasman border open in July as flagged by the Australian Prime Minister then Australians will also be able to ski in New Zealand.

Watch this space as we bring you updates in the coming days.

READ MORE
Want to guess how the Aussie ski resorts will run this winter?
Share with your crew
606FacebookTwitterLinkedInEmailPinterest
606
SHARES