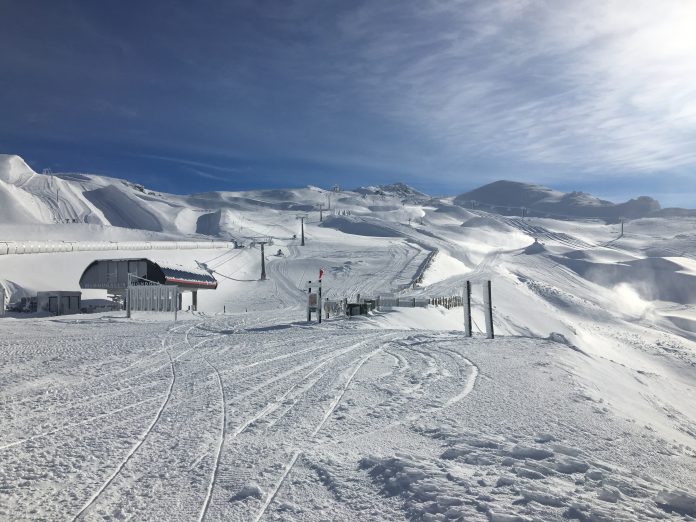 Cardrona are set to expand their terrain to over 900 hectares with a partnership between the resort and neighbouring Soho Basin Ski Area to create New Zealand’s largest lift accessed ski area.

Development of the larger, integrated Cardrona-Soho Ski Area will be in accordance with the agreed masterplan for the combined ski areas and it is expected that a chairlift will be placed in the Soho Basin Ski Area once the main improvements of the five year master plan are completed at Cardrona.

Cardrona is three years into the five-year development plan that has focused on preparing Cardrona for the Soho expansion by improving guest flow & capacity. This has included installation of the McDougall’s Chondola to increase uplift, the refurbishment and repurposing of the Base Area buildings, and expanded carparking with a connecting shuttle service.

All necessary approvals are now in place to commence the staged development of ski area facilities in the Soho Basin and the development of the ski area and supporting facilities is expected to begin within two years. In the meantime, cat skiing will continue to be provided for those who wish to experience the Soho Basin before commercial ski operations are developed.

“This has been something we’ve been looking at for some time and we’re both extremely pleased that we can work together to build a world class ski area with integrated facilities and amenities that will be both New Zealand’s largest mountain resort and a truly world-class ski destination,” says the owners of Cardrona, Real Journeys Group, Chief Executive Richard Lauder.

The expansion also has implications on Cardrona’s summer operations, with the opportunity to grow further as New Zealand’s only mountain resort to offer a full summer of activities including mountain biking, mountain carting, dining, events and stargazing experiences.

“The diversity of the slopes in the Soho Basin make it an exceptional ski area for all levels of skiers. Its high altitude, southerly-facing aspect means it receives and retains a good cover of early snow. Soho’s offers spectacular views out over Queenstown, the Wakatipu Basin, and across the Main Divide,” says John Darby.

“To be a truly world-class alpine resort, you need to have extensive lift networks, multiple aspects and varying terrain – this new terrain and the developments that go with it will really make Cardrona an extraordinary experience in Aotearoa,” says Cardrona General Manager, Bridget Legnavsky.

Eventual access to the Soho Ski Area will be from the top of the recently installed McDougall’s Chondola, with facility development at the top of the mountain.