Home athletes Chamonix, French for out of your comfort zone
Share with your crew
82FacebookTwitterLinkedInEmailPinterest
82
SHARES

You think you can ski until you hit Chamonix. That one time Winter Olympian Anna Segal got happily schooled in the French alps.

Three years ago, when I decided to redirect my ski career from park skiing to the big mountains, I knew that I would be subjecting myself to an extremely steep learning curb. I felt that over the past few years I had done well to acquire new skills in this area, such as ski touring, terrain choice and avalanche awareness.

But then came Chamonix and I realized how little I actually knew and how much more I had to learn.

I have spent the majority of my skiing years training gates, moguls or lapping the terrain park. While all this happens on a mountain, there is a feeling that you’re not actually in the mountains.

It all takes place in a resort- a man made, monitored environment where operational staff can be relied upon if things go belly up. 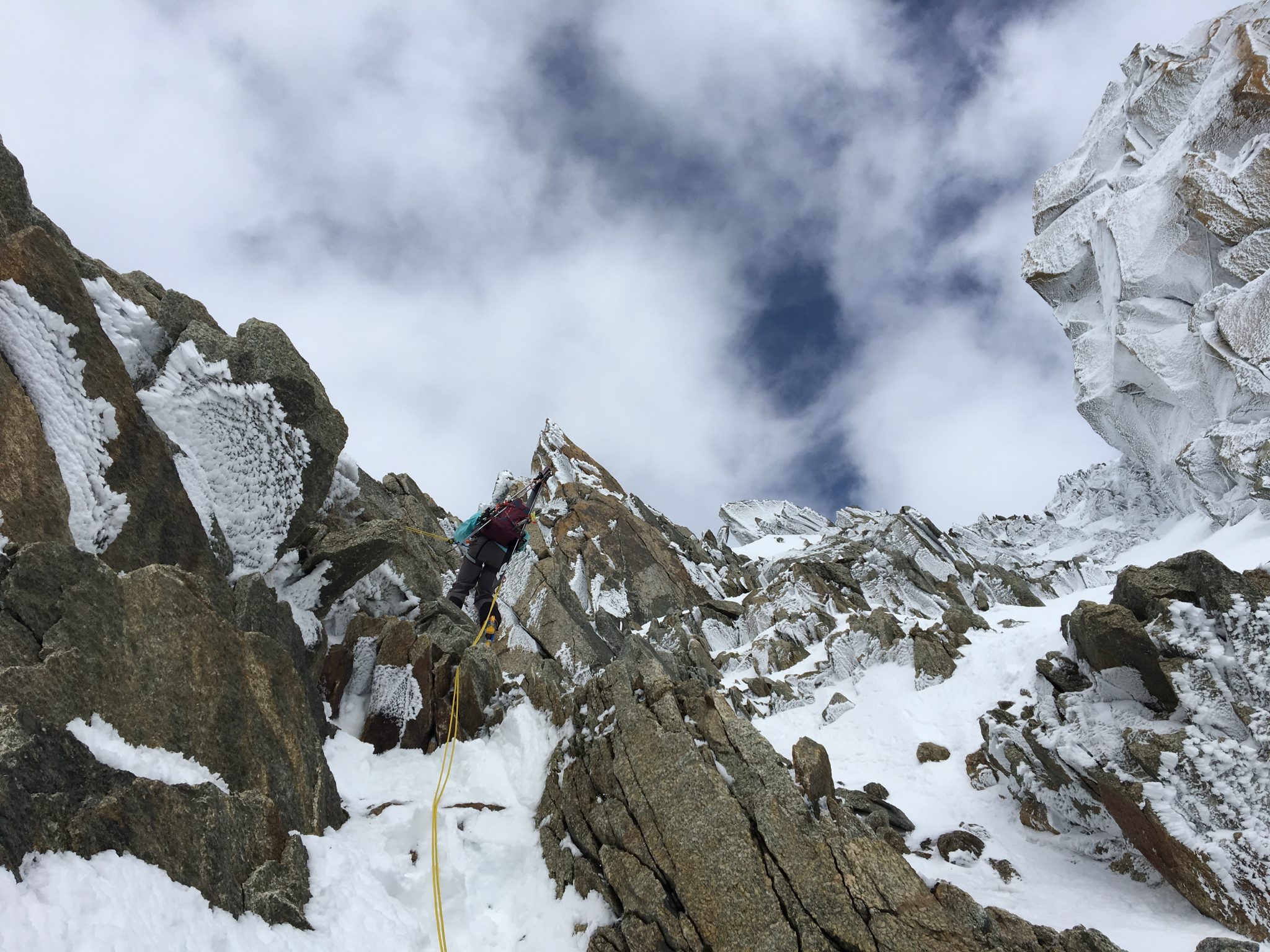 When I arrived in Cham my lack of skill in the areas of climbing and ski mountaineering made me feel ignorant and a beginner in the sport that I’d considered myself a professional for the last 10 years.

Luckily I had a great team surrounding me, who were just as eager to teach me as I was to learn.

Straight off the back of filming for Finding The Line in British Columbia Canada I joined my sister, Nat, in her winter home of Chamonix. This was Nat’s fourth winter in Europe’s mountaineering mecca, and although she readily admits that she still isn’t “comfortable” amongst the imposing peaks that surround the Chamonix Valley, she sure felt a lot more at home than me.

Joining us only days later was our filmer, Bjarne Salén who had previously lived in Chamonix for 5 years, during which he followed hot on the heels of his mountain guide brother, Morgan, and their good friend Andreas Fransson. Nat and Bjarne worked alongside me patiently while helping me figure out my gear and answering my hundreds of questions.

Our aim when filming the ‘Chamonix’ segment for Finding The Line was to get me out of my comfort zone by exposing me to true steep skiing, high elevations, no-fall zones, variable conditions, and subjecting me to intense decision-making. There is no doubt that all these boxes were ticked.

I learned the basics of how to use my crevasse rescue gear on my harness, crampons, ice axes and ropes. I felt the dizzying affects of altitude after climbing up 1200m of terrain, before having to drop into 50-degree couloirs. Yet, the most important lesson I learned was how to place more faith in my own judgement.

It is my responsibility to learn, practice and apply a set of skills that will keep myself and my friends safe in the mountains. That alone is a huge lesson for those venturing from resort skiing to backcountry to big mountains to Chamonix.

Your decisions, and skills, determine whether you travel safely but they also impact the lives of the team you are with and vice verca.

Chamonix’s humbling terrain will more than school you in that.