Home Snow Region Australia Is the cross board the new snowboard?

I was recently invited to Mt Buller to test the newly launched Cross Board—an invention by Aussie Dave “Max” Elphick. I’ll be honest and say I knew very little about the Cross Board and I certainly didn’t have high expectations.

As snowboarders, it’s in our nature to be very skeptical about new products, and rightly so; many have come and gone over the years. Curiosity got the better of me and I was itching to get on the snow, so I accepted the offer and made my way down to Mt Buller. 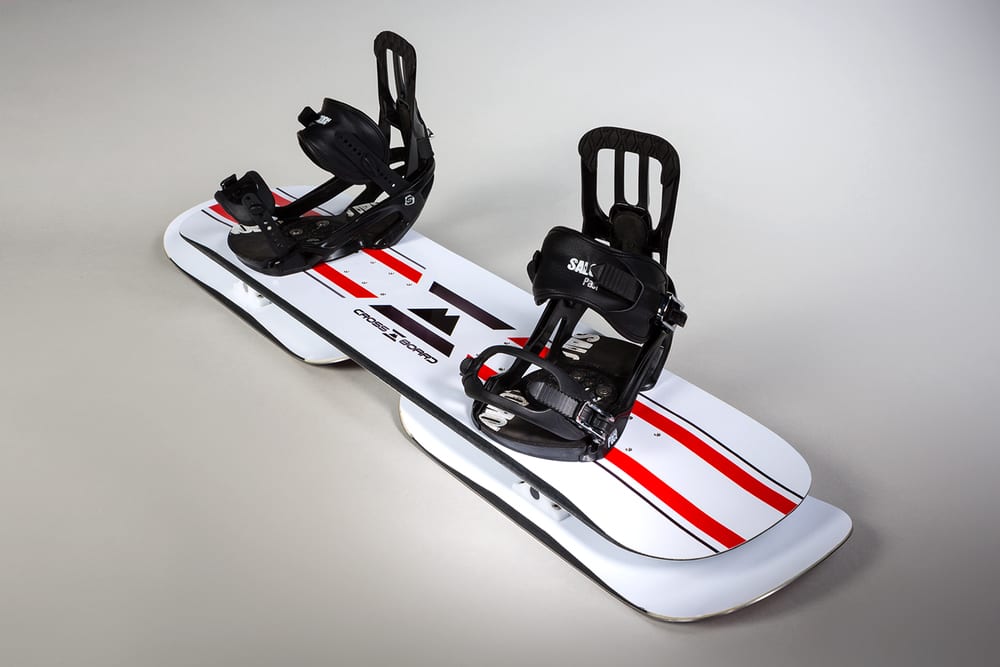 I’m not going to sit here and tell you how it’s better than snowboarding. It’s not. What I will give you is my honest analysis of the Cross Board, what I enjoyed about it, and why it’s worth giving it a try. One thing is for sure: it turned a lot of heads and received a lot of attention.

If I had to compare the Cross Board to anything, I would say it’s a combination of a skateboard, a snowskate—and to a lesser extent a snowboard. It’s basically a super short deck with two snow blades underneath, which are attached to the deck with trucks.

And yes, those trucks perform very similarly to skateboard trucks. If you look at it like a skateboard; the deck is the deck (duh), the trucks are the trucks (again), and the blades are the wheels. 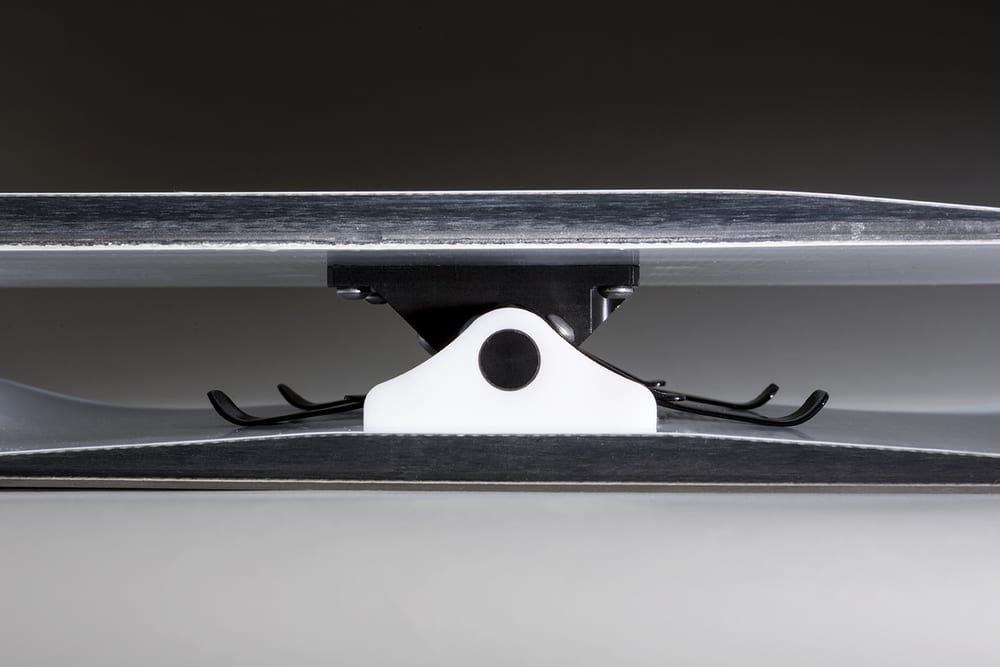 I would say its real appeal is to those people who like skateboarding, who like the idea of snowskating, but want more stability than a snowskate and/or prefer the security of being strapped in. The Cross Board also has some very real training benefits in regards to presses and buttering.

When you’re skateboarding, a manual takes a lot more finesse, balance and control—than pressing nose or tail on a snowboard—which requires more strength and power than finesse. What this means is you need to develop a finer skill set to make it work with the Cross Board.

I found it to be a lot of fun and a challenge to press on the Cross Board. It made me really find my balance points and develop a finer control for this action. I did switch back to my snowboard on the second day after riding the Cross Board in the morning, and I can tell you my pressing ability definitely improved. I felt I had more control than usual, dialling in my presses in a more precise manner.

Similarly, buttering was super easy—almost too easy. Again, I really needed to dial in the balance and control to execute smoothly. Once I had a feel for it, it was super fun to butter around on. Again, I feel there were some real benefits here for snowboarding; having more control and finesse is never a bad thing.

The boards are super maneuverable as expected, yet surprisingly stable at speeds. I bombed some morning runs on fast and rolling terrain, and I was able to hit some decent speeds. The board likes riding over changing terrain, as the individual blades/trucks allows for really good independent foot control.

These things also ride switch no problem; the decks are true twins. Overall, they are super easy to ride; if you can ride a snowboard, you shouldn’t have any problems at all.

I did try to take it through some powder and it completely nosedived. The model I was riding certainly isn’t equipped for powder. Trust me and just stick to the groomers.

I also would be very hesitant to do anything other than a 50-50 on rails/boxes with the Cross Board, although I hear boardslides are doable (I haven’t tested this theory).

Is it worth trying?

I think so. Here are my reasons:

1. It’s actually quite a lot of fun. It’s not too different to skateboarding and snowboarding, so the familiar board riding elements are all there while providing a new challenge.

2. I think the greatest benefit is as a training tool. I found some real applications for improving my snowboarding, especially in regards to balance and control for presses and buttering.

3. Anyone who enjoys skateboarding or snowskating will at the very least have some fun riding the Cross Board, as the mechanisms are very similar.

Where can you try one?

Cross Board has officially partnered up with Mt Buller, and they have a rental fleet of 400 Cross Boards available for hire. They are also offering free demo boards which you can grab for 30 minutes at a time, between 11:00am and 2:00pm, Wednesday to Sunday, at “The Shred”—look out for the Cross Board branding.

So that’s my completely unbiased review on the Cross Board. I went to Mt Buller with an open mind, gave it a go, and enjoyed my time on it. I also noticed some valid applications in using it as a training tool for snowboarding.

There are a lot of new snow products that come and go, and some even deserve to be laughed at. I don’t think this is one of those products.

I won’t be giving up my snowboard anytime soon, but I’d be happy to strap into one again. Give it a try for yourself and let us know your thoughts.

This review was originally published on Boardworld

Jeremy Saunders is the founder of Australia’s premiere go to boardsports community and online store, Boardworld.