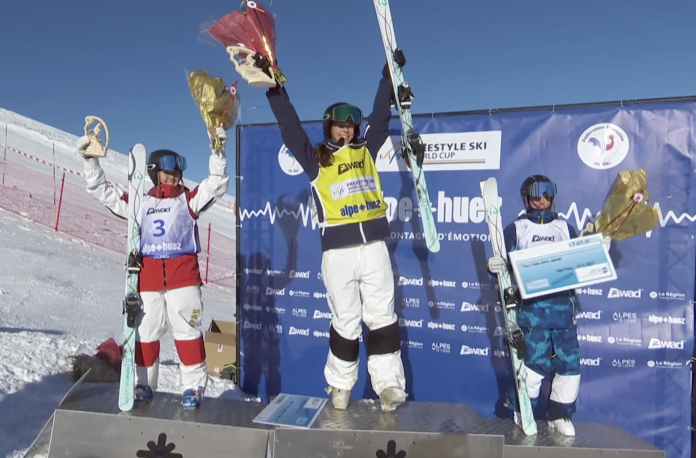 The 23 year old Australian mogul skier from Barwon Heads stormed to victory after placing first in each of Friday’s competition rounds, finishing with a final score of 85.97 points for her third and final gold winning run.

Second place on the day went to Anri Kawamura (JPN) for her second podium of the season, while Tess Johnson (USA) rounded out the women’s podium in third place for her first top-3 finish since last year’s Deer Valley event.

Anthony has finished in the top 3 in all four FIS mogul events so far this season, adding gold to a silver and two bronze medals thus far. She is also now placed first on the leaderboard.

“It was so incredible, my first win of the season, my second win ever, and the first time I have every placed first in every round of the event,” said the 23-year-old.

“I am so keen to get back on the course tomorrow, it’s so much fun, the moguls require such technical skiing and it’s just so great to get out there and ski it every day.”

Anthony will return to competition this weekend for the dual moguls also in Alpe d’Huez.