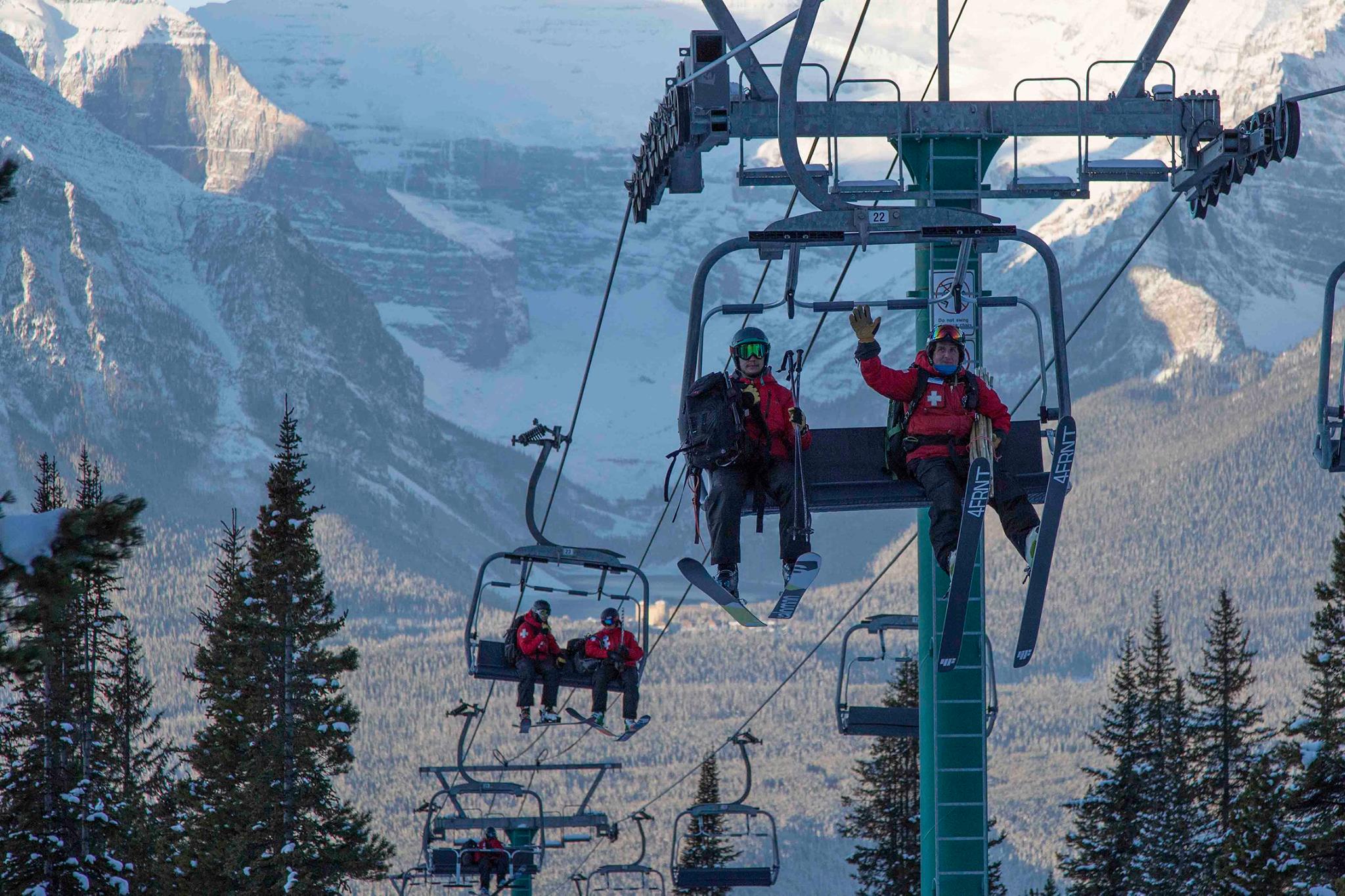 The Lake Louise Ski Resort switched on the Glacier Express Chair to mark the opening of the 2015/16 ski season today.

Skiers and boarders now have early season access to Bald Eagle, WiWaxy and Easy Street runs, with additional terrain opening in the coming weeks. Also this week, the Lake Louise Ski Resort was honored with the prestigious Visitors Choice Award “Best Terrain in North America for 2015” by OnTheSnow.com.

The resort has lots planned for the 2015-2016 season starting with the official Kick-Off Party on November 14th, the Men’s and Women’s World Cup races later this month and the opening of a brand new Sushi Restaurant, Kuma Yama, in the Lodge of the Ten Peaks.

With new Executive Chef Scott Green on board, dining at the Lake Louise Ski Resort will feature a wide selection of enticing new menu options at the upscale mid-mountain Whitehorn Bistro. The Kokanee Kabin is getting a smokehouse so look forward to sampling a plate of charcuterie with slope-smoked meats.

So wax your boards and sharpen your edges because the Lake Louise Ski Resort is ready to rip.

Other resorts under the Ski Banff-Lake Louise-Sunshine umbrella, Mt. Norquay opened for their 90th Anniversary season on November 5, 2015, and Sunshine Village is anticipating an opening in mid-November. Stay tuned for details.