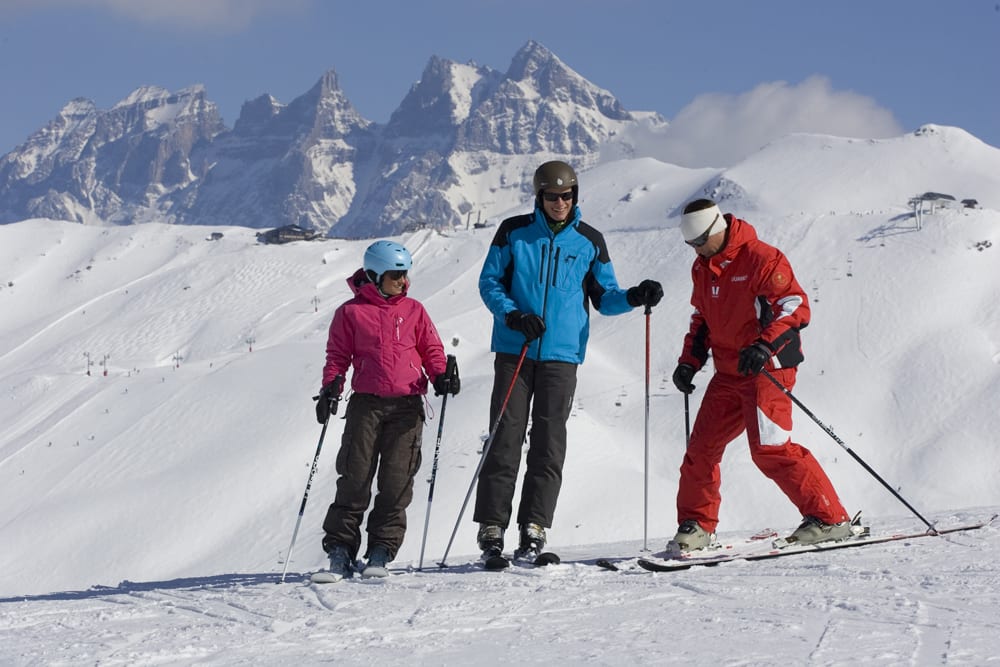 British-French run school in the ski resort of Morzine now blends a holiday on the snow with a chance to improve your French language skills.

The recent re-branding of French Alpine School (formally Lost in Translation) has also seen a move to a centrally located premises in the heart of Morzine, opposite the tourist office. With the introduction of new accommodation for the 2015-16 winter season, including a four star catered chalet, Alpine French School has now established itself as the leading centre for French language in the Alps.

The format is simple, effective and fun – students combine ski holidays with lessons in French, skiing most of the day with classroom sessions during the late afternoon. Partnering with the ESF (Ecole du Ski Francais), to provide on-slope tuition, the pupils enjoy ski lessons in French and then slot into their classes afterwards.

Ski lessons are optional and can also offer French conversation = skiing sessions with one of the teachers for students who can already ski and therefore don’t need lessons.

‘We find a real variety of people travel to Morzine and stay with us; everyone from students to families who’d like to improve their French and holiday in the fantastic surroundings of the French Alps – both in summer and winter’, says founder Helen Watts.

There’s a brand new four star chalet (Guytaune) for this winter season that comes with its own French chef. This forms part of a varied portfolio of accommodation options that include self-catered, B&B, family hosted and hotel choices.

Package example, based on double occupancy in Chalet Guytaune in January (not New Year week):

The School offers a wide range of traditional French courses, including private French courses, intensive French courses and GCSE/A-level tuition as well as courses with sporting activities such as skiing, snowboarding, mountain biking, hiking and climbing. Classes are taught in small groups of a maximum of 8 students using communicative, interactive methods.

They are a French government recognised training provider.