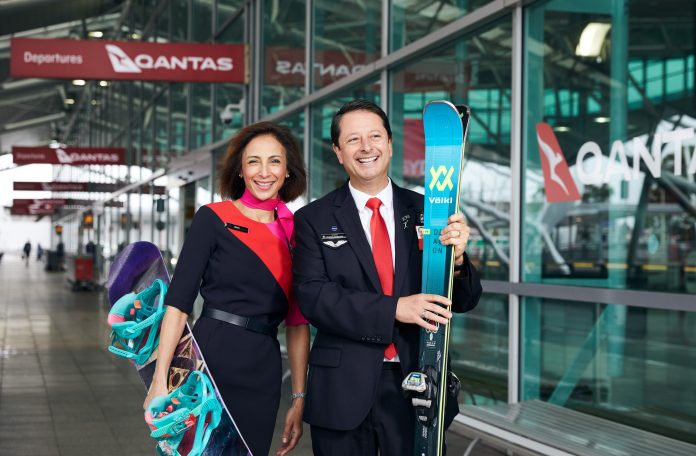 Heading to New Zealand to ski or snowboard this winter? Qantas Frequent Flyers can now  use their points to purchase 3,4,5 and 6 day lift passes for Cardrona, Treble Cone, Coronet Peak, The Remarkables and Mt Hutt.

Passes can be redeemed at the Qantas Rewards Store with early bird passes starting from 33,000 Qantas Points for three days.

Combine your passes with a return Classic Rewards booking to New Zealand, and you could have your flight and lift pass squared away for less than 70,000 Qantas Points.

Early Bird Lift Passes are available as a limited time offer until 29 May, 2021. Members will be able to book two types of lift passes with the option to pay with points or a combination of plus pay.

Qantas Loyalty CEO Olivia Wirth said the opportunity for members to use their Qantas Points towards their next ski holiday would be welcome news for the many Australians and New Zealanders heading to the slopes this winter.

“Over the past year our members have been earning more points on the ground from non-flying activities, waiting for opportunities to use them on travel again,” said Ms Wirth.

“This means our Frequent Flyers can now book three significant parts of their snow holiday using points – flights, hotels and lift passes – with the only thing left to worry about when they get there is which slopes to tackle first.

“Qantas will be operating a record number of flights to Queenstown during the peak winter season to cater for the demand we’ve seen since the two-way trans-Tasman bubble opened last month. More than 20 per cent of bookings for July and August having been made using points, so we expect the option to redeem points for a lift pass as well will be really popular with our members.”