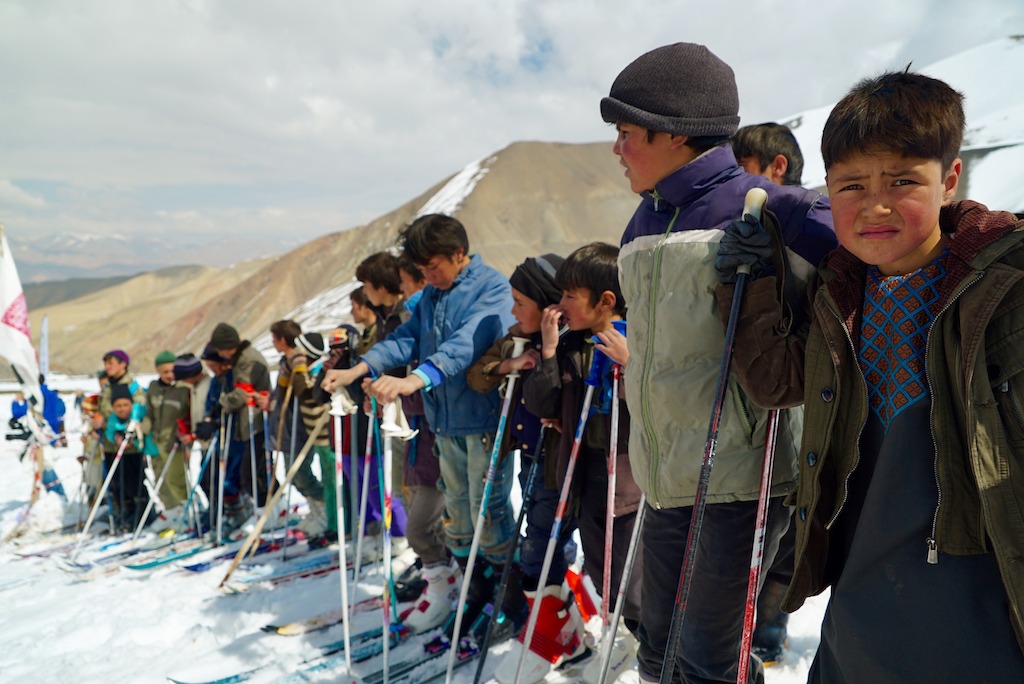 A budding ski industry has sprung up in the remote alps of Afghanistan. But this enterprise – and the local people – face the menace of a resurgent Taliban.

Aspen it is not. No chair lifts means skiers must trudge through knee-deep snow up to the top of the mountain. Local kids fashion skis from roughly hewn chunks of wood. And you can forget about après-ski.

This is skiing Afghanistan-style, in central Bamiyan province, drawcard for a handful of adventurous westerners and a hardy band of locals.

“It’s pretty surreal to be here. You just have to stop for a second and appreciate the moment” says Jeff Olson, a snowboarding lawyer from Texas.

The skiers know their joy could be short lived. Heavily armed police patrol the ski slopes in a constant reminder of a lurking threat from the Taliban just over the mountains.

So far, the snow-capped ranges that ring Bamiyan have helped to keep the Taliban out. But the Taliban is on the march in the rest of the country, and they have Bamiyan in their sights when the snows thaw.

They’ve been there before. Few could forget their destruction of Bamiyan’s “un-Islamic” 6th century giant Buddhas in 2001 – 1500 years of history obliterated just months before the twin towers fell in New York.

Bamiyan is also the stronghold and ancestral home of the Hazara people, a persecuted minority who are Shia Muslims – infidels in the eyes of the Sunni Taliban.

“I remember three of my uncles – they took them from their shops and lined them up with more than 300 people and shot them”  says Hazara man Jawad Lakoo, on life under the Taliban in the 1990s

Now the Hazara of Bamiyan are on edge, wondering when the Taliban will next come after them.

“They will start killing Hazara people again, just as they did before” explains Hazara woman skier Zakia, 21.

Many Hazara are thinking of fleeing, but for now locals and tourists enjoy the distractions of the races at the annual Afghan Ski Challenge. The winner, local mechanic Shah Aqa, savours the moment.

It’s a message that may be lost on the Taliban.