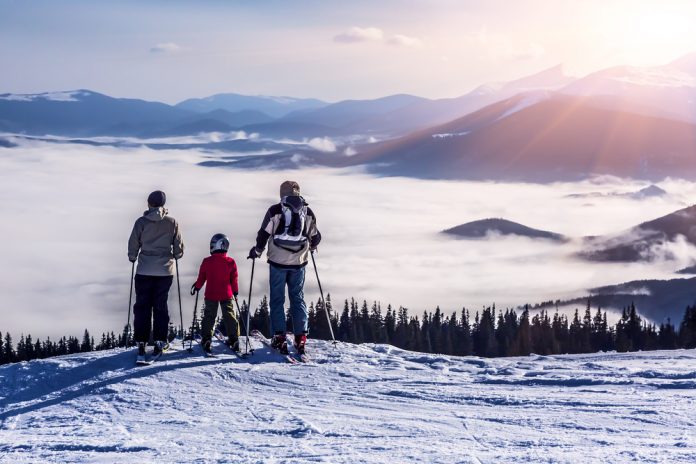 As a child I played netball in primary school and field hockey in high school. Theoretically both games were supposed to help me navigate competition in life, work well with others towards a common winning goal and get me some new friends.

Instead, I crumbled under the pressure at my area zone level netball trials, intimidated by those more ruthless than I. My please-like-me-gene meant that whenever I went for what I wanted at all costs, I loathed myself for doing so. Then I overcompensated afterwards in the hope the girl I snatched the ball off with such vengeance would forgive me when I handed over all of my oranges.

Hockey wasn’t much better. My team was good, really good, we won everything, always. So my position as goalie, which I was convinced was mine due to my wide hips taking up the most room, was rarely tried or tested as the ball, and my team, simply stayed down the other end of the field for most of each game.

What I did notice during these games were the family members of my team mates on the side lines. I suspect my mother loathed the scrutiny and glare of some of the more competitive mothers who took pity on the goalie who, thanks to their talented children, never had to really step up to the game. But she came to games none the less, sometimes dropping me and my gear off, sometimes staying to cheer me on and hand out oranges to the team at quarter time. I loved her for it.

She wasn’t sporty, my mum. Being old school British she couldn’t swim, so beach days meant her on the sand and us in the water. Though she bought a velour tracksuit once and started power walking, for a while.

While my friends parents played tennis with their offspring on curated courts in their backyard during summer and packed the Volvo for the drive to Thredbo in the winter, I spent my school holidays baking slices with my mum, helping my father clear his shed and wandering the bush lined beds of the creek in the next door paddock alone, imagining myself Miranda in Picnic at Hanging Rock or Susan in a summer Narnia.

It wasn’t until I was an adult that I discovered skiing.

When I did I couldn’t get enough of the joy of powder turns on a bluebird day, the conversations with strangers on a chairlift, the thrill of progression as I worked my way up the green to the blue to the black and beyond. I discovered a global community I didn’t know existed, that reared it’s head all round the world with one mention of one word, snow, whether in a London pub or a ski town in Colorado.

Those ski clubs my friends at school disappeared to for a week each year, returning with a goggle tan, made so much more sense as I witnessed families skiing together, sharing the great white outdoors. Negotiating the slopes past mum and dad’s cheering on their little ones doing their pizza pie or junior making light work of the powder snow or a pack of toddlers and their adults throwing themselves in toboggans down the hill and I started to get what all the family fuss was about.

Because, here’s the thing, team sports may help you bond with others your own age but skiing and snowboarding makes you bond as a family. Time spent in the great outdoors sharing something you love, teaching your kids so they’ll teach their kids, socializing with other families doing the same, well, you don’t get that while standing stationary on the side lines.

Ski clubs in Australia and the club fields in New Zealand are a hive of multi family bonding (and a cheaper way to make it more accessible). Many a time I have sat on the deck (ok four times) at Craigieburn club field in New Zealand and chatted to three generations of skiers in the one family that are there the same week every year.

The first time I went to Craigieburn I went with the son of a founding member whose own kids now ski there too. Guests sleep in bunk beds in shared family rooms and there’s a chores board for everyone to contribute to the running of the club while they are there. Like the ski clubs of Australia, families meet families and create life long friends, returning with the next generation and then the next.

In PyeongChang last month I met our silver medalist mogul skier Matt Graham’s grandfather, Pete. He took up skiing aged 52 and took his kids with him creating a life long family experience to be shared by all every winter. He helped teach Matt to ski and look how Matt turned out.

He wasn’t the only family member of an athlete I met, either. Watching so many fly into Korea to support their offspring, brother, sister, grandchild, childhood mate through glory and pain was life affirming. Connection is what keeps us healthy and alive. Of course it didn’t help that my own father was sent to hospital the week of the Olympics (don’t worry, he’s fine now).

To be fair, I was buying into the Olympic hype, and families are not resistant to it. For every family hug I did see, I also noticed the lack of family present for others and feared they felt, too, the pain of absence.

I found myself craving the company of athlete parents, parents whose own emotions sat on a knife’s edge heightened by a world stage. I missed my mum (she died three and a half years ago) and feared for my dad’s health and thought how different our fractured lives may have been if we had all just gone skiing in those early years, together.

But then, I would not be the person I am today and to wish yourself gone is to hand back life.

I now know the healing benefits of a day moving your body on piste or touring backcountry in the mountain air are akin to cleansing your soul in the ocean waters. Do it together as a family and who knows how much closer you’ll be.

Teach a child to ski and they have a skill that bonds with you and others for life in a way that other sports can’t. Skiing harbors travel and rights of working a season overseas passage. Plus, thanks to ski technology, you can do it till your old, with your kids, their kids and their kids.

The family that skis together stays together. Well, I’m sure that’s not true but it’s true for a week every year and for others way longer.

READ MORE
Why Tomamu is the best family skiing adventure in Japan
Share with your crew
1.9kFacebookTwitterLinkedInEmailPinterest
1.9k
SHARES