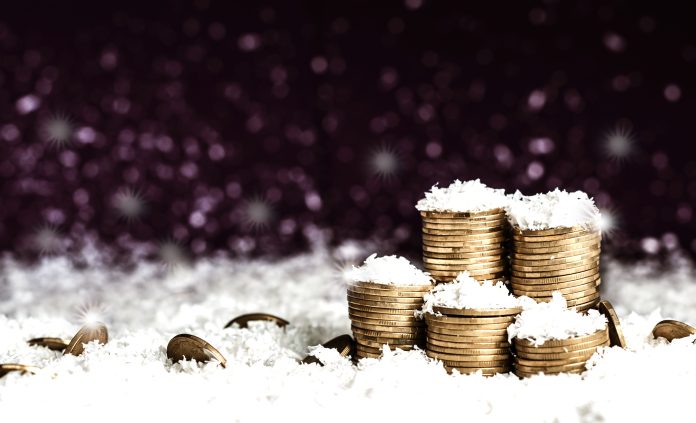 We’ve all seen the headlines, and felt the impacts on our bank accounts. It’s 2022, and that pesky little thing called inflation means literally everything has gone up in price – from our leafy greens and gelato to our petrol, electricity and mortgage repayments.

So where does that leave skiing and snowboarding, that inconveniently expensive hobby that we love?

After all, it’s never been cheap to be on a mountain. Lift tickets rentals, gear, lessons, travel, accommodation and slopeside hot chocolates all add up quickly, and they’re hardly day-to-day essentials.

And while there is an inherent level of privilege associated with even just being able to end up on a chairlift, it’d be silly to assume that everyone on the slopes is loaded and has plenty of extra cash to splash.

The snow struggle is real

I have many friends juggling mortgages on single incomes, wrestling with parenthood, or battling for a pay rise. Yet they all still go misty-eyed at the first smell of snow.

They’re not alone. There are many families that have made sacrifices to give their kids the opportunity to experience snow trips as they grow up. Locals that love and support the mountains that are so close to where they call home. Or people that, given the chance, choose snow travel over other types of holidays because of how much they value the sport for their mental health.

And all those groups will also be the first to give up on their regular ski trips – or reduce their regular visits to just a handful, then just one, then none, should inflation rise again and again.

My friend Tegan works in a retail store in Jindabyne, and tells me that she’s had plenty of families coming in saying they’re struggling to provide opportunities for their kids.

“I was working one night and sold three pairs of kids mittens to a mum. As she paid, I saw the colour visibly drain from her face,” Tegan says.

“It’s a huge thing for people to come to the snow and throw the money at it.”

And while everyone’s budgeting circumstances may be different, many of the stories from my circle of skiers and snowboarders are the same: something has got to give.

Some friends have cancelled their once-regular weekend trips to Australian resorts, hoping to put that money towards a week-long stay in 2023 instead. Others have skipped skiing in the Southern Hemisphere altogether this season, choosing instead to put their cash towards budget-friendlier trips.

“I’ll be spending my money in Japan, if it opens, or Canada,” my friend Georgia shares.

“Your cash goes further and at least you get an overseas trip out of it as well. I feel bad that I’m not supporting Australian resorts, but there’s also the issue of crazy accommodation prices now due to property price increases. The people who bought the $1.5m townhouse will be charging way more for a stay than the people who paid $600k for the same townhouse a few years ago.”

So how do we get to live and ski going forward?

Budget, budget, budget. While I absolutely support local retail and restaurants, it’s also a vicious cycle. If no one skis, then no one buys – so you’ve got to make sure they still have the cash to ski first, especially in Australia.

Here’s how to reduce the cost of skiing at home or abroad with some simple tricks.

As Tegan points out, so many families would previously throw little ones into skiing and snowboarding as soon as they were able to. “Now, with living costs so high, it may be worth holding off until little ones are a bit older and can handle the long days on the slopes, which results in more genuine enjoyment for all involved.”

You can still ensure a snow experience is in the cards, like one Sydney mate, Peta, who took her two kids down to Corin Forest near Canberra for the day.

“This was still a snow play experience with tobogganing, building snowmen, throwing snowballs. We wanted to make sure they liked it before we make a bigger trip next year.”

Mix up how you shop

It’s often cheaper than hiring, and always better than paying full price. For the snow play experience, Peta managed to find kids pants and jackets for a total of $60 via Facebook Marketplace, and purchased snow boots on sale at Anaconda when they were 30% off.

You may not get exactly what you want, but it’s often worth the bargain; my friend Mike, for example, found a really cheap set of women’s snow gear for sale and bought it for himself.

“The jacket was black, the pants were grey, it all fit me fine. If anyone judges me for the Roxy logo I’ll just laugh at them. More money in my pocket at the end of the day.”

Plan your trip out of peak season or school holidays

June or September is a great time to nab half-price accommodation, shorter lift lines and restaurants having plenty of availability. You may not be getting all those wild powder days, and not all terrain might be open – but what you save in cash makes the sacrifice well worth it.

So much of ski trip prices are driven up by food and drinks. By opting for accommodation with a full kitchen, you can easy cook meals for the family by night. During the day, ski and ride with a backpack of packed lunches rather than taking out a loan on the mountain’s hot chips; or fill your pockets with snacks to eat on the chairlift rather than being tempted.

Have your snow habits changed as the cost of living increases? And what are your top tips for keeping costs down on the slopes?