Ski Area Manager Ross Copland says there was 5 cm of natural snow at the summit and a skiff of snow fell down to the base area overnight.

“Once the wild weather passed and the winds died down we were in full snowmaking mode, making about 600 cubic metres of snow in twelve hours on main trails,” he says.

“The first snow is always a huge boost for staff, and there’s a real sense of excitement and anticipation in Queenstown. Keen snowboarders and skiers the length and breadth of the country are all looking forward to another epic season up at Coronet Peak.”

The start of snowmaking signals the start of the season for Coronet Peak’s winter crew.

For twenty-three-year-old Australian snowmaker Jake Reilly from Coffs Harbour it was his first time seeing or touching snow – let alone making it. His previous job in Australia involved wearing a full Hazmat suit in 40 degree temperatures.

Not surprisingly, Jake said today had been “a complete shock”.

“I’ve wanted to go to the snow for my whole life and now actually being here in Queenstown making snow is incredible.

“When I arrived up the hill today I just looked in awe at the mountain, picked up a handful and had a play – it’s so different to what I’m used to back in Australia!”

Coronet Peak is scheduled to open for the 2016 winter season on June 11. 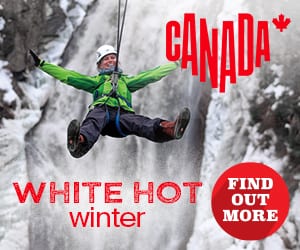 Talk to the foot – how to reduce ski boot pain

ABOUT US
Love snow? Then SnowsBest.com has your name on it. We are a ski and snowboard news, views and global snow travel blog site from Australia's leading ski journalist @misssnowitall
Contact us: misssnowitall@snowsbest.com
FOLLOW US
© Copyright SnowsBest.com 2018
%d bloggers like this: