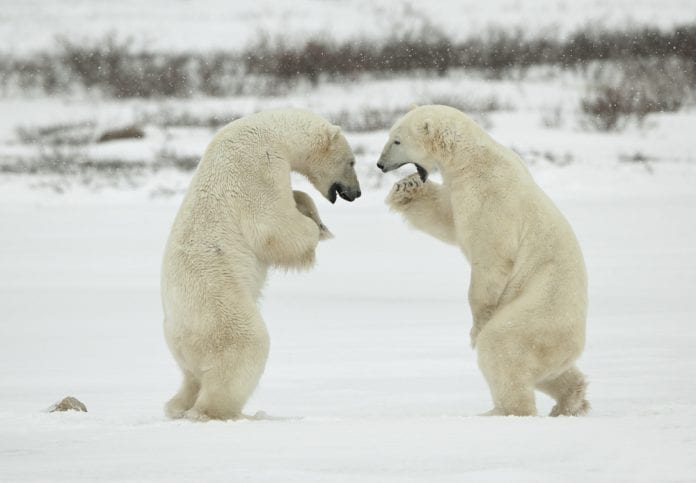 Who wins when two of the world’s most famed resorts go head to head on social media? The reader, that’s who.

When cross state snow rivalry plays out between the Mormon loving state of Utah and the legal weed loving state of Colorado, it’s anyone’s game as we found out on social media these past few days.

All you folks stuck on an Instagram feed loops of puppies in powder are missing all the hilarity that is twitter. It’s the social platform where comedy gold is dropped on an hourly basis by those pithy with a keyboard.

To which Snowbird responded with this simple piece of live bait.

Telluride must have been busy checking themselves in the view that day, Aspen wouldn’t have even felt the water on the duck’s back while doing bikram at Lululemon, Crested Butte were too busy drinking cold brew chai and Vail was plotting their move into Japan without telling Alterra.

But not Steamboat, they were all over it and went for the internet bait and, well, this happened.

Uhhhhh, Snowbird responded with this, ouch.

Steamboat came back by throwing Japan into the mix. Yes, we’re shaking our heads – that’s a famous snow monkey from the Snow Monkey Onsen in Nagano’s ski fields. Bad move, Steamboat, neither wins when Japan’s snowfall numbers come into play.

Though Snowbird clearly didn’t realise it was Japan (or did they), because you know, why go to the land of powder when you claim that the land of powder is yours. Instead they chose to ignore the snow monkeys (because, Japan wins) and did another tweet with pictures of their Cliff Lodge pool as per below. 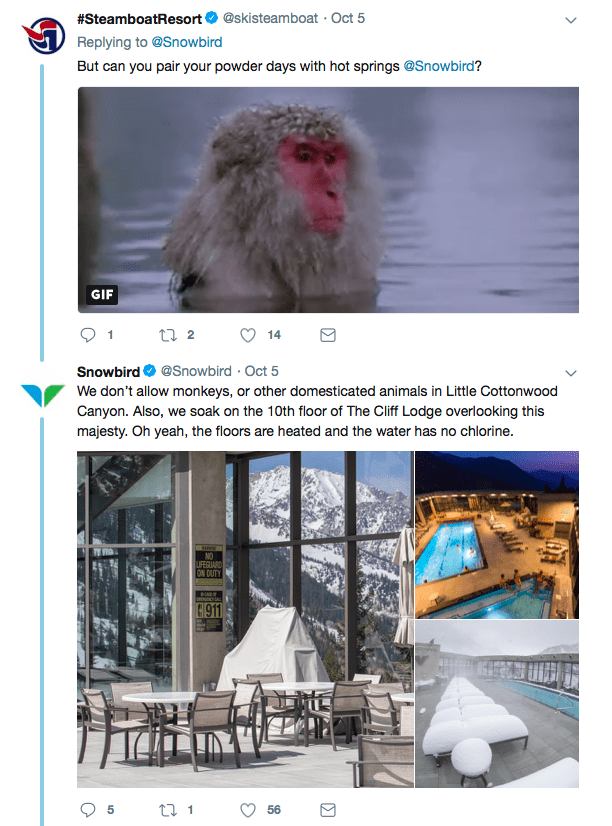 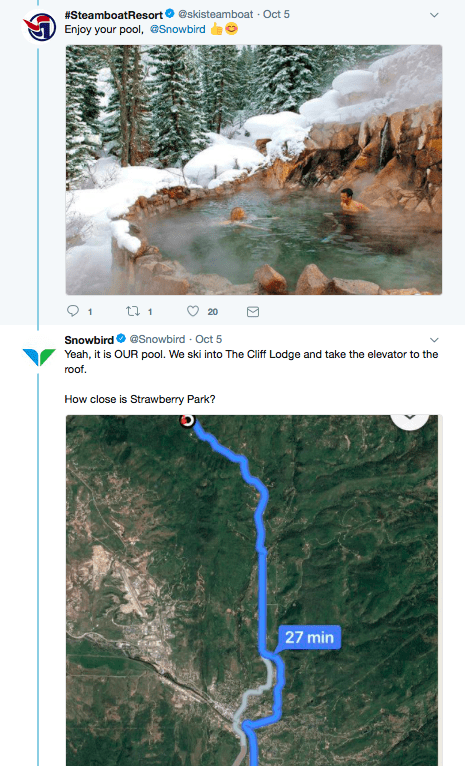 Then Jackson’s Big Red Tram won the online dummy spit with this. 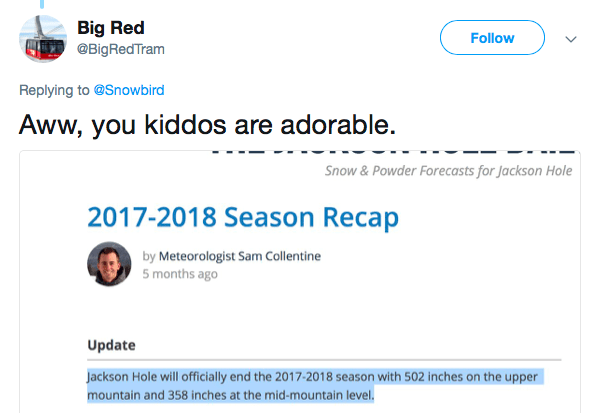 Though the winner was obviously both resorts as Snowbird’s Dave Amirault revealed on his own twitter account that Snowbird received over 1 million impressions in the last 28 days, clearly most coming from the recent who does it better banter.