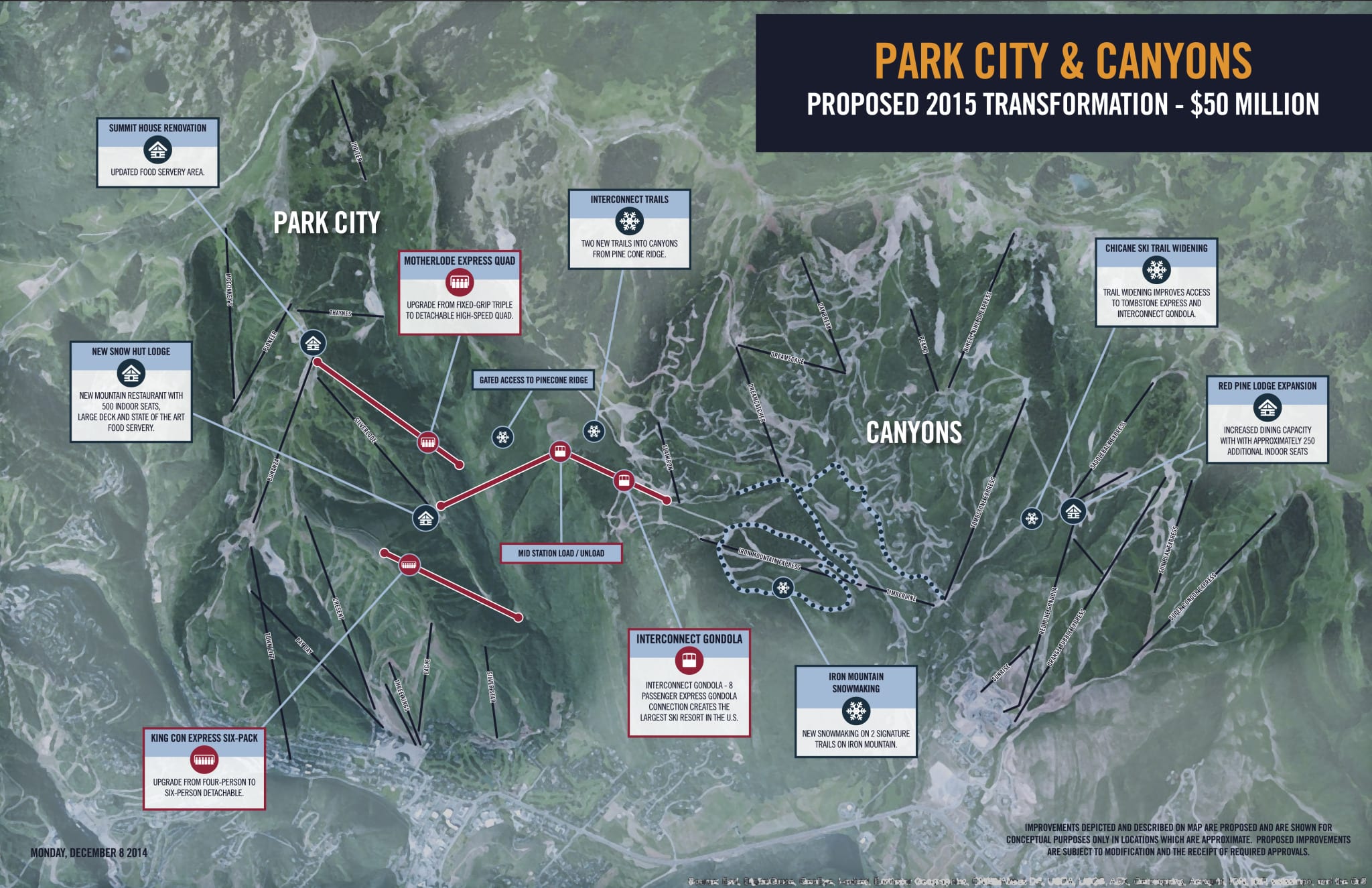 A connecting gondola between Park City Mountain Resort and The Canyons is just part of a $50 million plan announced by Vail Resorts today.

The plan for the 2015/2016 season, which totals over $50 million, is one of the most ambitious and impactful capital programs in U.S. ski industry history and will transform the guest experience at Park City Mountain Resort.

The plan would establish the connection between Park City Mountain Resort and Canyons Resort, creating the largest single ski area in the country with more than 7,300 acres of skiable terrain, and complete a number of critical upgrades to the infrastructure of both resorts.

The plan will be subject to approval by both Summit County and the City of Park City. Components of the $50-million capital plan include:

“This comprehensive capital plan for Park City and Canyons is one of the most ambitious and impactful plans undertaken at any resort in industry history, transforming the experience at both resorts and creating the largest single ski resort in the U.S. with more than 7,300 acres of skiable terrain,” said Blaise Carrig, president of the mountain division for Vail Resorts.

He added, “The improvements offer skiers and riders more terrain and upgraded lifts to enhance the guest experience and reduce crowding and lift lines, new and upgraded restaurants, more snowmaking and an overall ‘touching up’ of all aspects of the resorts.

The plan was based on feedback from guests and the local community as well as discussions with the senior operating teams at the two resorts. We look forward to continuing to work with the county and the city and are hopeful we can bring this plan to life for the 2015-2016 ski season.”

For the 2015-2016 ski season, the company intends to operate the two resorts as one unified branded experience under the name “Park City Mountain Resort”. The Canyons base area will be renamed “Canyons at Park City”. The company will continue to maintain the unique history and atmosphere of the two base areas with differentiated marketing for the diverse hotel and hospitality experiences.

What do you think of ‘the plan’?