Home Opinion When freeskiers and boarders shoot themselves in the foot 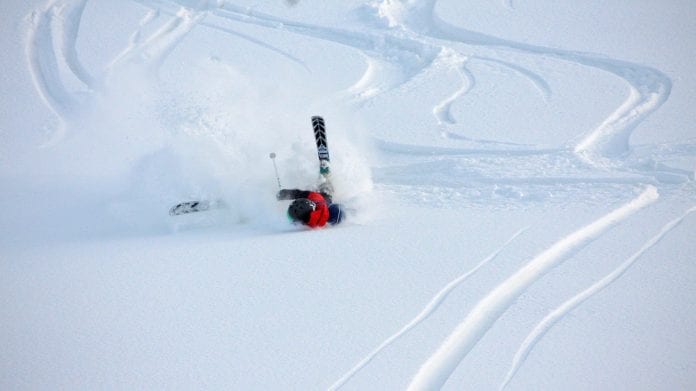 If you’re not up to speed with New Zealand’s Olympic hoo ha played out in the media across the ditch here’s a quick run down. NZ sends 15 athletes to the Olympics, twelve of which are first time Olympians.  The team is heavy in the new ski slopestyle, ski halfpipe and snowboard slopestyle events that will debut at Sochi.

Said team doesn’t perform as well as NZ Herald columnist Dana Johannsen would have liked and she calls them on it. Her column exposes her complete lack of understanding of snow sports and the results being achieved by the New Zealand team. Cue the free ski and snowboard community in New Zealand going crazy, and rightly so.

Yours truly writes a right of reply blog that goes viral as an Aussie supporting the Kiwis and why Johannsen got it wrong. TV 3 sports reporter and friend of Johannsen’s writes one too and then even the NZ Herald eventually lets someone else speak.

Then it turns ugly.

The NZ Herald article closes comments from the public and a Facebook page is set up titled ‘Bullshit Articles Written by Dana Johannsen.” While the majority try to put forward a valid point on this page, others, too many others, post physical and sexual abuse online.

What a stupid blonde bimbo.

She needs a penis in her mouth.

Or a ski pole through the brain.

This page is so accurate. I’m currently studying for my fire arms so I can take care of business.

Not often would you label a kiwi an ignorant c**t, but I think for Dana Johannsen we can make an exception.

Just some of the posts and comments made about Dana Johannsen on the Facebook page in the first few days. Some, but not all, have since wisely been taken down but not before they remained on the page for days.

But attacking someone with physical taunts, sexual abuse and war like innuendo just because they disagree with your opinion devalues any real argument to be had. Keyboard cowards may think it hilarious to make derogatory sexist comments such as ‘she must have the shittest tits‘ as commented on one Facebook post outside of the set up page but I fail to see how Johannsen’s gender or sex life or body has anything to do with the piece that she wrote.

If anything it just reaffirmed her belief that freeskiers and snowboarders ‘don’t seem to give a flying 540.’

As a woman I find this online attack offensive, as a female in the snow world I’m not surprised, as a journalist I’m sadly used to the trolls and as a skier and snow sports lover I am disappointed that the argument has been lost.

Now Johannsen has come out with a response that takes away from the original point, that she did not do her research to understand snowsports before writing the original article.

The abuse is all the more poignant in the week that Kiwi personality Charlotte Dawson was found hanged in her Sydney apartment after a long history of depression and a public online bullying battle.

Skiing and snowboarding is about community and sharing a love of the mountains with mutual respect.

Let’s get back to that.