Home athletes When women in action sports are not pretty 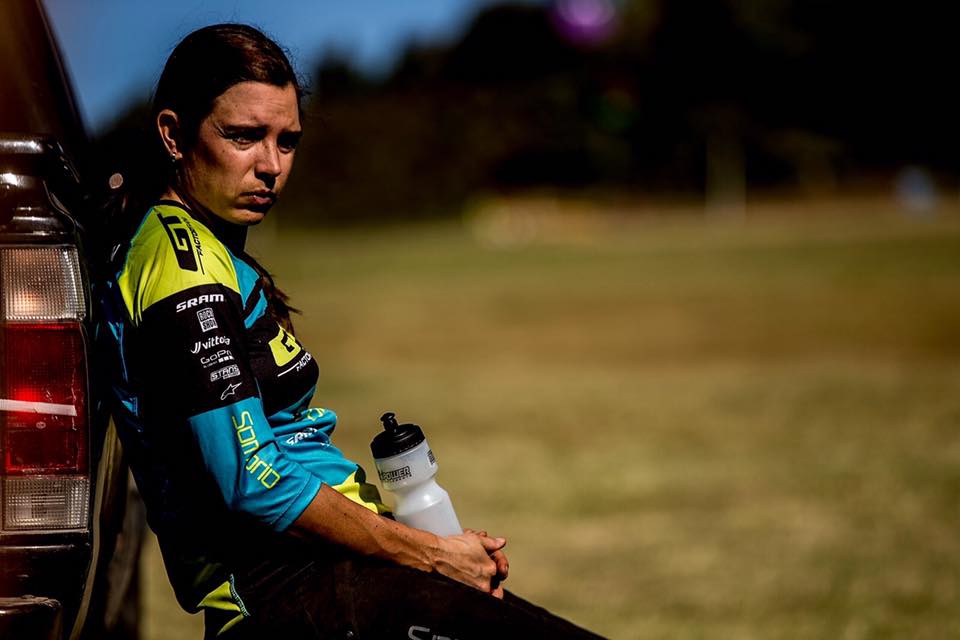 Former pro snowboarder, qualified heli guide and founder of StillStoked.com Alexa Hohenberg, writes for SnowsBest on female athletes in the action sports world and why It’s not pretty, even when they are.

When I look back on the female athletes I admired as a kid, they were strong, unapologetic badass women, who shattered gender prejudice and trail-blazed a highway for other girls to follow (thank you Lisa Andersen, Kealla Kennelly, Tara Dakides, Sarah Burke and Victoria Jealous). Young athletes and their fans today, are growing up in a very different world.

Unlike the women that came before us, this generation of female athletes have the added pressure of social media. Whether through clauses in sponsorship contracts, online social leaderboards or just keeping up with their peers, there is an additional game to play in proving your public popularity.

The extreme lengths that some women are willing to go in the chase for likes and followers varies from sport to sport. Athletes that don’t adapt, or refuse to play the social game risk being left behind. Sadly, so does the reality that the athletes show their fans: the images of blood, sweat and tears, of sporting success and failures, all in favour of a photo that will get more likes.

The power of social media cannot be underestimated. With the reduction in traditional media, social has fast become the primary channel for content.

It provides an instant connection with fans, allows for open dialogue and the opportunity to reach a wider audience. Historically women athletes were never given coverage in mainstream media so they went out and took it through their social channels.

In an interview titled The Fine Line of Instagram, professional world tour surfer Coco Ho confirms that ‘social media was when we got our head-start” but she says, it is also about balance. The over-sexualisation of content for likes in social media is something she thinks about a lot.

“It sucks sometimes because obviously surfing’s a sport, and you want the best surfer to win, but it’s all about finding that balance” she says in the interview. “The balance between sex selling, and being an athlete, and how far outside of the boundaries you’re willing to go. I think about that a lot.”

In the social-needia race to be Internet popular, Coco is an athlete that remains mindful of maintaining her own personal boundaries and the boundaries of what is acceptable within the sport itself. Some other athletes however, choose to work an alternative route, taking it a nipple to far.

Girls that play the game, such as surfer Alana Blanchard with her 1.6 million Instagram and 2.2 million Facebook followers, are no doubt, an attractive investment for a brand. One of the highest paid female surfers, Alana works the social like-bomb of high-cut bikinis and wet T-shirts like no other.

The public feed right into it, tapping that heart button and tagging our friends. But what about the women who actively differentiate themselves through their skill, not their body, is there still a place in this new-media age for them?

In comparison to Alana who fell off the world tour last year after not even winning a heat, many see very little financial support from the industry. Pro surfers Philippa Anderson and Silviana Lima who are currently ranked 5th and 22nd respectively on the International World Qualifying Series, had to resort to crowd funding to finance their World Tour dreams.

As did big wave surfer Paige Alms, worldwide inspiration Bethany Hamilton and female snowboard crew Full Moon. All sought crowd funding for their female-focused film projects. Johanne Defay who surfs within the top 17 on the World Tour, who only a few days ago finished first at the prestigious Fiji Pro, remains without a major sponsor.

While it is easy to bash Alana for working the system that continues to feed her without even having to surf, we also need to take a look at the action sports industry and who is responsible for potentially diverting funds away from the athletes, projects and female-focused inspirational stories that the sports and their fans need most.

To this date, there has only been one feature length, all-female surf movie not based on an individual, Leave a Message (produced by Nike who left the surf industry in 2013).

In marketing, we often speak of wastage when evaluating the success of a media buy or sponsorship. Wastage is money lost outside of your target audience, on people that will never buy your product.

When looking to invest in an athlete, any marketing manager worth their pay-cheque would assess who the athlete is popular with. The ideal candidate would have a high level of skill as well as a significant number of fans, likely to purchase their product (so no wastage).

In this day and age, you don’t need a high level of skill to develop a large fan-base and sadly, you no longer need to be an exceptional athlete to get or maintain sponsorship, just a large social audience and ‘marketability‘. The industry appears to be happy with large wastage in their sponsorship investments as last time I checked, middle-aged men in the Middle East weren’t the target audience for snowmobiles, wetsuit or bikinis.

“I wonder sometimes, what kind of message this is sending to young girls about the path to success? Obviously sex sells, but to whom are we trying to sell sex?When I buy equipment or gear, I buy it based on proven performance, not because some scantily clad sexed up girl promoting it.I personally would much rather see other women sending it, pushing their own limits, and the limits of their respective sports than done up half clad selfies with half the frame focused on their breasts… for the time being, thanks to all the rad chicks out there keeping it real and authentic, and pushing themselves and their sport.”– Nadia Samer, professional skier and snowmobiler

So why are some athletes with huge social audiences, full of wastage still seen as an attractive investment to brands? How can an athlete be on the world tour, in the top 17 surfers of the world, and still not have a major sponsor?

Something isn’t right when the selfie-taking, tits and ass girl with an iPhone and a following of sleazy men, gets financial support over the girls progressing the sport and risking life and limb. Like big wave surfer Paige Alms said, “Girls want to buy the cute bikini on a badass girl, doing badass shit whilst using it and not just wearing it!” and I couldn’t agree more, for bikinis, for snowboards, for sleds and for bikes. I wish the industry would take note.

“It’s a tough battle because I see that there is this easy way for me to continue to making money in this sport and I don’t want to go there. That’s not what I spent my entire career working for”

– Jen Hudak, professional skier in a video interview with SnowsBest

Women athletes across multiple sports have voiced their frustrations and asked for change from the industry they operated within. In 2014 after winning her second world title, surfer Carissa Moore penned an open letter to the surf industry asking for the girls to be ‘marketed tastefully’ and for surfing not to add to the ‘negative influences out there transforming women into something they are not’.

Her letter sparked a heated debate.

“I’m not going to wear the small bikinis. That’s not me. I’m going to take the more athletic approach. I love surfing, so I want to inspire people through my surfing… Young girls look up to me right now because I don’t do that stuff.” I wear clothes. I’m sexy because I leave stuff to the imagination, and I let my surfing do the talking”

In a video interview this year with SnowsBest.com, halfpipe skier Jen Hudak called for the ski industry to take more responsibility in differentiating between athlete models and the serious professional athletes that are raising the bar:

“The ski media needs to do a better job of covering women based on their skill and resisting the urge and the easy out of focusing on the females athletes who are decent athletes and really pretty”.

In 2015 surfer Pauline Ado took to video, making a spoof of the controversial Roxy ad which showed only ass and no surfing (The Inertia penned Ado’s video ‘a great big f**k you to the state of women’s surfing‘). After the viewer has had a good eyeful of only her high-cut bikini, she asks ‘are we done with your crap, can I go surf now?”

Indeed when will female athletes not be surrounded by this ‘crap’ and just be able to get on with focusing on their sport and not their looks or social media numbers?

It goes without saying that male athletes aren’t expected to sell their sex (although some do), being an athlete in their industry is enough. Paige Alms who was part of the beginning of women’s big wave surfing and is passionate about seeing that it has a future, wants to make sure things get done and change, “It’s about fucking time”, she said at the premiere of her crowd-funded film.

“Some young girls are very well-rounded and level-headed and cope with it all very well, but there are some girls that take it too seriously and it just seems so unhealthy for them. The worst part is that a lot of their parents are actually encouraging it.”

At the end of the day, there is the easy way and the hard way to get what you want and achieve your goals. There always has been, in all avenues of life, across all genders and social classes. It turns out, as a girl to get taken seriously and be respected you have to hustle harder.

The women that pioneered these sports didn’t do so by chasing approval from sponsors or strangers, they did it by working together to break down stereotypes, set new standards to make the sports more accessible and appealing for the next generation.

A lack of female role models is a key issue for female participation in sport and with limited funding for women as a whole, the industry decision-makers need to be cognisant of the role models and environment that they are creating for our younger girls.

I’m sure I am not alone in wanting the younger generation to be inspired by strong, courageous athletes rather then society’s idealistic vision of woman that surf, sled or slide on snow. Action sports culture is about being fearless, building the community and pursuing a passion.

So let’s all work together to inspire, inform and support fearless female athletes, to ensure our sports thrive and have a healthy future.

This piece originally appeared in StillStoked.com and titled ‘Sex Sells You Short – social media and the pressure on female athletes’ and has been reprinted with permission. You can follow Alexa and StillStoked on Facebook

Read more: Does Freeskier want me to have sex with my skis?

Read more: That time Freeskier asked a world champion to pose in a bikin