Home athletes Would you go skiing in North Korea? These guys did 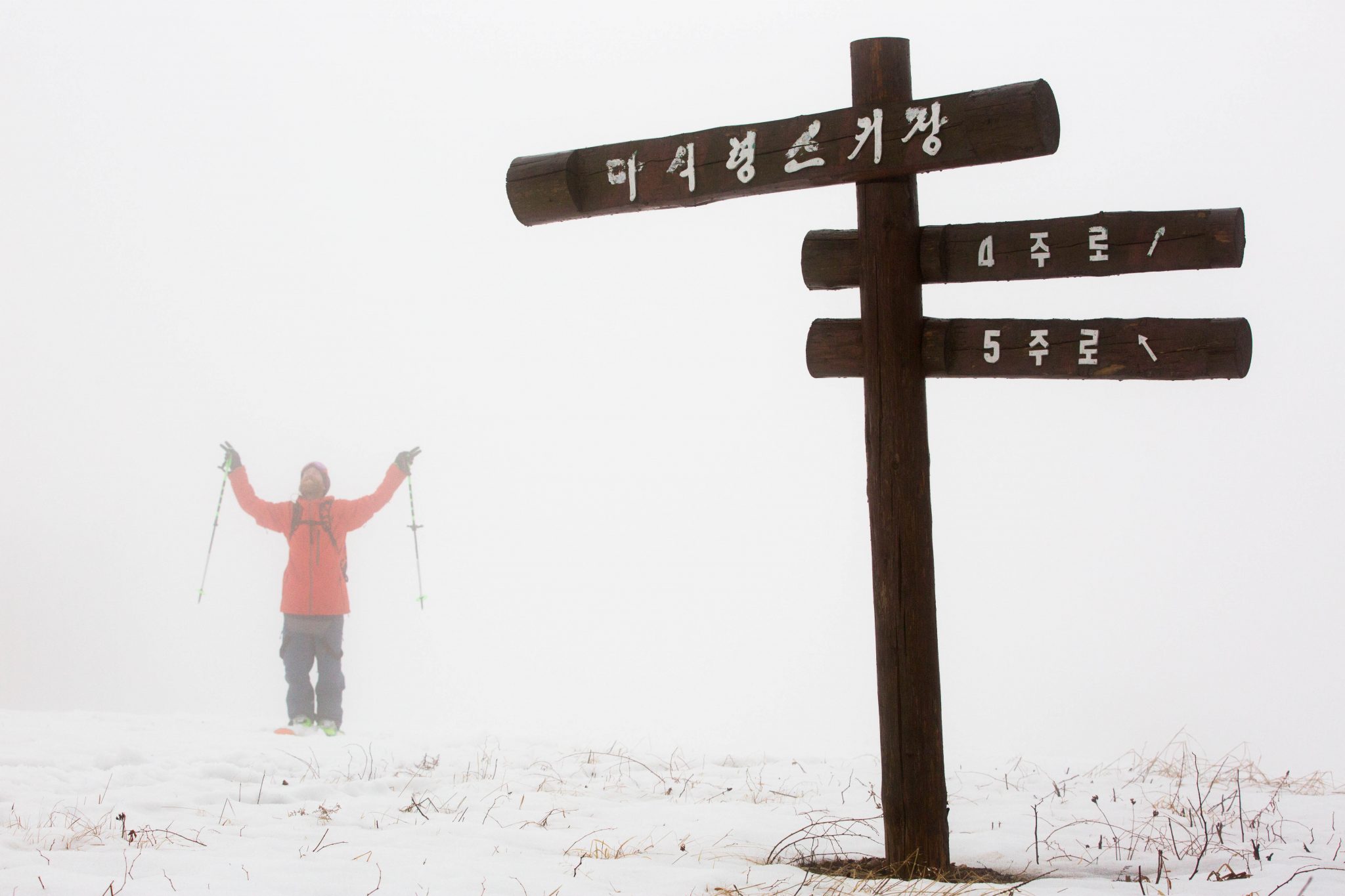 Sam Smoothy is the nicest loose cannon that New Zealand ever produced. How do I know how loose he is? Because I have had the pleasure of knowing Sam for over a decade now with many a funny story to be had.

I’ve watched him huck over huts of ski patrol explosives and flip over rusty barrels filled with lit metho and old cardboard in the club fields of New Zealand, all in the name of getting the shot.

So it came as no surprise when he told me he was hitting up North Korea (Democrat People’s Republic of Korea) to go skiing. I mean, this is the guy who chose to ski this line on the Freeride World Tour.  Kim Jong Un would surely just be a walk in the park, right?

The premise of Kiwi production house Colab Creative’s latest short ski film is simple, as told by The North Korean Chronicle director Will Lascelles. “Sam Smoothy goes to North Korea to check out their ski resort and try to relate to a culture that only recently introduced skiing to their repertoire.”

Smoothy, who insists there was no political statement to make or be made, describes the film as “a simple shoot from the hip guerilla style flick where Will from CoLab Creative followed me around with a camera, shot whatever happened and whatever we were allowed to shoot.

We certainly didn’t see the darker side of the country and we are not glossing over it, we just wanted to show the experience of being guided around a place and to give people a glimpse into what we think is the newest country to be trying out skiing and see if the locals enjoy the somewhat silly pursuit of skidding around on snow.”

That’s ‘diplomatic Sam’, he doesn’t come out to play too often, but I suspect he may have been a little spooked while on the North Korea road. Understandably.

“We were scared a number of times” confesses Smoothy. “There was this tension that only kinda fully went away when we were skiing. Oh and when asleep.

Watching them test another big rocket while being in the country wasn’t the nicest feeling in the world. Or mishearing our guide and calling Kim Jung-Ill little on day one was not super fun either. He hates being called that.

You would have these interactions and think things are going good, you’re making new buds and then it could turn real quickly to tension and you’d have to fight hard to stay calm.”

Getting access to North Korea was understandably not easy. The country is not known for fairy floss and unicorns, after all, and there is no independent media or religious freedom and that’s just two of a long line of human rights atrocities.

“It took months of research and planning to gain access. In the end, we went through a travel company based out of Beijing, who circumnavigated a lot of the complications of going in. (Koryo Tours, absolute legends.) They did a lot of background on us, making sure we weren’t going in with a hidden agenda” explains Lascelles.

“There were a lot of restrictions on the types of cameras I was able to take, and a lot of rules on what I was going to be able to capture, whilst on the ground. They made sure I wasn’t filming military, leaders, or the poor. It was very difficult at times, especially to abide by the military rule, as their presence is seen and felt everywhere you go.

As the director/filmer on the trip, it was incredibly frustrating not being able to film everything. There were some truly beautiful scenes that I was not allowed to capture because it showed the country as ‘poorer’ than they would like to be seen as, or perhaps there was military in the background.

Additionally, something as simple as getting a shot of the van driving by whilst I stood on the road, (a very common shot in most movies) was near impossible to do without a couple hours ahead notice. It was definitely the most peculiar shoot I have ever been on.”

Smoothy chimes in on the experience of filming in North Korea.

“We were taken everywhere by our guides/minders Reewa and Chay whose main job was to keep us from doing anything too stupid, to keep us out of trouble and all the while inform us on what was going on around us” continues Smoothy.

“We were only taken to approved places, shown approved things and the girls were also in charge of making sure we didnt inadvertently film anything that would land us in hot water.”

Hot water, like scared, is a relative term when in a country akin to North Korea, as Lascelles well knows.

“A week prior to our arrival, a young American student had been sentenced to 20 years hard labor for supposedly stealing a poster” explains Lascelles. “Being half American myself, with a strong American accent, definitely had me feeling a bit nervous before going in. Sam was on the same page, even though he hails from little ol’ New Zealand.

It’s safe to say that we were on edge during the whole trip. There were random power cuts at inopportune times, a firing of missile, more sanctions, the list seemed to go on and on, and that was only during our short time in the country.

One day, I swear, I saw a bear platypus in a cage. That’s the only way I can describe it. A bear platypus. I tried to question what I had seen, but the subject got changed quickly. Sam and I decided to drop the subject.”

“I think my favourite part were the chats we had with Reewa and Chay” says Smoothy about the time spent in North Korea.

“We talked about things I never would of thought of, like how each country dates and gets married, what we thought of the rocket launch, we even told them about how people take recreational drugs in the western world which kind of blew their minds.

They were so lovely to us and really knew so much about the world, in a very book smart kind of way though, and were just so friendly and fun to hang with. And seeing how much fun Reewa got out of learning to ski was pretty special. Without wanting to get political we are all people at some level and I loved learning more about them.”

But what about the skiing?

“The skiing was super fun, there was really fun rolling east coast American style terrain but unfortunately we struck bad weather, as can happen anywhere, and it rained to the top on us. But we still got out there amongst it and the potential for good skiing is definitely there” says diplomatic positive Smoothy.

“We only hope that this films opens peoples minds to what is outside of their comfort zone. We aren’t encouraging anyone to go to the DPRK on a ski holiday, but we aren’t discouraging them either. We hope everyone takes away something different from the film.

We know we will get a lot of hateful messages from politically minded people, but the hope is that most people will see beyond that and realise that we are just a couple of guys who weren’t afraid to explore beyond the norm.” Sam Smoothy and William Lascelles.