Home Guest blogger 5 signs you have the between season blues 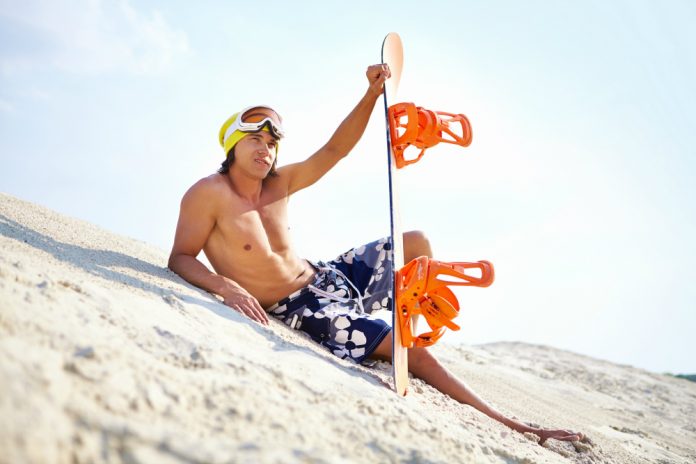 For those skiers and snowboarders who do back to back winter seasons, coming home can be both the best and worst part of our year. Of course we’re happy to be back home. It’s comfortable, warm, and often saves us money. Of course we’ve missed our friends, family and pets and are glad to see you again.

Some of us find it really hard to settle back into regular life – even if it’s just for a few weeks or months.

I felt this more keenly than ever this April-May because I was forced to come home early due to a snowboarding injury. It was only a matter of days before I was feeling restless, agitated and down. And I know I’m not the only one.

So I sat myself down and tried to really think about why this happens. Aside from just really missing snowboarding, this is what I came up with:

Those of us who do back to back seasons live away from our home towns for around 9 months of the year. During these periods I rent a place with my adopted family (my friends) and do the whole ‘adulting’ thing quite well. Wherever I’m living, I feel truly at home.

But when I ‘come home’ to Sydney, well, it’s not really my home anymore is it? It’s my mother’s home and she lets me stay with her for a while. Sometimes I go and stay with my father in rural NSW or my sister in Melbourne but they’re just visits and I always feel a little like I’m getting in the way. Everyone has their way of living, their habits and preferences that make their worlds go around. I just stand on the edge of their circles, watching them play out their lives.

What do I talk about now?

Snow towns are tight knit communities where we love talking about snow-stuff all day, every day. We talk non stop about the weather and snow conditions, we compare gear, swap boards and skis, share videos of 9 year olds doing backflips and debrief about our latest lesson wins and fails. It’s a microcosm where everyone has a similar experience and similar passions, which is a really nice feeling.

Outside of that little world, we can be left feeling a little lost. When we catch up with friends and family at home we might find that we don’t have as much in common with them anymore.

No matter how much I want to talk about freezing levels and board stats, I know they don’t really care.

Our seasons are usually pretty hectic. We ski or snowboard every day, usually work 6 days a week, are in constant contact with people, we party, we train and exist in a generally amped atmosphere. That’s a lot to come down from.

While it’s definitely needed, a lot of us find it hard to come home and chill out. Physiologically speaking, less activity means a major drop in endorphins and serotonin. This can lead to all sorts of problems like anxiety and depression. But hey, at least we’re getting some sun to combat that seasonal affective disorder, right guys?

Money is always a problem during this time as seasonal staff are mostly unemployed outside of winters. The inconsistency of our work also means a lot of us can’t get a house deposit or even a credit card.

I do freelance writing, which is hit or miss, but rarely can we find a full time job that is willing to have us for 4-8 weeks at a time.

While working at a snow resort, you’re in a place where people know you. If you’re an instructor you’re often running around in uniform, commanding at least a little respect, and you’re in a place where your qualifications and experience matter. But when you come home, there’s a sense of stepping into a new world where no one quite knows what it is you do.

Suddenly you’re just some pleb who likes to snowboard.