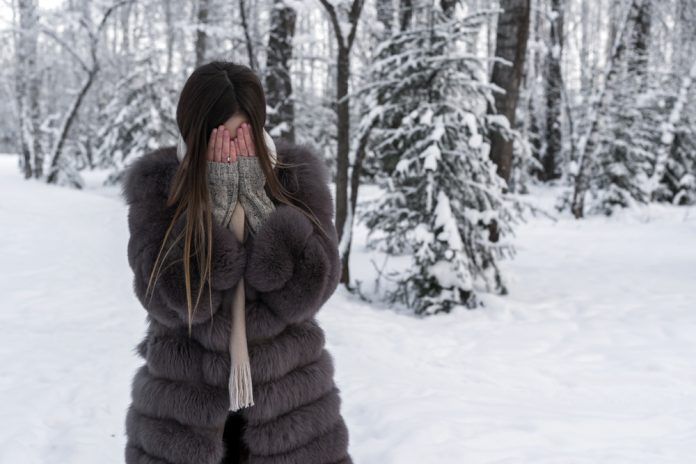 Before I worked in ski resorts, I was a tourist in ski resorts. I saved for my ski holidays for ages. I had a countdown happening on my phone, I googled the place like mad. And once in resort, I made the most of things. I skied every day, from lifts opening to lifts closing; I went out for dinner and drinks every night; I envied the people who got to live their lives in ski resorts.

I envied them so much that I became one. A seasonal worker.

In my eyes, every seasonal worker was living the dream. A week on holiday in a ski resort is heaven – so why wouldn’t six months be like an extended version of heaven?

The truth is that a surprising amount of people struggle with seasonal work. And now we’re in February – the deep winter month where depression really starts to take its hold on seasonal workers – I’m reminded of just how much of a struggle your average season can be, and how nobody really talks about it until it’s upon them.

Let’s get one thing out of the way before we continue. It is a privilege and an honour to have the opportunity to do a ski season, let alone multiple ski seasons. Five seasons in, I still wake up and get excited when there’s fresh snowfall outside. I still look at the mountains in awe and I still get absolutely giddy on a great ski day. I have learned how to take care of myself and my environment so that it’s a relatively healthy and positive one.

But I’m very much aware of the shortcomings of what a seasonal life holds. It’s so far removed from a regular lifestyle that moving into it can be a huge shock to the system, and yet unless you’re living it, it’s impossible to grasp what it’s really like.

So – this is what the struggle really looks like.

You live in the cold for six months straight, occasionally going weeks without sunlight as you walk to work with snow pelting against your face. You take tablets in an effort to combat the effects of a Vitamin D deficiency but sometimes you still wake up sad for absolutely no reason and have to remind yourself that you’ll be happy again on the next bluebird day.

You work on Christmas, New Year’s and Easter when everyone else is with their families. You work in a pretty mindless job that has little job satisfaction, that is also probably of little benefit to your resume. You get paid the equivalent of $11 per hour. Before tax.

Outside of work, you ski and snowboard when you have time. You feel guilty when you have a day off and you don’t go skiing or snowboarding. You need to do your laundry or cook a week’s worth of healthy meals or at least run an errand just one time, but you should be out there from first lifts to last lifts, making the most of it.

You don’t go out to dinner – you can only occasionally afford that kind of extravagance. You can afford the cheap cafeteria food that’s heavily discounted for staff – chips and chicken for days, anyone? – or convenience store food and that’s about it. Vegetables are hard to come by, or they’re expensive, or they’re all wilted by the time they get to the on-mountain shop.

You live off a bulk pack of noodles for a few months and wake up one morning with what you think might be scurvy. Or the plague.

Speaking of scurvy – you’re sick all the time. You’re living and working in confined spaces with people who are also in seasonal environments. Or with people who have just been on planes, which are essentially giant incubators of germs. One person gets sick and everybody gets sick. The viruses form, go in a circle, mutate and then go in another circle. You will forget what it’s like to live without a runny nose.

You probably live with 15 people in accommodation that is absolutely not designed for 15 people. Maybe even 40 people, in a lodge with one bathroom to be shared between 25 girls. You will have to have a shower roster for getting ready for work in the morning. The kitchen will never, ever, ever, ever be clean. And someone will regularly eat all of your toast.

READ MORE
5 signs you have the between season blues

You drink because there’s not a lot to do in ski resorts that isn’t skiing or drinking. You drink the big bottles of cider that your friends tape directly to your hands. You can’t afford dog sledding or snowmobiling or cat skiing or heli skiing or essentially do any activity that costs more than $5. You get pretty good at free pool and free darts. You consider how much of your body is now made out of cider.

I love you but the season is over

You make friends. You make some really good friends – some really great humans from all corners of the world that you’re very grateful to get to know. And then it rolls around to the end of the season, and you say goodbye to them all – not knowing when you’ll see them again, or even if you’ll ever see them again.

You question your life choices, over and over and over, while your friends from home message you to ask when you’re coming home, and your family calls to critique you on giving up your accounting job/your steady income/your healthy lifestyle.

So what do you do to try to combat it all?

The answers are easier said than done, although it’s worth a try. Go into the season with realistic expectations. Be kind to yourself. Surround yourself with positive, funny, loving people that are as far from toxic as you can get. Try to eat a vegetable and a fruit every day. Exercise. Do some yoga. Buy yourself a treat once in awhile, even if it’s just a hot chocolate.

Bring a hard drive and embrace the at-home movie night (popcorn is cheap). Get out on the slopes whenever you possibly can. Ski with your positive, funny, loving people. Grab sunny days with both hands, expose whatever skin you can, and soak up the Vitamin D like you’ll never see it again.

Go for a walk, or a snowshoe. Hug a local dog. Sleep at least eight hours a night. Wash your sheets. Kiss someone who thinks you’re wonderful.

Get away from the ski resort and see a nearby city, a nearby town, a nearby mountain. Borrow a car and go on a mini road trip. Buy a bus ticket, even if it leads to nowhere in particular. Remind yourself that you once wanted exactly what you have.

Remind yourself that it’s okay to feel a bit shit sometimes. And then exhale, and try to make the most of it.

From one seasonal worker to another – you got this.