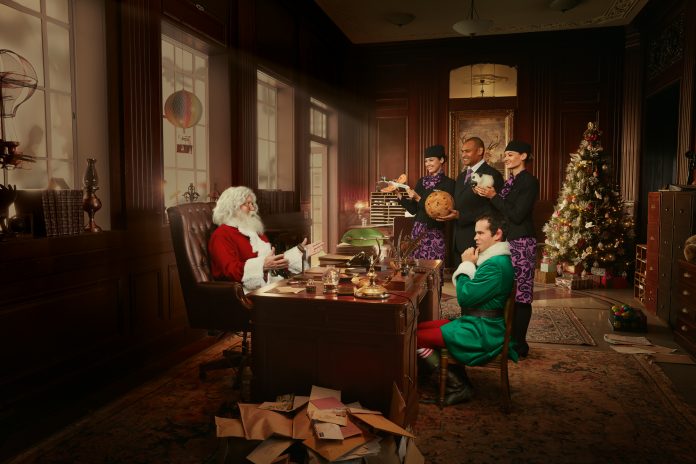 It’s hard as an Aussie in inzid not to take the puss out of the kiwi ixcint. Air New Zealand have excelled themselves with an hilarious ‘Mirry Christmus’ video released today.

Air New Zealand has poked fun at the Kiwi accent with a heart-warming new video out today of Santa taking calls from Kiwi kids keen to tell him what they want under the tree this Christmas.

‘A Very Merry Mistake’ shows Santa trying to decipher a number of unusual requests from New Zealand children which have been lost in translation including everything from biscuitballs (basketballs) and puggy banks (piggy banks) to bug screen TVs (big screen TVs) and a book of magic trucks (tricks).

Miriam Meyerhoff, Professor of Linguistics at Victoria University of Wellington says: “New Zealand English has had 150 years to go native. In that time, the short vowels have wandered and that’s what makes it sound so distinctive – as the flight attendant in the video explains.  It’s great to see Kiwis owning this distinctiveness and embracing it for comic effect.”

Air New Zealand will be giving away some of Santa’s mis-made toys shown in the video via its social media channels in December while those in New Zealand who book a flight on the Air New Zealand website between 4 and 22 December or via their travel agent can enter the draw to win $10,000 Airpoints Dollars™.