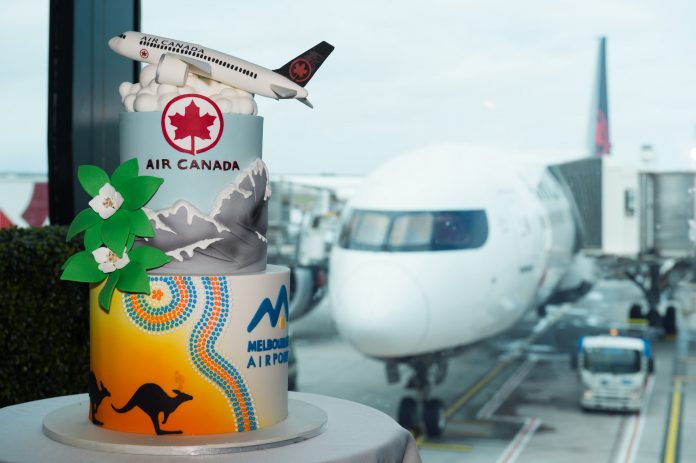 The seasonal service will now operate four times weekly between Melbourne and Vancouver until 4 February 2018, with year-round services beginning 3 June 2018.

“Our seasonal service will be of particular interest to Australians travelling for a Canadian winter vacation and North Americans travelling to enjoy Australia’s summer season,” said Smith.  “The launch of year-round service next June will provide additional options for business and leisure travellers between our two continents.

“Our Melbourne flights complement our daily flights to Canada from Sydney and Brisbane, solidifying our market-leading position as the airline providing the most service between Canada and Australia. The seamless connections through in-transit pre-clearance facilities combined with our extensive domestic Canada and USA network at our Vancouver hub positions YVR to be the preferred trans-Pacific gateway for business and leisure travellers travelling between Australia and North America.”

“We are also thrilled that Air Canada has announced year-round service to Melbourne, prior to the start of the seasonal service,” said Richmond. “This is an incredible achievement for our airline partner and showcases Air Canada’s commitment to growing its transpacific hub at YVR.”

Simon Gandy, Melbourne Airport Chief of Aviation, said Air Canada’s landmark service was the first of its kind to fly from Melbourne to Canada, and would open up unprecedented access to North America.

“It’s the perfect time to launch this service and we look forward to welcoming Air Canada’s year-round service in June 2018.”

Flights are timed to optimize connectivity to and from Air Canada’s extensive North American network through the airline’s Vancouver trans-Pacific hub.  All Air Canada flights provide for Aeroplan accumulation and redemption and, for eligible customers, priority check-in, Maple Leaf Lounge access, priority boarding and other benefits.