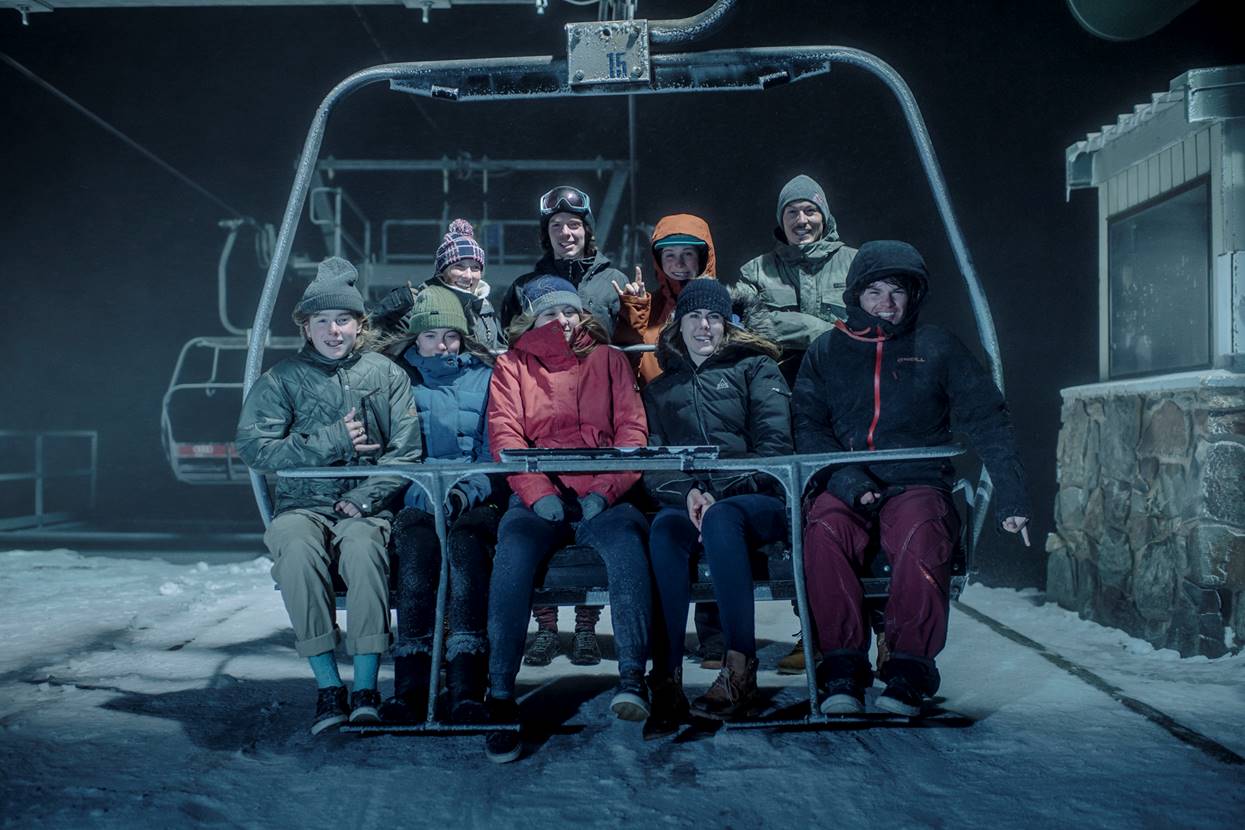 Ben Tudhope, Cora McCloskey, Tamara Cowley, Ellise Turner, Adam Lambert, Alex Dickson, Carter Mills and Georgia Baff were the lucky ones tapped on the shoulder by the man himself.

We asked Chumpy how it all went down.

How did Chumpy’s Boarding House come about?

Helping the next generation of boarders has always been a goal of mine. The sport of Boardercross is growing rapidly and for quite a few years now, I’ve been working closely with the SSA Futures camp each winter. So I saw an opportunity to select a group of riders who are looking to make the move up to the World Cup tour and work with them more closely.

There are a lot of great coaching programs out there, but the aim of Chumpy’s Boarding House was to develop talent not only on the slopes, but give them a range of other skills and disciplines that you need for a professional snowboarding career. Mount Hotham was the perfect place to host us, as Hotham has been the real SBX hub in Australia since I was a from.

Red Bull came on board to make it all possible and we brought in a few other experts in specific areas for things like board prep and nutrition. We lived in the same house, living and breathing the sport for four days. We cooked together, worked on boards together, did video reviews, media training and interviews, photo shoots and just about everything else we could pack in. It was awesome.

How did you choose the eight people to stay for the week?

I selected a group of six young snowboarders who I felt are the best of the next generation of riders, taking their age and results into account. A couple more riders were also selected from the Futures camp, who I felt would benefit from the experience with the group. They hadn’t worked together before, but everyone really pulled together and we had an incredible week.

What was a typical day at the Boarding House like?

Each morning we were up early and ate a good breaky together. Then we warmed up while discussing the conditions outside and how we could make the most of the day. We had a direct view of the SBX track from the living room, so it was perfect.

I encouraged everyone to take ownership of exactly what they wanted to work on so I could help each individual get the most out of it and get them thinking about their own strengths and weaknesses.

After lunch, we were back out on freestyle boards, riding the whole mountain. I threw them a few unexpected things to work on such as working with our photographer, Brett Hemmings, to get a good shot. We rode till last lifts, then headed back to the house for a stretch and to review footage that was captured of each rider. We watched and discussed the videos with each of them, identifying areas for them to focus on. The day-to-day improvement of the riders really impressed me.

Other activities included a detailed tuning seminar by Ross Hindman, a talk on performance nutrition by Harry Routledge and a chat about how to work with sponsors and media. I even surprised them with a camera crew for interview practice.

Will you run this again next year?

I’ll still be working with this group a bit further here and there as the season goes on, so I haven’t thought too much about next season yet. But it is something I will definitely aim to grow in some shape or form year to year.

What do you think it takes to make a snowboarding champion in Australia?

A passion and drive to be the best. Attention to detail in every area. A clear head on your shoulders to keep focus in every situation. An attitude to see the potential in every situation and result, win or lose. The ability to enjoy what you do for the right reasons – because you want to be there and no matter what anyone else might be doing, you still love it like you loved your first run on an SBX track. Above all, having lots of fun every step of the way.

Who surprised you the most during the week?

Everyone really stepped up, which was great to see following a big few weeks of training and competition. It was awesome to see that the sport here in Australia has such a great mix of guys and girls who love it and are pushing for the top, and I felt a good connection with each of them as we worked on different things.

I would say that Ben Tudhope is one to watch out for in the future. In every respect he acts above his age, but mostly he just loves what he does so much. I think everyone on the camp would agree with me that it was great to have his energy and commitment in the group.

I felt very lucky to have the opportunity to work with them all so closely and share our passion for snowboarding right here in Australia.