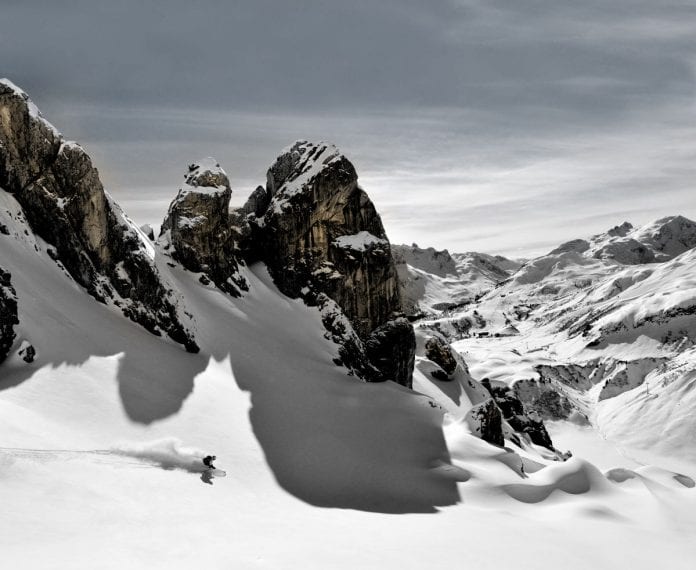 Skiers and snowboarders are a romantic bunch. We’re easily seduced by the sights, the sounds, the smells of the mountain life: the scenic views of untouched powder and endless snowy vistas, the fireplace crackling in the lodge, the mulled wines poured at après.

Enter the most romantic place of them all. The Arlberg in Austria, commonly recognised as the ‘cradle of alpine skiing’, or the birthplace of skiing as we know it.

We’re talking about a world where celebrities and backpackers alike wander through the village streets; where the pedigree of old-school ski families runs deeper than anywhere else; where the resorts now link together to form one of the world’s largest ski areas. 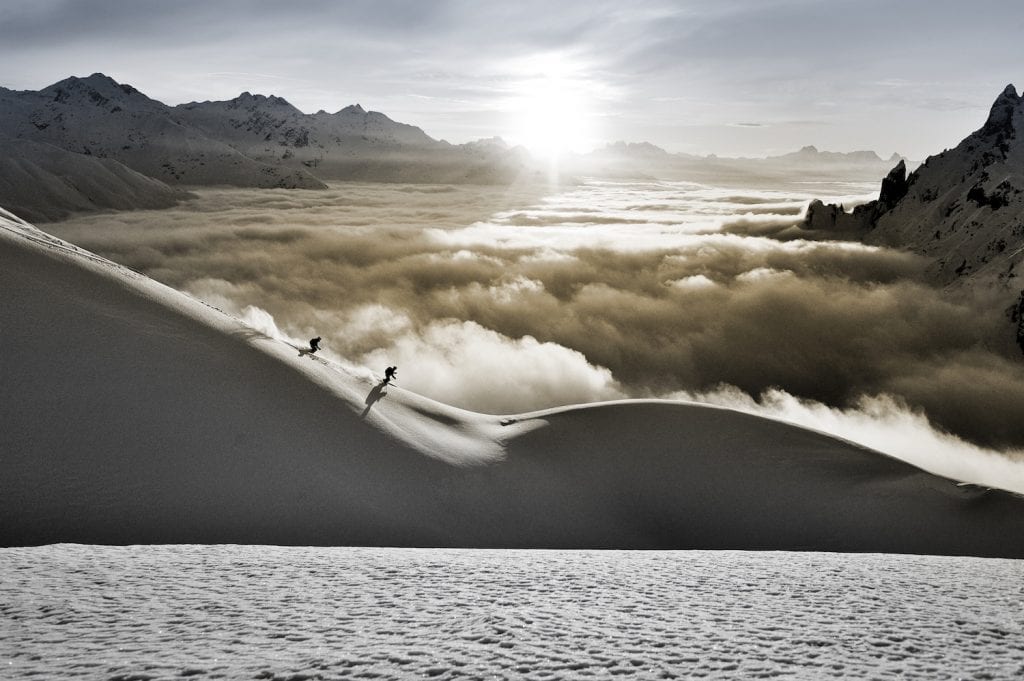 As early as the 1400s, travellers would trek 1793m up the Arlberg Pass to access the East-West trade route through the Alps, and meet the farmers of the poor mountain villages along the way.

In 1906, the very first ski course was completed in Zürs, and the farmers of the Arlberg recognised exactly how useful this new sport could be. From there, the concept of the ski holiday was born. Over the years, the St. Anton, St. Christoph, Stuben, Zürs, Lech, Schröcken and Warth areas all joined together through lift access, forming what is referred to as the Arlberg today.

Austria’s first ski school also originated out of St. Anton in 1921 with Hannes Schneider, who came up with the ‘stem turn’ – a technique still used in ski schools.

The piste and the off-piste

Try a casual 305 kilometres of ski runs. For context, that’s around the same distance as driving from Sydney to Canberra. And that’s just the on-piste runs; you’ve also got 200 kilometres to choose from when venturing off-piste with a guide. Helloooo boasting rights.

Did we mention Austrian ski instructors are known as the best in the world? Good time to get a lesson.

A combination of air flows in the area thankfully causes enormous amounts of precipitation – and while those old-school farmers might’ve seen some serious challenges because of it, modern-day ski lovers are nothing but stoked.

The Arlberg receives an average of nine metres per season, with snow measurements going all the way back to the 1946/47 season. With a season running from November to May and an epic altitude of between 1,300 and 2,800 metres above sea level, you can’t go wrong. 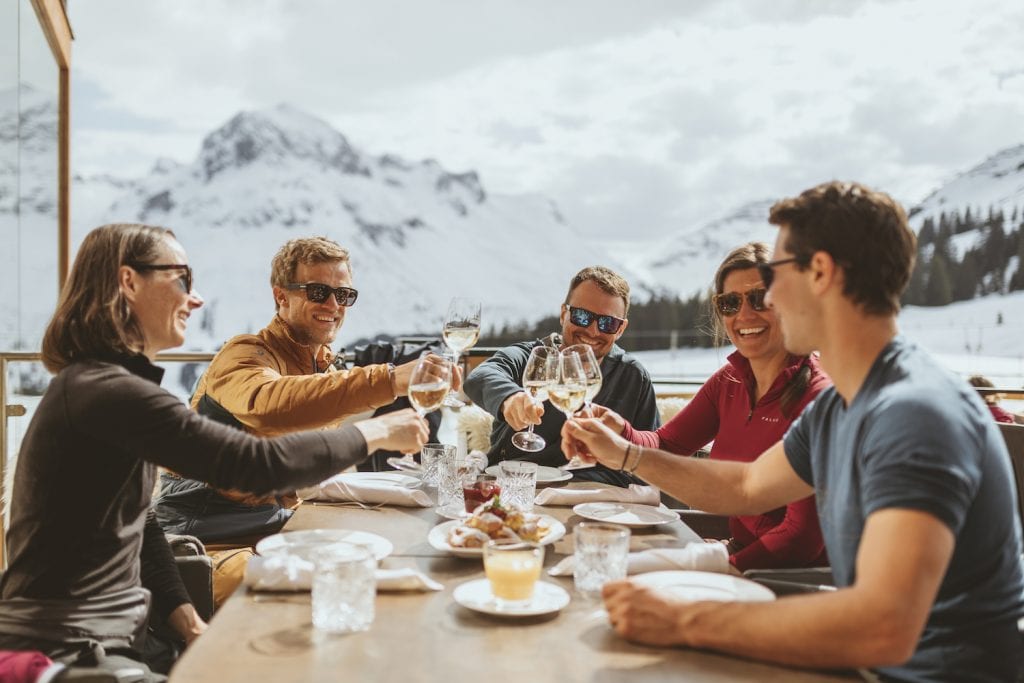 The five villages of the Arlberg also happen to have Austria’s highest density of award-winning restaurants, including Michelin stars, so you know you’re in for a good food time.

Picture sunny terraces with epic mountain views; steins of beer, or glasses of wine from on-mountain, world-class wine cellars; regional fare along with gourmet options. For the uninitiated, Austria’s national dishes include wiener schnitzel, goulash and apple strudel. You may need to roll back down the mountain instead of skiing, though.

The home of European après

There are obviously plenty of options scattered throughout the Arlberg, but the ‘Mooserwirt’ bar is infamous for being a seriously rowdy time, selling more beers throughout its winter season than any other location in Austria.

They also have a spectacular champagne bar with bottles that’ll set you back up to 3000 Euro, if that’s your kind of thing; and a DJ that’s been spinning tunes for over 28 seasons. Bring us the Glühwein.

The cute as a button Tyrolean villages

Think authentic Tyrolean mountain village vibe, with pedestrian streets scattered with hotels, restaurants, shops and bars. Much of the accommodation is still in timber and stone farmhouses that have been around for centuries. Keep an eye out for the 17th-century church in St Christoph – surrounded by mountains, it’s spectacular.

It’s not all about skiing

It just isn’t a European without a legendary ski race. The White Ring is a 22km circuit that connects Lech, Zürs and Zug and includes various runs and lifts.

It sets the scene for a race each year where ski enthusiasts try to beat the record for the circuit’s fastest time. The record is just 44 minutes, which is pretty impressive when you consider that the lift time totals about 30 minutes. The best news is that even if you miss the race in January, you can do the circuit anytime.

Want to know more about the Arlberg? Go on and get clicking right over here.