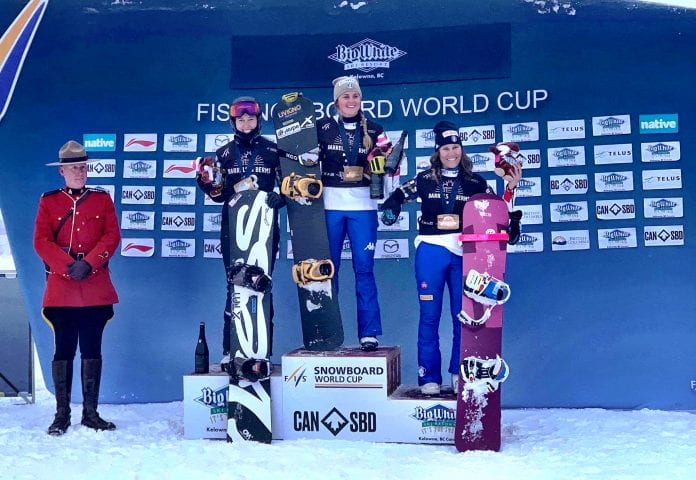 “I had a lot of equipment malfunction” a relieved Brockhoff commented after the race.

“I had my boots break, parts on all three of my bindings break and my warmup gear broke. Had to duct tape it all up. I wasn’t feeling confident yesterday and had a bit of bone bruising in my knee. I just made the switch mentally before I went to sleep.”

The podium result is the ninth medal of Brockoff’s World Cup career (3 gold, 4 silver, 2 bronze), and puts her in second place on the World Cup standings after three events this season.

“Six months ago, I didn’t have the confidence to ride in conditions with very poor visibility” said Brockhoff.  A lot of that confidence came back yesterday and today, which was more of an achievement than a silver medal for me.”

Taking the victory was Italian rider Michela Moioli with her teammate Raffaella Brutto in third.

Hughes out, Bolton and Brockhoff to race mixed SBX in Beijing