SnowsBest
Home USA Colorado How one man in a trailer park is changing the shape of... 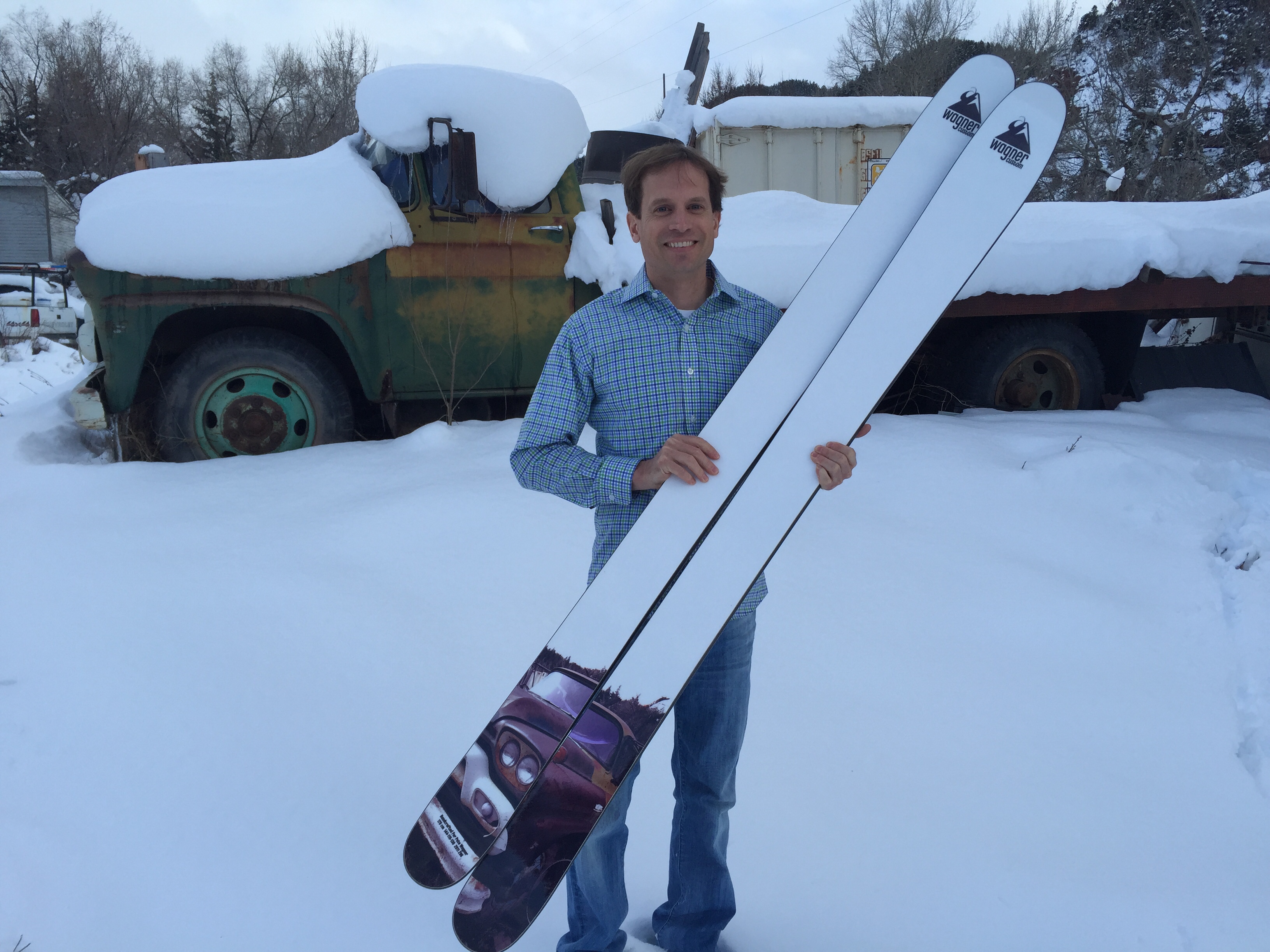 You have to earn your turns in remote Telluride as the ski Mecca town is far from easy to get to and is accessed by a single road in that is the same road out.

The box canyon town has no need for traffic lights, is home to around 2000 people and is a seven hour drive from the Colorado capital of Denver or a 90 minute shuttle from nearby Montrose regional airport.

That shuttle passes through the tiny town of Placerville, home to 544 people, a general store and a trailer park. This is where you’ll find 40 year old Pete Wagner and his team from Wagner Skis, hand crafting custom made bespoke skis that are single handedly disrupting the ski industry.

While many things in Telluride have yet to catch up with the outside modern city world, Pete Wagner is not one of them. He is, according to many, leading ski innovation.

Wagners (as they are colloquially known) are a badge of honour in Telluride. Spot them in the lift line and you know the skier strapped to these planks has handed over up to US$2000 – 3000 to have a pair of skis made just for their own unique skiing style.  Pete Wagner calls this “Skier DNA.”

David Letterman has not one but two pairs and Red Bull Cold Rush pro skier Greg Hope swears by them. The company makes around 1300 pairs a year for customers in Canada, England, Japan, Brazil, Argentina, New Zealand, Australia, Europe and even Lebanon.

The Wagner ‘head office’ is in an old gas station next to the trailer park. There’s a large solar thermal panel on the roof for heating and a couple of rusty old trucks abandoned in the car park.

Step inside and you’ll discover former golf engineer, Pete Wagner, surrounded by a plethora of custom made skis including the originals from Hot Tub Time Machine that they made for the movie.  There’s also a pair with graphics featuring the same abandoned truck outside.

No two pairs of Wagners are never the same. The Skier DNA is determined for the client through an extensive online questionnaire and a half hour phone or Skype session to determine what kind of skier the customer is and what kind of ski they are looking for.

Then the skis are hand designed and crafted. To top it off (no pun intended) clients can provide their own top sheet design or consult with the Wagner in house graphic designer, Heather Baltzley, to create their own.

It takes a lot of trust to purchase skis you don’t get to test until you have the finished product. But the return rate of skis is so low that only one pair was returned out of 1300 last year alone. Many return to buy a second, third, even fourth pair.

Pete is not what you imagine. Correction, not what I imagined. I first met him at Allreds mountain restaurant in the winter of 2014/2015.  He wore a button down shirt and short hair and looked more like a golfer than the uber cool pro skier I had envisioned in my head.

Then he spoke and quite frankly he was hilarious with a dry shoot from the hip sense of humour that’s hard to find in America. In Australia we’d call him a shit stirrer, a compliment of a high entertaining order, the kind of guy you want to hang around.

His team of 13 engineers, designers and craftsmen think so too. But then with a ‘powder clause’ allowing you to hit the ski mountain on a powder day and come in at 1pm till 9pm instead, why wouldn’t you?

Whatever he’s stirring it’s clearly working as he’s been heralded by Bloomberg, written up by the Wall Street Journal and got his noggin in the New York Times.

Want more? You know you do.