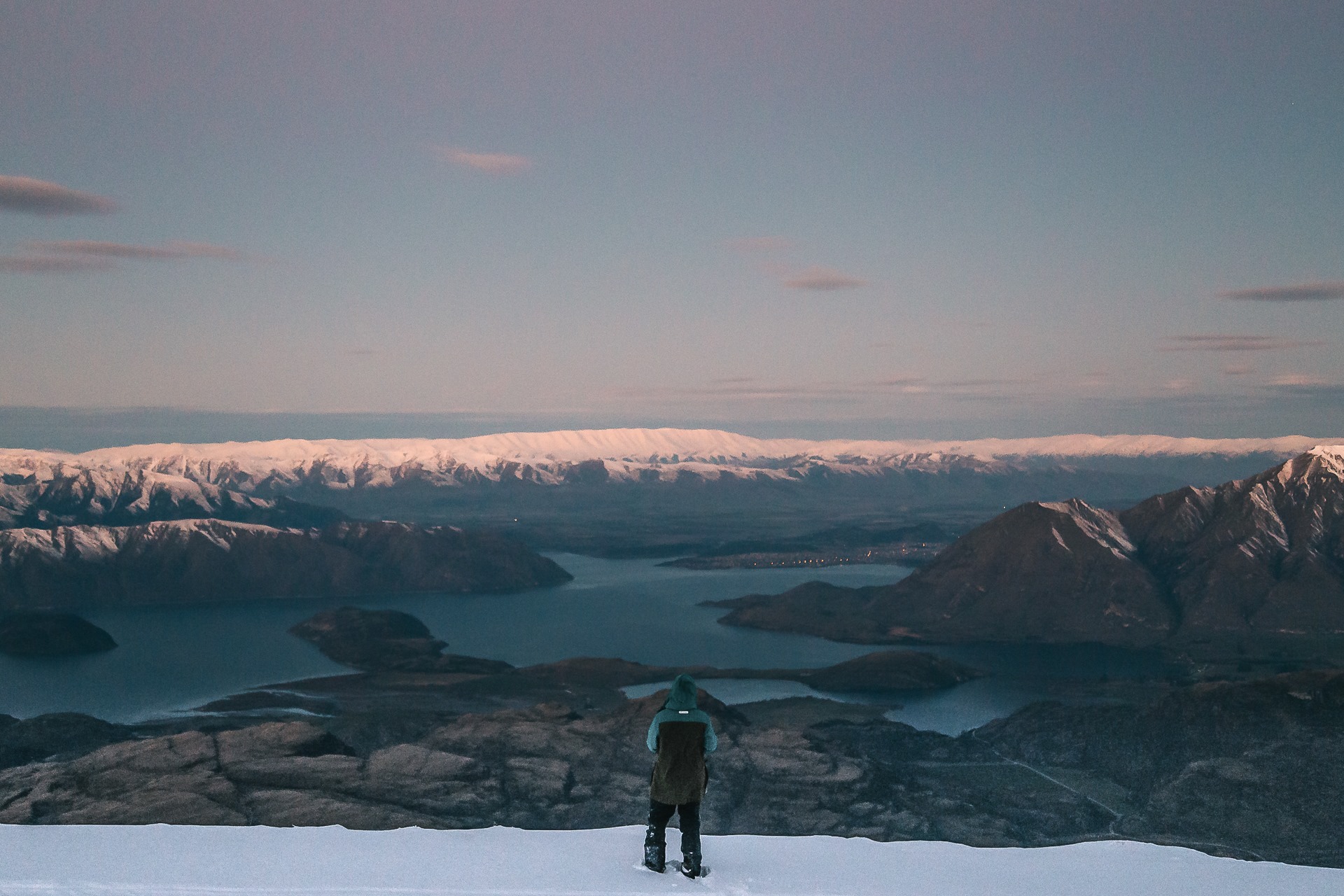 You know that one drop-dead gorgeous friend who’s good at everything and boldly proclaims so to anyone who’ll listen? That’s Queenstown.

The darling of the international wanderlust scene and confident beyond measure, Queenstown is a densely packed conveyor-belt of ‘optimal experience’ where adrenaline is traded like a commodity and the tourist dollar rules supreme.

Wanaka is different. Just an hour by car but a world away, Wanaka is the introspective antidote to Queenstown’s Kardashian-like attention desire disorder. Wanaka is a town with soul.

A sanctuary for the misfits and a playground for the dreamers, Wanaka is a slice of paradise that leaves a lasting impression on those who visit.

There’s a stillness here that’s never given the chance to break through in Queenstown; the sound of cash registers turning over and over so incessantly distracting.  As you stand by the shores of this lake and stare with soft focus into the horizons of mountains before you, you can’t help but be affected by the calm.

Wanaka doesn’t need to proclaim its beauty or its worth because Wanaka just is.

I first stood on the edge of Lake Wanaka back in 2002 when I was travelling the South Island of NZ on a 2 week roadtrip. I’m a born and bred Tasmanian and grew up between Hobart and Melbourne listening to mum and dad recount tales of university ski trips across the Tasman to a mystical place called Mt Hutt.

I never payed much attention. I was more interested in chasing my ski dreams to the places I’d seen in the movies – Chamonix, Whistler, Squaw Valley, Aspen. The strange islands to the west that were full of sheep and funny accents weren’t even a blip on my snowy radar.

It was the fledgling sport of slopestyle skiing that brought me to New Zealand in the early naughties. On an unassuming slope at the foothills of the Southern Alps, history was rapidly being written at Snow Park NZ.

An entrepreneurial visionary in a small farming town at the bottom of the world had decided to put the southern hemisphere’s most advanced snowmaking system to use purely for the purposes of building jumps and halfpipes, and it generated so much buzz in the international ski scene that it was completely impossible to ignore. I had to come and check it out. And when I did, part of me never left.

At first I would do short trips, but very quickly I decided that I wanted Wanaka to be the place that I left home from and came home to. That was 10 years ago.

A designated Lifestyle Reserve, Wanaka offers its own special version of kiwi paradise with extraordinary clarity and unaffectedness. Surrounded by mountains, glaciers, lakes and rivers, the recreational opportunities here are endless. Whether you’re wingsuit flying or wine tasting, there’s an activity and a pace for everyone.

For me, it’s still primarily the skiing that keeps me here. With just four action-packed months to get your snowy fix, the kiwi ski season takes you on a rollercoaster ride of emotional upheaval. Rewards in pow require serious dues to be paid: right place right time seize-the-carp kinda skiing.

It’s that stoic determination that makes the kiwi ski scene so uniquely rad and is what continues to keep me hooked year after year. Though SnowPark no longer exists, our 2 local skifields complement each other perfectly.

Cardrona has the world-class park, groomers and easy access to gentle backcountry, whilst Treble Cone holds its own amongst the international meccas of freeride and still has the greatest views of any ski resort in the whole entire world.

I count myself lucky to have found my place in the world in this special little town. I am inspired daily by the energy of a passionately driven local population of adventurers and visionaries who seek the most out of living in this special corner of the world, and increasingly appreciate the counterbalance of calm that Wanaka brings.

When you’re on your next trip to NZ, after you fly in to Queenstown and rent a car, point the nose towards the Crown Range and have a peek at what’s over the other side of the hill. Part of you might never leave.