Home USA California Most terrifying winter drive of my life 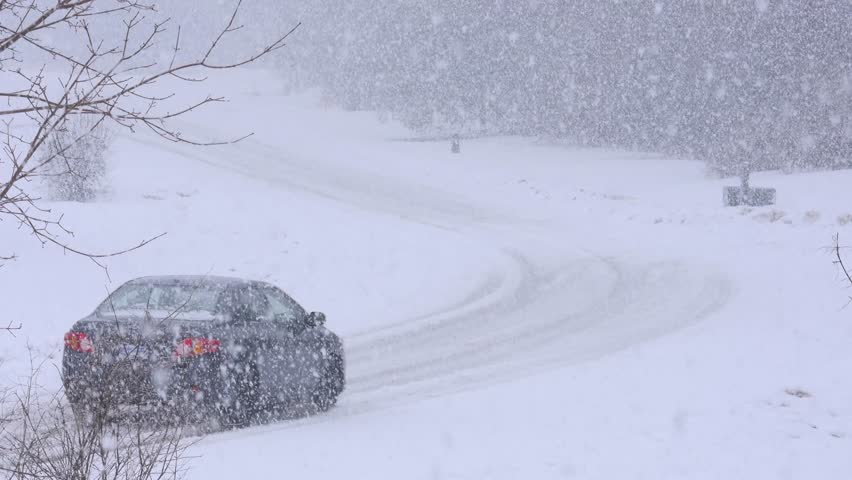 I faced my fears today and it did nothing to alleviate them. You couldn’t pay me enough to face them again.

Even if the only road between me and a dying loved one was the Echo Summit section of  Highway 50 in California I still wouldn’t drive it again. I’d just have to see them in the next life instead.

We weren’t supposed to be on the road in the first place. A simple wrong turn at South Lake Tahoe led us through a wooded community covered in mist reminiscent of American Horror Story and had us locking our car doors while driving.

Thanks to the storm of the season forecast for the remote Kirkwood resort (that only got on the electricity grid four years ago) I was behind the wheel of a 4WD in search of the said resort as the blizzard kicked in.

Trouble is the first rule of Kirkwood is we don’t talk about Kirkwood, and we don’t signpost it either.

Once you go there you’ll see why they don’t want anyone else to know about this powder gem. But the result was two Australian ski chicks on a narrow road way heading in the wrong direction and towards our almost certain death.

Highway 40 at Echo Summit was built, or rather blasted, out of the side of a giant mammoth mountain of rock and sits like a ledge with a cliff above and a 1000 foot plus drop below. The only thing standing between our wheels and the valley floor was a guard rail that feels a mere inch high.

By now you’ve probably realised I have a fear of heights and my friend isn’t much better. Climbing up the road we didn’t feel so bad as we were on the inside lane, the one closest to the rock wall. At this stage we were still searching for signs towards Kirkwood but instead encountering sledding families parked on the side of the road in the blizzard who, when asked, had no idea where Kirkwood was.

Then when asked where they were (or we were) they simply said they had no idea despite having got there in the first place. Go figure. This was not going well.

A turn off down a side track and we found a lone woman who informed us we were miles from where we were supposed to be and we should turn around and go back towards the American Horror Story village and turn left there instead of the right we originally did.

This of course meant a drive down the outside lane, the cliff side lane, the torture lane. The snow was falling hard and we both thought so would we.

Fear of heights is irrational. If we drove this road without the drop we wouldn’t blink. I know I have the driving skills but I simply do not believe I am not going to fall over the side. I even fear I may deliberately dare to turn the wheel at the wrong time, Thelma and Louise style, just to see what falling through the sky in a car would feel like.

I can drive the New Zealand ski field roads (but not Skippers Canyon) and the Colorado ski passes not to mention Highway 1 at Big Sur so you’d think this would be a walk in the park. Not so.

The speedometre said I was going 5 miles an hour, I felt I was going 60. My friend was crying in the passenger seat and I wanted to stop the car, get out and cling to the side of the mountain rock and claw my way back up to where the road had no drop off, where life used to be safe.

My legs by this stage were jelly. Now, this had taken all of 3 minutes driving on the cliff part of the road so far. I had a traffic jam of cars lined up behind me, a jam caused by, well, me.

I begged my friend to talk to me about anything and, through her own tears of fear, she started listing the states of America she had yet to visit, what she intended to make in the kitchen when we got to Kirkwood and something about a dog named Blue. With my heart rate now faster than the Formula 1 car I was petrified I was driving, I then thought I’d have a heart attack and end up, again, over the side due to black out.

I’m not sure would have been worse. Being able to actually see the valley below or driving it in a white out.

Of course we made it back to the turnoff we should have made in the first place. But you knew that already.

When we got to the bar in our lodge at Kirkwood the barman asked if we had just driven Echo Summit and we said yes, how could you tell? He said “your faces when you walked in.” Apparently we had the look of death.

I would post pics but of course neither of us were capable of taking any. So I found this video on YouTube instead. Naturally I can assure you it does not do the road or our terror justice.

The moral of the story? Don’t trust a road map, never be afraid to ask the way and carry Xanax at all times.