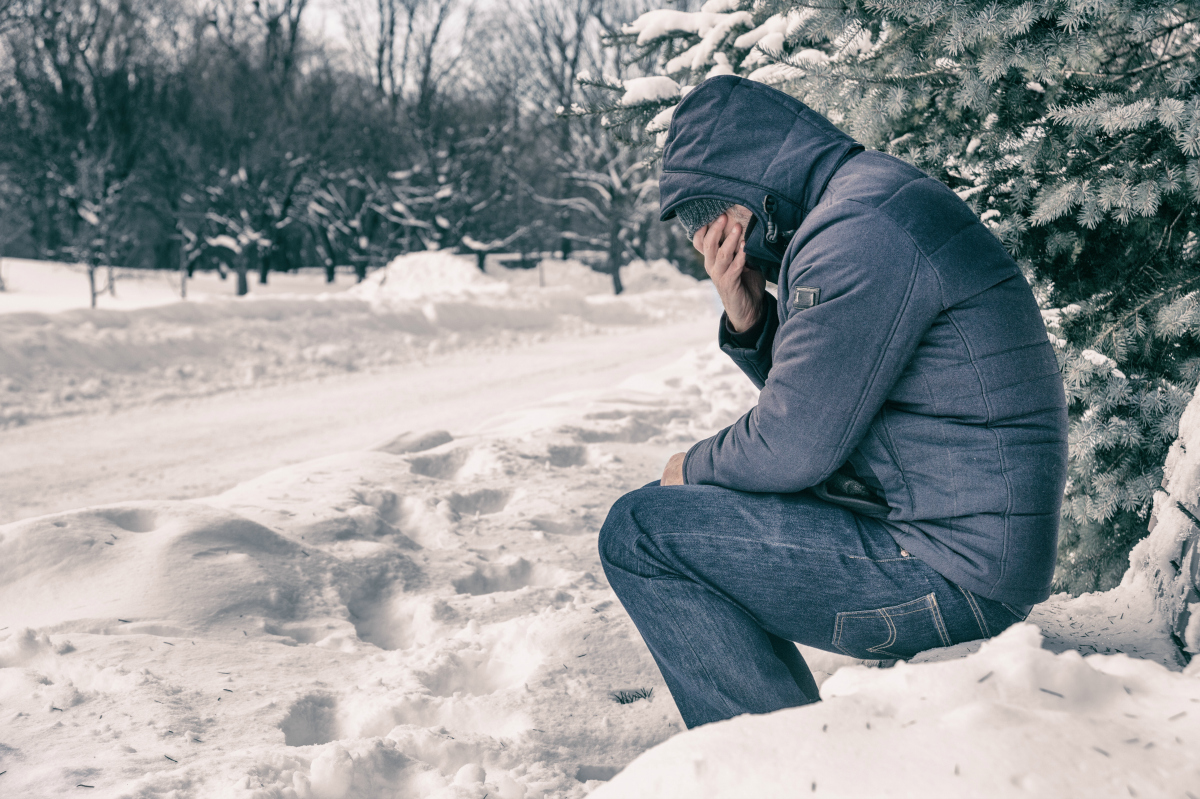 One day in April this year I lay on my couch in the shiny ski town of Park City in Utah and wondered what the point of living was. I felt no hope for my life ahead, could not see joy in my future and thought that life itself was futile.

Few, if any, of those in my outside world would have known of the dark thoughts swirling in my head behind a social media life filled with powder skiing, spa visits, fine dining, helicopters and business class yet there it was, a black dog lying in residence waiting to swallow me whole.

You would think a life focused on adventure sports and outdoor living would provide enough dopamine to keep the most depressive happy let alone a privileged white girl with a passport filled with envy. But depression is nothing new in ski towns. Many a Peter Pan has fled to  a mountain town in search of nirvana only to find that the search isn’t for what’s outside, it’s for what lies within.

Add cocaine and drug issues in towns that survive on adrenaline, proven research that reveals depression is more prevalent at altitude and a leisure sport with a higher mortality rate than most. Then add a housing crisis, a mammoth divide between the rich third home owners and those working for minimum wage to afford a lift pass, the lack of real connection needed for humans to feel valued plus adrenal fatigue from all those extreme adventures and it’s no surprise that suicide rates are higher.

Those who know me and my life history or who have read my books will know that depression is not new to me. It first manifested in eating disorders in my earlier life, though death was never an option, until that April day when I wondered how many Mersyndol it would take to sleep forever.

Lucky for me I had a gazillion years of therapy under my belt and I understood that this thinking was both worrisome and unnatural for me. I also knew that I had spent three months in a state of acute stress swinging between fight and flight thanks to a traumatic event on a ski hill in the December before. A ski instructor I had been skiing with for two days fell and broke his neck and pretty much died on the hill in front of me and my fellow student.

I had, the rest of the winter, been battling the physical symptoms of post trauma that most living victims of trauma experience. I had frozen in paralysis half way down a mountain while skiing, had panic attacks in a helicopter and regularly went hot and cold on chairlifts.

Come April I was done, my exhaustive work load had lightened and I found myself alone on that couch falling into the abyss. So I made a call, actually I made two.

One to a counsellor whose name a friend had given me and one to a nutritional therapist who used food to balance the brain. Those calls saved my life. Though to be honest, I saved my life which shows my futile thoughts were truly never going to go further than that couch anyway. There’s a difference between thinking and doing and I was never in any real danger thanks to the skills I had developed.

But what of those people who don’t have those skills of self help? What of those skiers and boarders with too much machismo to step into their vulnerability and ask for help or interrupt their own spiral?

If you think there is someone struggling in your world then go to them. Don’t sit back and simply ask R U OK and tell them they can come to you because guess what, they can’t. When they are in the throes of depression they can’t look up, they can’t call, they can’t speak, they are lucky if they can get out of bed.

So yes, ask, R U OK? Then step in towards them. By all means take them skiing and snowboarding, show them the joy of snow and nature and beauty and mountains but more importantly show them the beauty of you, that connection is possible, that the world truly does care that they are here.

When the ski world works together it is a wonderful community. One that provides three degrees of connection through a mutual love of snow and a shared history of friendships over the years in differing ski towns. It is what draws many back season after season.

But skiing and snowboarding by it’s very nature is self serving. We seek the thrill of riding free on powder waves of self gratification, judging those Jerry’s who just ‘don’t know’ the inner workings to the sanctum of snow.  The cost of skiing keeps many on the outer and can be more exclusive than inclusive. When that happens the real cost is connection.

The post season depression is also real for many who live for the high of skiing and snowboarding. Some people know how to handle this, others don’t, especially after a season fueled with alcohol. The come down can be harsh.

We are, by nature, better together than apart. Just because someone is sitting on a chairlift sporting the best brands that money can buy doesn’t mean they are not grieving the loss of a loved one, feeling the pain of romantic rejection, wrestling with addiction or one pay check away from bankruptcy.

You never know what secret battles someone is fighting. But if you fight it with them then there’s a greater chance of living. For the record, I’m ok. I am more than ok and am off that couch and back to loving life.

But what about you, are you snow-kay?