Home The latest AU/NZ Get drunk until dawn or leave the snow party on a high? 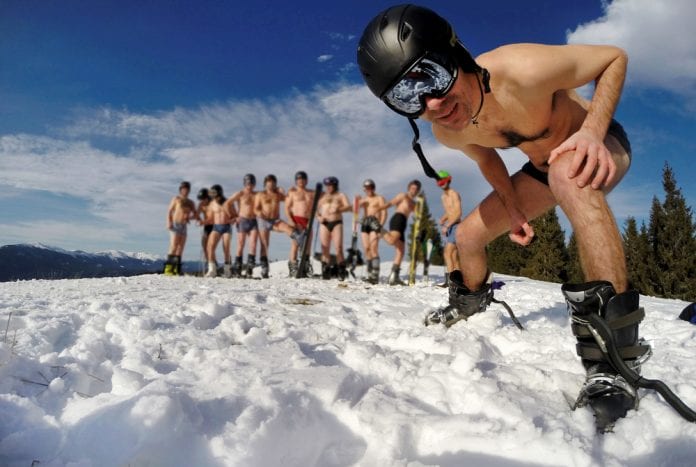 It’s 3.00am, the party has peaked and you’re on the other side sliding towards dawn. That’s how it feels this time of the snow season.

Do you ramp it up and look for more booze, opening the cooking sherry in the hope of creating the vibe of midnight or do you settle in and basque in the glow of the hours before, knowing what’s to come may be painful when the light appears?

The choice is, ultimately yours, slide into the last weeks of the season, eyes wild, hair windswept, nose sunburned and teeth sore from smiling or pack it in and look for warmer pastures knowing you’ll return next season.

So many questions, all answered by the snow outlook for the week ahead from our meteorologist, Alex Zadnik, in his weekly snow forecast blog.

Australia, enjoy it while you can

Fresh snow falls in the past week have pushed snow depths to near season highs at the Victorian and New South Wales resorts. Upwards of 40cm fell at most resorts, with healthy falls from Friday into Saturday and a secondary burst from Sunday into Monday. Gale-force winds were an issue at times during this period, but these calmed down into Tuesday with the arrival of a large high pressure system.

This high pressure system will keep winds light and skies mostly clear through today, Wednesday, so it looks like a perfect one for spring skiing. Temperatures will warm well above zero into the afternoon, so snow conditions will become softer as the day goes on.

Winds will strengthen on Thursday with the approach of a cold front from the west. Light to moderate rain is possible through the afternoon and evening as the tail end of the front crosses Victoria and southern New South Wales.

The atmosphere looks too warm for snow on this occasion.

Friday will see a continuation of milder spring temperatures, while mostly cloudy skies are likely due to the approach of another front from the southwest. Winds will also strengthen during the day, particularly for southern Victorian resorts like Buller and Baw Baw.

Some light to moderate rainfall is a risk again through Friday evening, but this could briefly tend to snow through the early hours of Saturday morning as colder air arrives.

Saturday is looking like a decent day on the slopes, as strong winds will ease through the day and skies should clear. Sunday isn’t look as pleasant, with strengthening winds from the west, increasing cloud and the risk of light rain. The atmosphere will be particularly warm on Sunday, so snow conditions will be nice and soft if you do do head out for a ski or board.

Rain may become heavier into Monday with the approach of a low pressure system from the west. It is a little too early to be sure of this though, with the leading numerical weather prediction models in disagreement on how next week will play out. For now though, make the most of the great spring cover, particularly today and on Saturday.

After some tumultuous weather in the past week, particularly over the North Island, conditions are looking reasonable for the ski fields on Wednesday. Skies are clearing across the North Island in the wake of a low pressure system, while cold southwest winds are keeping snow conditions firm and dry for the South Island’s ski fields.

The North Island should see cold and settled weather conditions persist on Thursday, while the South Island will see stronger westerly winds and warmer temperatures with the approach of cold front from the Tasman Sea.

This front should bring fresh snow falls to the Queenstown and Wanaka resorts through Thursday night and Friday morning.

There is a reasonable chance of decent accumulations of 10-20cm or more, depending on how a small low pressure centre associated with the front evolves. An easing of the winds and snow falls during Friday should help conditions to improve at The Remarkables, Cardrona, Treble Cone and Coronet Peak later in the day. Friday isn’t looking as pleasant on the North Island, with strong winds expected at Ruapehu ahead of the frontal system.

Snow is expected to develop at Ruapehu through Friday night and Saturday. Mt Hutt may also pick up some decent fresh snow falls through this period, but again dependent on the formation and movement of a small low pressure centre.

Saturday is looking like a good day for the ski fields around Queenstown and Wanaka, with a temporary easing of winds and fresh snow on the ground. Sunday may also be okay, but there is the risk that winds will strengthen for the Southern Alps with the approach of a front from the west. Ruapehu should have a window of more benign weather on Sunday between frontal systems.

Snow prospects are looking promising for the South Island early next week, with a stronger cold front expected to sweep through during Monday and Tuesday. Colder air with this system may not reach as far north as Ruapehu, but snow is still possible there on the higher slopes during this period.

READ MORE
How to ski or board all of Perisher's lifts in one day...
Share with your crew
54FacebookTwitterLinkedInEmailPinterest
54
SHARES