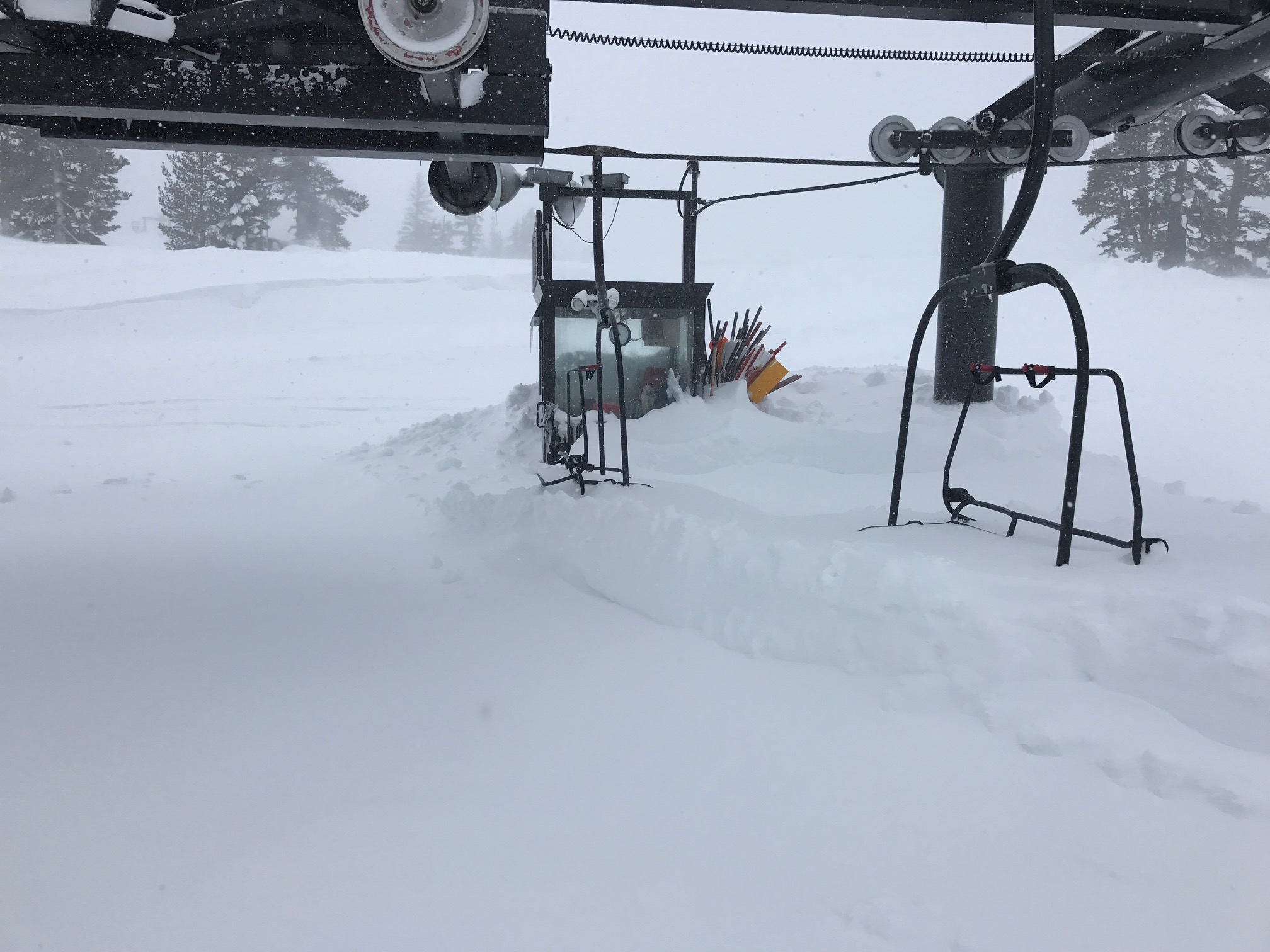 With a base snowpack of 21 feet (6.4metres), Squaw Valley Alpine Meadows will be spinning lifts well into June and plans to offer skiing and riding on the 4th of July with as many lifts as possible, weather and conditions permitting.

The resort has received more than seven feet of new snow since last Friday, Feb. 17, bringing the season total to 565 inches or 47 feet. Squaw Valley Alpine Meadows has already surpassed its annual average snowfall of 450 inches by 115 inches, with months left to go in the season.

After topping its 45-year historic record for snowfall in a single month with 282 inches in January, Squaw Valley Alpine Meadows has received nearly 15 feet in February with seven days remaining. As of today, the resort has amassed 126% of its average annual snowfall, 63% of which fell in January alone.

Skiers and riders looking for more information can visit the Squaw Valley Alpine Meadows operations blog for up-to-date resort status and current happenings. While parking areas are limited due to significant snow storage, guests are encouraged to take advantage of free premier POW Parking for cars with four or more people in the vehicle. Guests arriving early at the resort can take advantage of numerous breakfast offerings including the new Coffeebar location in The Village at Squaw Valley, open daily at 6am.

Olympic champions like Mikaela Shiffrin and Squaw Valley’s own Julia Mancuso will compete in a women’s giant slalom on Friday, March 10 and a women’s slalom on Saturday, March 11. The March 9-12 schedule of events features concerts, fireworks and parties. Visit WorldCupSquaw.com for information.