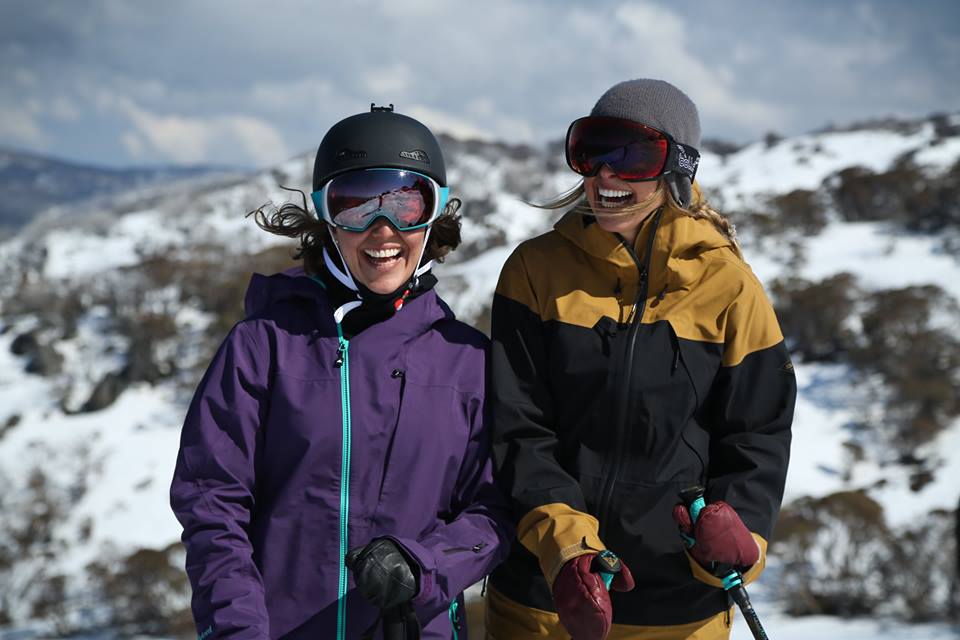 ‘SnowsBest.com is thrilled to support Anna and Nat Segal and their Finding The Line ski documentary, as official Australasian media partner.

Finding The Line, the ski documentary, explores fear and understanding the balance between risk, reason and reward and is the brain child of sisters X Games medalist and Olympian Anna Segal and Freeride World Tour big mountain skier Nat Segal.

SnowsBest.com has partnered with Anna and Nat as the film’s official media partner for Australasia. The girls will be posting exclusive features, images and footage on both SnowsBest.com and the official @misssnowitall social media pages.

“I’ve been a huge fan of both Anna and Nat over the years and been proud to witness their growth as athletes and women” said Rachael Oakes-Ash, founder of SnowsBest.com.

“I’m excited to support them on this next stage of their careers as documentary makers. Finding The Line explores a topic close to my own heart, fear and the vulnerability that comes with it. I can’t wait to see how the girls tackle this on film to help others explore their own fears.”

In this documentary film, currently in production, two extreme female skiers and siblings from Melbourne Australia, set out to face some of their deepest fears to better understand this crippling emotion. While Nat calculates her actions, avoiding risk whenever possible, Anna confronts her fears head-on without always weighing up the consequences. Neither of these approaches have delivered the rewards each of them strives towards.

With stunning mountains as their backdrop, Finding The Line will decipher fear and its hold over us.

Their journey begins in the tame, rolling mountains of Australia and takes them to the powdery paradise of Canada, the challenging glaciers of the French Alps and reaches its apex in the mecca of extreme skiing, Alaska. At each location a new layer is peeled away from their understanding of fear, uncovering psychological setbacks, which even those who are not extreme athletes can relate to.

“We’re so happy to have SnowsBest.com on board as a media partner for the film. Rachael’s experience and guidance in the media realm is invaluable to us and we’re excited to work alongside her to bring the film to a broader audience “said Anna Segal.

“SnowsBest.com is going to provide a great outlet for us to share behind the scenes stories from Finding The Line. Hopefully this real life perspective of making a documentary will draw more people to identify with film once it’s finished” said Nat Segal.

Finding The Line will be released at the end of 2017, more details on specific dates to come.