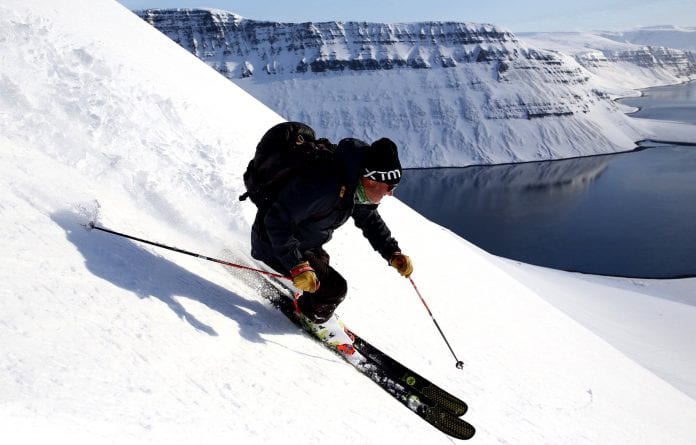 The darling of Australia’s ski fields suffered a major stroke in the early hours of Sunday morning on September 6, discovered in the afternoon on the floor of his bedroom by his beloved nephew Paddy.

Only days before, Steve had been testing a new inflatable rig for his backcountry business at Falls Creek and ski touring the surrounding region. Up to this point he had only had one day of operations due to both lack of snow and Covid restrictions that shut down regional Victoria and Melbourne thanks to a second wave of the virus.

The story of his stroke

In true Steve form when found by Paddy that fateful afternoon, he thought he had a touch of hypothermia, despite not being able to move from the floor thanks to the oxygen that had been starved from his brain. What he did have was a close knit team of people who went into action to help a man who rarely asks for help.

A mountain boy at heart, Paddy knew what to do to help his uncle, calling triple zero and Mountain Patrol. Four ski patrollers arrived on scene and the journey to recovery began with an ambulance ride followed by a helicopter to Royal Melbourne hospital.

By Sunday evening, an estimated 18 hours since the stroke took hold, he was in the best medical hands in the state. But the news was not good.

Steve had suffered a large inoperable stroke, the likes of which could not be reduced with medication to prevent further impact. He was put on standby to have part of his skull removed to reduce the swelling. Thankfully it wasn’t needed, though his situation remained dire and not just due to his health.

The economic cost required to recover from such a huge health trauma was also looming for his family.

With Melbourne under a brutal lockdown, Steve’s family rallied. His daughter, Layla, first on the hospital scene, was able to see him that first night as she had travelled from Regional Victoria, but due to Covid restrictions was unable to for the days after.

He remained disoriented, unsure of what was happening with paralysis down his left side. His sisters Kerry and Tracy took charge of Steve’s Fight Back, supporting their mother, Noelene and family logistics with little information or visitations.

Three days after the stroke Steve was moved to Wangaratta hospital to a Covid holding ward while he and also his daughter Layla were tested. They were reunited four days later.

By this stage his family knew little of his prognosis, of his future needs and whether he would be able to return to Falls Creek, his business and the mountains that fuel his soul.

“I can tell you that both Paddy and I needed support after seeing Steve for the first time a week after his stroke” says Kerry, Steve’s eldest sister.

“It is very confronting. How can a young 58 year old man, fit as any 20 year old be lying in a wheelchair, convinced he was in New Zealand planning tomorrows ski day and clearly with significant impairments.”

There’s no doubt Steve knows the duress his illness has taken upon both himself and those who love him dearly. Three and a half weeks in and the reality of what is ahead is daunting, even with his trademark dry humour still well in tact.

He has to relearn many of the basics we all take for granted. He eats with chopsticks to slow down ingestion as his oesophagus has been impacted by the left side paralysis. He also must be supervised while eating, lest he choke.

It’s not pretty, but it is very early days and he has a consistent team around him determined to help him be the best he can be.

Now, that team needs our help.

The fundraiser – how you can help an Aussie icon

Scroll down for Steve’s Fightback Fundraiser.

The ski and snowboard community is a close one, we are all bonded by a love of snow, something that Steve Lee has in spades. What he doesn’t have in spades are the dollars necessary to help him through the next phase in his recovery.

That’s where we all come in. A Steve Lee Fightback fundraising platform has been put together by  Australia’s ski community and Steve’s family and friends, with the support of Snow Australia, to help him and his team. Of course we know 2020 is tough for everyone but even if you can donate the cost of a coffee or a beer, every bit helps when added up together – and all donations are tax deductible.

You can donate here.

This is the first fundraising tier. There will no doubt be more as the enormity of what’s ahead is revealed. The team have another meeting in six weeks to assess the future and we’ll keep you updated here on our website and via our social.

This piece was written in collaboration with the Lee family.

READ MORE
Skiing with The Wizard, Steve Lee, and his sisters
Share with your crew
667FacebookTwitterLinkedInEmailPinterest
667
SHARES