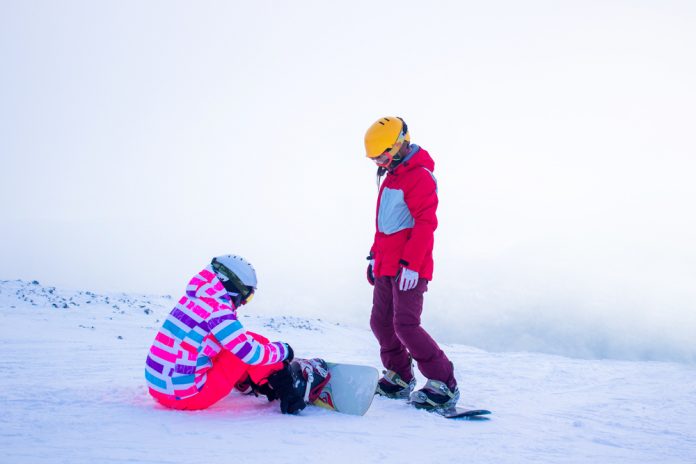 If you’ve ever thought, “I want to become a snowboard instructor” it’s probably because you imagine powder riding every day and partying every night. You might think it’s all about hanging out in ski chalets and hot tubs. Hell, you might actually think you’ll make some money.

But few industries have such a glamorous veneer that is so completely different to the reality.

I’m currently in my 6th season as a snowboard instructor and it’s been a long journey of discovering what this industry is really all about. Here are the things I wish I had known before I started.

In your first season you’ll get worked. You’ll have no money, get the worst lessons available and struggle to get enough days off to recover – let alone go snowboarding.

Teaching snowboarding is physically exhausting. You will walk up hills so many times to help people stand up.

You will get sick of talking to people all day, every day – in lessons, in the locker room, at parties. By the end of the season you will become a hermit who just wants to go home and not talk to anyone.

Once you do a few back to back winter seasons you’ll miss warm weather, the ocean and the sun. But snow will always win out in the end.

The mountains in Japan, Canada and Korea are WAY colder than Australia. You’ll go from wearing 2 layers in Australian winters to 6 in Canadian ones.

Food and accommodation in ski towns is really expensive – no matter what country you’re in.

You get to do awesome road trips and travel to beautiful spots that are off the beaten track thanks to making friends with the local instructors.

You suddenly become patriotic and appreciate Australia’s landscape, people and food more than you ever thought you would.

Snowboard exams are the most stressful thing on the planet. They will make you question why you even want to snowboard and sometimes make you feel like quitting altogether.

You will need to take your health and fitness seriously to progress in this industry. Prepare to spend hours in the gym, make a lot of smoothies and learn to meal prep like a boss.

You will train a lot and get so much better than you ever imagined. You will wonder how you actually managed to turn a snowboard before knowing about rotation, edging and pressure control.

You will try to think back to the sweet early days when you didn’t know about snowboard technique and consequently weren’t so damn critical of your own riding.

The few months between seasons suck. You will apply to dozens of jobs and get none of them because you’re only available for a short period of time. Consequently, you will start most of your seasons broke.

Snowboard courses and exams cost a butt load and require some serious saving.

You will spend so much of your money on travel just to get to your various offices around the world.

The rest of your money you will spend on snowboarding gear.

Teaching beginner snowboarding is harder than teaching beginner skiing. Some people honestly can’t stand up with a snowboard on their feet. You’ll need to pick them up every time they fall over. Now multiply that by how many people are in your class.

Every week someone will suggest that you should get qualified as a ski instructor to get more work or be hired overseas.

You will be asked, “Do you teach skiing too?” in nearly every lesson.

You will be asked, “Is skiing easier?” in nearly every lesson.

The locker room is not glamorous. At all. It smells like feet.

Sometimes you won’t be able to pee for 4 or 5 hours because you have back to back lessons.

Putting your feet into sopping wet boots when they haven’t dried after a day of rain is a terrible feeling.

Kids always need to go to the toilet at the top of a run. Never the bottom, near the toilets.

You will be doing so much exercise every day that you can eat entire pizzas or family sized meals of mac n’ cheese and not feel bad about it.

You will meet the most caring, talented and hilarious people among your fellow instructors.

When you teach people how to snowboard they will have some of the best days of their lives with you.

There will be days when you sit on a chairlift and look around the snow-capped mountains and think to yourself, “This is the best job in the world.”