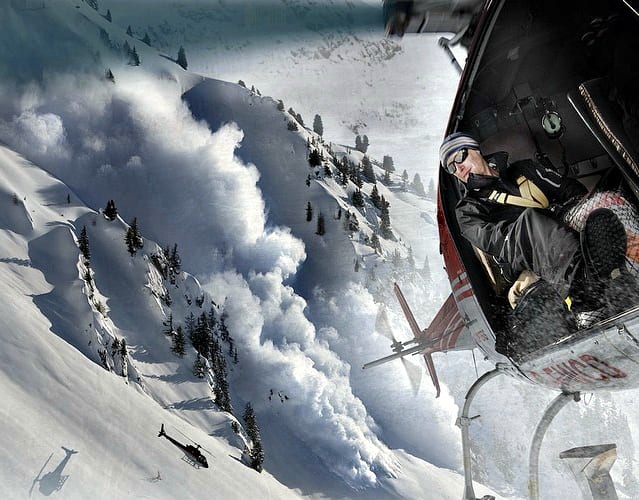 The Godfather of Freeskiing, Mike Douglas, is making a full length documentary and you can help him.

Yesterday we chatted with Mike ‘The Godfather’ Douglas about free skiing  the Olympics and new media in Words with Mike Douglas, part one.

Today SnowsBest reporter, Christie Hampton, chats with Douglas about his passion project, a full-length documentary called Snowman being funded by a Kickstarter campaign.

What made you want to give a full length documentary a shot?

Back in 2011 I did what I would consider to be my first real short film on a buddy of mine, [sit ski athlete] Josh Dueck and it was called the Freedom Chair. That was the first thing that I’d ever made that was destined to spread its wings beyond the tight ski world.

It was also my first real taste with film festivals and higher-level story telling. After that experience I was like, ‘that was really fun, I’d like to do more of that stuff’.

So a year later I followed up with Tempting Fear, a 25-minute film we did about [extreme skier and mountaineer] Andreas Fransson.

In between that time my best friend since I was a kid, Kevin, was in this horrific heli crash and he survived. After I heard his story one of the first things I said to him, after my jaw was picked up off the ground, was, ‘if you’re ever willing to talk about this in a public way, I would love to make a film about it’.

And we kind of joked and he said, ‘yeah well if I’m ever willing to talk about it then we can talk, but I’m not sure I’ll get there’. He was really quite traumatised by the whole thing. It took him a couple of years to come to terms with it.

So eventually we got talking and he said, ‘let’s make that movie’. So we started working on it back in early fall 2011. Now here we are almost three years later and, had I known what I know now, I don’t know if I would have done it.

It’s been such a lot of work. I mean it’s been really amazing and on a lot of levels it’s been the most rewarding thing I’ve ever taken on. But trying to put together a 90-minute film that is interesting to people beyond the ski world is certainly a big challenge.

I’ve learned a lot. That’s the one thing I keep telling myself. No matter how this turns out, no matter how much time has been put in, it’s been like getting a master’s degree in filmmaking.

We’ve made every mistake you could make. And we’ve had to over come all those.

The film isn’t really about the heli crash. The heli crash is an event in the film that affects the whole film but it’s really about my friend, Kevin, and what’s gone on in his head that’s lead him down this path through life. 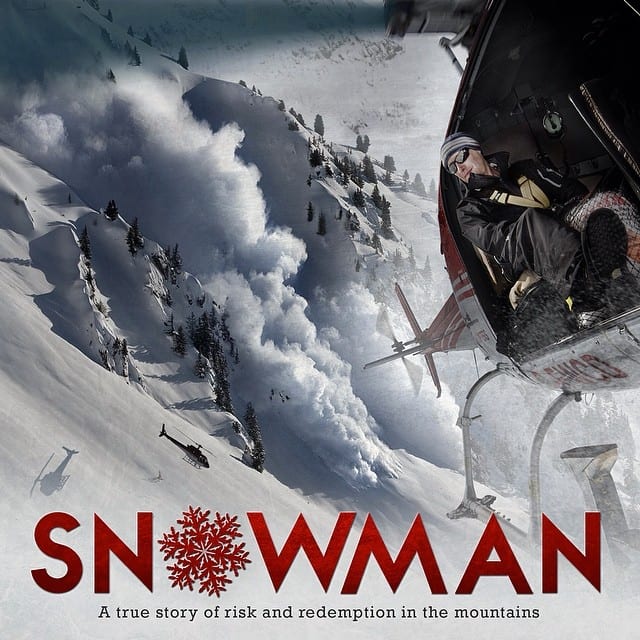 My buddy, he’s not the kind of guy that wears his heart on his sleeve. He’s a bloke’s bloke if you know what I mean. He doesn’t talk about emotions.

This whole process for him has really been about coming to terms with his feelings about the crash. On a certain level it’s been therapeutic for him, because he was deeply affected by that crash.

It’s been five years now but I’ve seen a lot of growth in him as a person just over the last year and I think a lot of that has come from the fact that we’ve forced him to confront some of those issues that he buried.

So the human side of this story is very important…

The Snowman film is being made as a mainstream documentary. It’s very much a human story. It’s not necessarily a skiing movie. In fact there’s not very much skiing in it.

Out of 90-minutes there’s maybe six or seven minutes of skiing in it. We’re hoping to hit a very wide audience. It’s also a mountain story so I do think it’s something that skiers will love.

We have some mind blowing avalanche footage in the film. But, ideally, everyone whether skier or not will appreciate this film.

How much of the documentary is actually in the can?

Filming is done, totally done. We have put together a first draft of the film that went out to a review panel. The film was critiqued and we are making changes to it right now to make it better. We are only about three months away from completion.

And will you be hitting the film festival scene? Where will people be able to see it when it’s done?

Our first plan is to start submitting to film festivals as soon as it’s done. So in September we will begin that process. That takes several months to get going.

I think we’ll see it start to hopefully, fingers crossed, start to roll out in 2014 and into 2015. And then hopefully a wide release in 2015 where it will be available on iTunes and Netflix and those sorts of places.

What drew you to Kickstarter?

I had been paying a bit of attention to Kickstarter over the last year or so and I find it’s just a really interesting place to see creative ideas and what people are up to.

The cool thing about it is that people can actually get involved, even if it’s just a tiny bit. If you believe in something, if you feel this is something worth getting behind, then you actually can.

I followed a few friends that have run campaigns successfully and saw how they did it and I got excited for them as I watched the progress and saw how the money was coming in. I thought that would be kind of fun.

The other thing about Kickstarter is that it’s a great way to create a buzz for your project. Making a feature film is expensive, which I’m learning as I dip into my own pockets for this thing, but it’s also a great marketing tool and a great way to get the word out about your project.

So Kickstarter is really a way to accomplish two things at once.

At this point you’ve made over 28, 000 CAD, how do you feel about people getting behind your project in such a big way?

It’s awesome. I mean you never really know about these things and the feedback in the first ten days was incredible.

I’m blown away to be quite honest.

We are in a bit of a flat spot right now but you know, almost every Kickstarter, in the middle of their campaign, it kind of goes through these flat spots so we’re trying not to freak out.

And most campaigns really ramp up in the final week. So we’re really trying to be patient and hope that people are still paying attention and that they’ll continue to help.