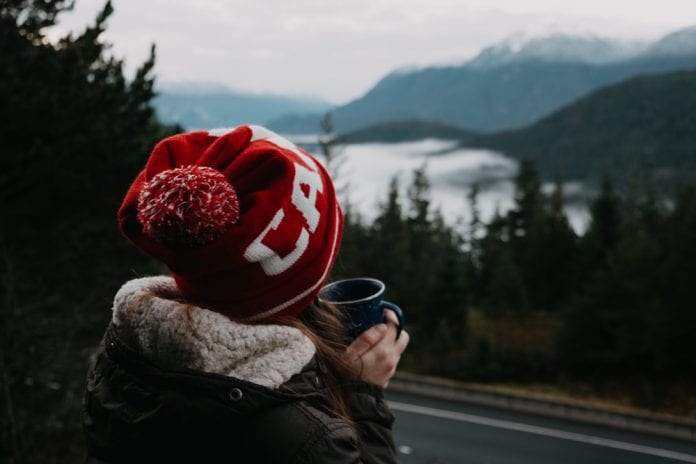 Spend enough time in the ski resorts of North America and you’ll hear the familiar twang of ‘Strayans schooling seasonaire baristas on the finer elements of milk stretching and the exact seconds required to pull the perfect espresso.

Said baristas (we use the term loosely) tend to stare back with a frozen smile as they offer up a 16 oz giant mug of liquid speed known as drip filter coffee in these parts. Queue Australians running out the door in quelle horreur.

To be fair, Aussies do know good coffee. We may be crap at many things – we cheat in cricket, can’t hold a good Prime Minister down (nor the price of petrol) and our internet is slower than a sloth on Xanax – but we’re damn good at coffee.

To also be fair, bad coffee can ruin a ski town experience and with so many Aussies in North American ski towns during peak seasons it’s time to share the low down on where the beans are good to drink and where you should spit them out.

The real trick is to find the antipodeans and ask them where the good coffee is. Do not, under any circumstances, ask a local American or Canadian. They will think you mean acidic drip or worse, Tim Hortons.

We have made this mistake and found ourselves sobbing into latte cups made literally with a push of a button, howling into black liquid akin to tar and calling the fire brigade the beans were so burnt.

We have also, in our quest amongst interior British Columbia’s stunning snow capped mountains, azure lakes and friendly locals on the Powder Highway, discovered some true coffee gems to share with you should you ever find yourself in the ski towns listed below. But do remember, baristas come and go, so while we may have had a delightful palate experience, if the barista has moved on then the quality is not our responsibility.

Please, also know that we did try all the coffee places recommended by numerous locals in these destinations (thank you) and rather than diss those we found ‘not to our taste’ we will simply reveal those we deemed worth attending again and again.

And yes we know we sound like entitled Aussie coffee snob bores, but really no surprises there because, ‘Straya, and we are.

They’ll tell you the charming town of Nelson is the Byron Bay of British Columbia. But it’s really more inner city Sydney Newtown meets artsy Katoomba in the Blue Mountains with cute colored cottages dotting the hills, a stunning lake backdrop and the best ski mountain ever down the road (shhhh, it’s Whitewater).

Don’t worry it’s not all chai lattes, protein balls and matcha teas in these parts. Head to No6 coffee where you’ll find an Australian barista who has more attitude than this blog post. He’ll tell you to drink what you are given and that he knows how to make the most of this tiny den’s bean.

I just wanted a piccolo latte but you’d think I’d asked for a West Coast Cooler with a side of Jaigie, his barista disgust was so prevalent. I wish I could say the coffee he served was bad, I really do. But it wasn’t. It was akin to a 1.5 shot 5 oz flat white and it was excellent. Really excellent. Damn.

House made delights at No6

If you want a side of truly delicious breakfast (think avocado smash, lashings of arugula, sautéed mushrooms and house baked sour dough with caraway) with a decent style coffee then also head to Marzano. Don’t let the Best Western fool you, behind the motel facade hides a shiny urban retreat with neutral hues and tiny tiles, leather booths and curated stools. You’re welcome.

This one is hard because we adore Fernie. Alas, we didn’t find a truly excellent coffee anywhere, though we found the best Central and South American inspired cuisine in any ski town ever at Nevados (have the ginger and coconut margarita and the patacones and arepas, actually, just have everything).

But we did find a version that will get you Aussies on snow holiday in this stunning town through. Head to the Big Bang Bagel and ask for a single shot of espresso with the equivalent amount of steamed milk and you’ll get a piccolo latte. The Cuppers Coffee beans they use are smooth and velvety with no burnt bitterness so anything you order should suffice and the bonus is, of course, fresh bagels. Nom nom.

Everyone kept talking about Jake the barista in this town. An Aussie who can drive a La Pavoni coffee machine like Mick Gardener. But try as I might I couldn’t find him at any of his usual haunts.

What I did find was the owner of Seven Summits Coffee Company at the end of town. When he heard my accent he jumped in from his roasting drum and asked if he could make my coffee. I’m glad he did. Just ask for Tom and you’ll be glad he did too. It was superb.

Try the local Seven Summits Milk Stout at the Rossland Beer Company too. Yes, it’s beer inspired by espresso, but it’s one of the best coffees I had in Canada (jokes but still good beer).

If you find yourself at the new and swanky ski in ski out The Josie Hotel at Red for breakfast (lucky you) then grab Kerry in the restaurant (only Kerry) and ask her for your specific style of coffee. She’s been trained by Tom and while the latte art is non existent the brew she served us was just like home.

Imagine my delight at finding a good coffee at the top of Panorama at Summit Hut. The crew use local grind, Kicking Horse Coffee, and they can work a machine and take direction from demanding Aussie customers without spitting in our cup.

Though, again, if the same barista isn’t on then you are taking a risk so don’t shoot the messenger. Either way, if you like the bean, then you can head down to Kicking Horse Coffee HQ on your way out of Invermere for a fresh brew in their cafe and try your luck there.

We had been told about Dose long before we walked through the glass door of this Australian creation in downtown Revelstoke. Word has got out on this shrine to caffeine and cuisine design. It’s all very ‘now’ and ‘you be you’ with baked shakshouka eggs, skillet dishes, avocado delights, goodness style bowls and local baked goods.

The cafe opens early (hurrah) and is dotted with mountain types with toques and laptops covered in snow brand stickers who come for the Phil and Sebastian Calgary coffee. In short, we loved it. Not least because they serve really good piccolos (already on the menu without you asking). Did we mention the owner, John, is Australian? No, we’re not biased at all.

If you’re on the ski mountain then try La Baguette, the mountainside outlet of the downtown bakery icon. They too have the piccolo on the menu and they use 49th Parallel coffee from Vancouver. We didn’t have a bad coffee there, not one (and we had a few), though I’m told that last year that wouldn’t have been the case as they’ve upped their game this season. Well played, I say.