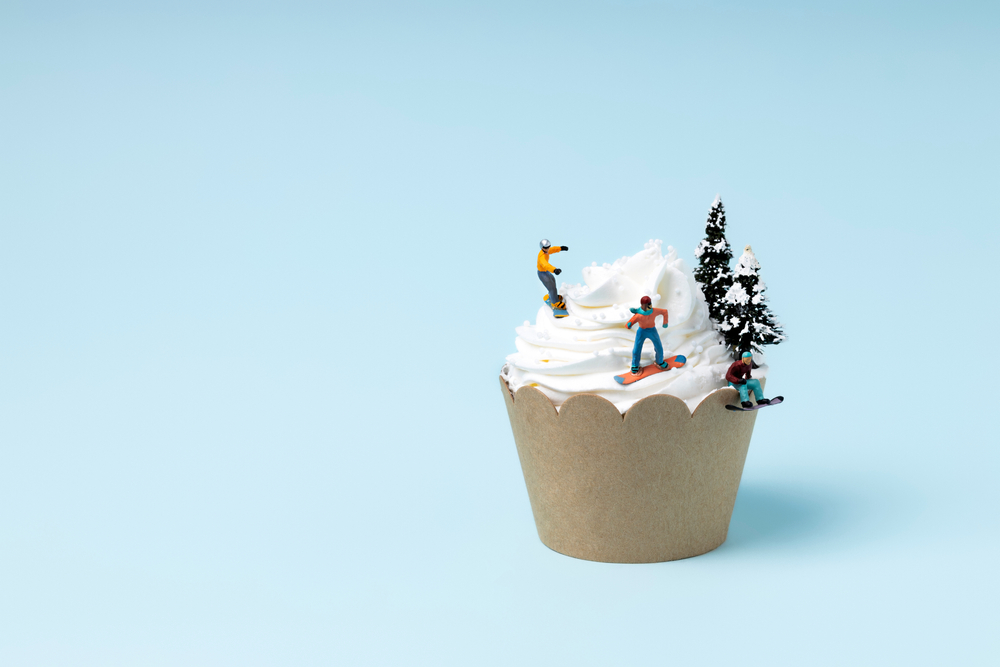 Sizeism is well and truly alive in the (snow) world. Ask any body that does not fit the one height, one width, one shape sizing presented by mainstream outerwear adventure companies and their marketers and you’ll hear a litany of stories of changing room woe.

Global fashion companies have long had little to no uniform sizing guides with a size 8 fitting a size 12 in one brand and vice versa in another. If you listened to, and emotionally invested in, the numbers on your label you’d be forgiven for loving yourself one day, hating yourself the next.

Truth is we are not defined by the size of our snow (or bike or gym) pants, though it’s hard not to think this when temperatures drop and winter sets in and the dreaded pants come out of the closet to be wrestled with again. It’s akin to swimsuits come summer, served up with a side of dread.

In a leisure activity that revolves around outdoor adventure, body movement and rhythmic meditation, there should be no room for body shaming. And yet. If you take your guidance from retail racks, if you’re “overweight” then the message may be the mountain is not for you.

Inclusion is so important, I hate to think how many people give up on outdoor adventure or skiing while in the change room before they’ve even clicked into skis or snowboard.

I was six years of age when I first called myself fat. I was far from it, tall for my age but definitely not over weight whatever that weight may be.

And thus began decades of food restriction, body hatred and debilitating eating disorders that sat behind a confident smile and life of the party demeanour that I thought shouted “I don’t need anyone” when clearly I did, and I do.

This week is National Eating Disorders and Body Image week (September 5-11), an awareness movement close to my heart for decades now. The stats in 2022 are just as devastating as when I was in the grips of my own eating disorder journey.

According to key research, more than half of Australian primary school age children want to lose weight, and up to 80% of 10-year-old girls in the United States have reportedly been on a diet. More research suggests 20–25% of children affected by eating disorders are boys.

Contrary to popular belief, 63 percent of people with eating disorders in Australia are female and 37 percent are male, but the gender numbers that have binge eating disorder are evenly split.

More telling, eating disorders in athletes has a higher prevalence than non-athletes and disordered eating can occur in any athlete in any sport at any time, crossing gender, age, culture, ability and the like. It is estimated that up to 45 percent of females and up to 19 percent of male athletes experience disordered eating and/or an eating disorder.

If you think your favourite snow sports athletes aren’t impacted, think again. A number of Winter Olympians have brought these insidious illnesses into the spotlight by revealing their own struggles.

She announced five months out from the Beijing Winter Olympics that she would not only take off the entire FIS World Cup season, but would voluntarily miss the Winter Olympics.

Lundby felt she was unable to go to extreme lengths to lose the weight she had put on during the off season. You can almost hear the collective sigh of women globally. In a world where athletes do all things at all costs to get themselves on that podium, here was an athlete simply saying no, I can’t, it’s too much, too extreme, not for me.

Ski jumping has long been a sport infested with disordered eating as both male and female competitors vie for podium placements. Lundby’s public stance was considered revolutionary.

Diggins went on to pen the book “Brave Enough” in 2020 and win her third Olympic medal in the recent Beijing Winter Olympics. She still openly advocates for recovery from eating disorders today.

“But people, you can’t give someone an eating disorder. You don’t get one from looking at photos of skinny, ripped athletes. Can it be a trigger for some people? Absolutely. But eating disorders are a type of addiction, a mental disorder, and as the saying goes: “genetics loads the gun, environment pulls the trigger”. If you’re hard-wired to have an eating disorder, it’s nobody’s fault and most certainly not yours. It’s not something to be ashamed of, no more than struggling with anxiety or depression or a broken leg or a bruised elbow. It’s simply a really tough challenge that you’re facing at this point in your life, and something that you can get help with.” Jessie Diggins

When the World Cup Ski Circuit was cancelled due to Covid in 2020, alpine skier and US Winter Olympian Alice Merryweather stopped eating in a quest to control her body. What followed was a downward spiral into anorexia nervosa and a stint in an eating disorder clinic, a journey which she openly documented on her Instagram account.

You can’t be what you can’t see

We may have come a long way in 2022 with skin colour, body size and age diversity representation, in part thanks to social media, but that same social media also promotes a compare and despair mentality with filters being the modern day airbrush. The difference is you can choose what goes in your feed (no pun intended).

While athletes are bravely shining social media light on their own disordered eating and body image struggles in the hope of helping others, many social media activists are also using their voice to promote inclusion in snow and adventure sports. Because you can’t be what you can’t see. There’s enough research to show that young girls compare themselves to idealised images of females on both social and mainstream media. So the more we can flood these avenues with all body shapes, the better.

Accounts such as @diversifyoutdoors are popping up to promote and encourage inclusion in outdoor sports across gender, size, race, socio economic status and more. And brands such as Australia’s own Nobody’s Princess are creating solutions to the lack of outerwear clothing that actually fits a woman’s body with the launch of their snow pants this year with more to come.

It’s up to outerwear brands and ski resorts to show more body diversification in their own social media and advertising to become more inclusive in the struggle to grow snow sports in the years to come. Societal body acceptance is pivotal for inclusion and inclusion is pivotal to both diversifying and growing the sport.

If you or someone you know is in crisis

The Butterfly National Helpline offers free and confidential support with specialist counsellors for those concerned about eating disorders and body image. They offer free online support groups and skills programs for people caring for someone with an eating disorder. The helpine is open 8am –midnight (AEST/AEDT), seven days. Call, chat or email now.