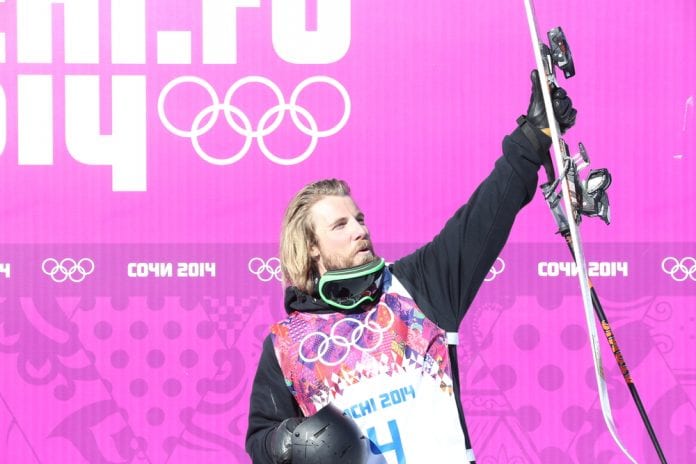 Kiwi Olympians blasted by NZ Herald columnist for bombing spectacularly and daring to enjoy the Olympic experience. DEAR DANA YOU JUST DON’T GET IT.


Dana Johannsen, columnist for the NZ Herald who by her own Twitter admission does not fully comprehend snow sports, says watching the New Zealand Winter Olympians is “like watching a bunch of Kiwis on an expensive skiing holiday than a bunch of top athletes representing their nation at the highest level.” You will find this gem in her latest column blasting her Olympic countrymen published today.

First things first, I am an Aussie and some would believe we should rejoice at such a piece but here’s the thing Dana, when the Aussies aren’t competing we’re going for the Kiwis. Hell, our country and your country are even sharing siblings with Amy Sheehan competing for us and Lyndon Sheehan competing for you. Janina Kuzma was also born in Australia so we will claim her too, like we claim Keith Urban, pavlova and Russell Crowe.

I, like so many who know and have watched the free ski and snowboard athletes in action in the four years prior to Sochi, know what it has taken them to achieve their results in order to just qualify for the Olympics. There is no easy pathway to Olympic status.

“We see them at the end of their runs, sticking out their tongues, waving to the camera with “hi Mum and Dad” written on their hands, and theatrically shrugging their shoulders when their score puts them out of contention. Their twitter feeds are full of selfies and really rad instagram pics.”

The gripe of Dana’s article focuses on freestyle skiing and snowboarding and new disciplines ski and snowboard slopestyle where athletes risk their lives on huge jumps that take years of training and courage to master. Free skiers and snowboarders share a love of mountain life and a laid back attitude. The culture is ‘new school’ not ‘old school’ and very different to that of the legendary ski racing fraternity of old though this does not mean the skill and talent required is any less.

But in the words of slopestyle skier and Australian Olympian, Russ Henshaw “if it’s not fun why would I do it?” So shoot the athletes for having the good time they’ve earned and posting it on social media. But then have you ever seen someone post a bad photo of themselves on Facebook or Instagram? Social media is about press releasing your life and having fun with your fans.

Byron Wells, brother to Jossi Wells (who Dana seems to have a bigger gripe with) had to pull out of ski pipe this week and posted some very humbling social media messages. So clearly it is not all good times in the Kiwi camp.

Let’s talk more about Jossi because Dana sure did.

“the biggest disappointment so far was when Jossi Wells, one of just a couple of competitors with an outside shot of a medal, waved the white flag in his second run in the final of the slopestyle skiing. Wells qualified 10th for the 12-man final and, after an early slip-up in his first run, needed to produce something special on his second to get into medal contention. Instead, Wells caught a ski on the early rail section and opted to coast for the rest of the course, declining to exhibit any of the spectacular jumps he produced in qualifying.”

The reason competitors choose not to complete their chosen run of ‘spectacular’ tricks in slopestyle, when they know by mishap on their second run that they can’t beat the score on their first run, is because they don’t want to risk injury. Jossi had another competition, ski halfpipe, to go after slopestyle.

A competition, incidentally, that he came fourth overall in, just missing the third place podium with an extremely stylish run. He wouldn’t have got that fourth place if he, like others on the slopestyle course in spring conditions, had injured himself.

Did we mention that Jossi skis consistently in pain, enduring patella tendinopathy on a daily basis, a condition that causes extreme knee pain and a condition he has had since the age of fifteen? Did we also mention that he has worked tirelessly to get his sport recognised at an Olympic level?

This is what Jossi posted on Twitter after the finals, hardly the words of a gung ho don’t give a rats athlete.

This is what he posted before the finals. A moving post dedicating his run to his brother Byron who had to pull out and to Hamish Bagley, the seventeen year old Kiwi snowboarder who lost his life in a car crash this week.

Lucky for disappointed Dana that there are still two other Wells Brothers coming up the ranks Beau James and Jackson Wells. An incredible achievement from one family to have three sons in one Olympics and another biting at their heels.

So here’s an idea, we’ll swap you Russell Crowe for Jossi Wells and you can start really complaining.

Skiing during a pandemic: where do seasonal snow workers go from here?