SnowsBest sent a guy and a girl to Coronet Peak’s Chairlift Date Night to find love. this is what they came back with.

You might remember Shelley and James from Channel NINE’s When Love Comes To Town dating program. No, they didn’t hook up. Yes, they are still single.

Which is why we sent them to Coronet Peak in New Zealand for their annual chairlift date night in search of love. The theory is simple. One line for single guys, one line for single girls. One of each on each chairlift. You have from the base of the mountain to the peak to make your mark.

No impression and ski/board off separately. If there’s a spark then organise to meet up in Queenstown later that night.

“I’m looking for a partner who is funny, has great hair and rides a snowboard”

“I loved the idea of chairlift dating – a new experience, and there was free champagne. It was very funny. There were definitely more guys than girls- to the point where the boys line was banked up while the guy dressed as a fairy at the bottom screamed for new girls. There were surprisingly lots of people there.

Everyone had a sticker which stated whether they were a guy or girl, and whether you were single or straight. System may need to be revised as my mate ended up riding with two lesbians who were actually only into each other.

There was one Irish guy who continually tried to make plans for the two of us for the rest of our lives. He offered to drive me around – “forget paying for the bus, I’ll drive you up and down the mountain everyday before and after I have to be at work” – he worked in queenstown. Sure mate. He had “kidnapper” written all over his face.

I had five chairlift dates. Five was enough.” 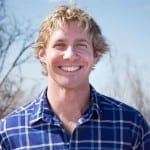 “I’m looking for someone who I can be crazy silly and laugh constantly with.“

“It was a great twist on night boarding. I’m always happy to meet new people and rarely say no to a new experience or opportunity. I’ll say yes to anything… almost anything!

After lots of joking around and a glass (or 2) of bubbles, I can’t say there were any nerves.

People were matched by gender and sexual preference. This was indicated by a sticker on your helmet. At the end of the date, you raise the safety bar and jump off. Date over and you snowboard away.

I think a bar with drinks at the top of the chairlift would be a nice excuse to continue the date if you wanted.

“No thanks, I’m going to do another run.” (what a nice gentle way to be rejected).

I got on one chairlift and before it had even left the ground, my date partner was saying, the thing that was missing from her life was kids. I was immediately looking for the emergency exits from the chair.

Believing that I was already too high above the high the ground to jump, (not to mention that it would’ve been very rude to my date partner to risk serious injury over continuing the date), I changed the subject to a lighter more enjoyable topic of travel and the rest of the date was fine.

I had three chairlift dates and met nice people but I didn’t find anyone I was attracted to.”

Have you found love on a chairlift at the snow?