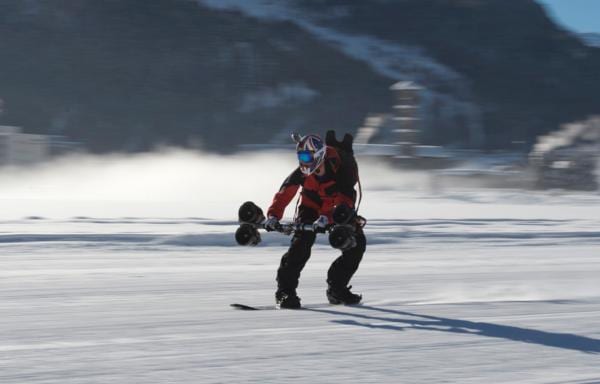 Those cray cray snowboarders are at it again, this time with jet engines.

Signal snowboards had us guffawing into our hipster glass jars wondering if we strapped bindings on them they’d make a good snowboard when they built the world’s first snowboard made of glass.

Then they took the piss with paper and rather than rolling their own they chose to ride it instead.

Now some British nutter called Jamie Barrow has wrapped his posh vowels around a jet engine, taking to snowy St Moritz to ride a board with a super charged jet engine.

What’s next? Being towed by a car? Oh no, Jamie did that too, and broke a record while doing it.

What do you predict to be the next big snowboarding stunt?