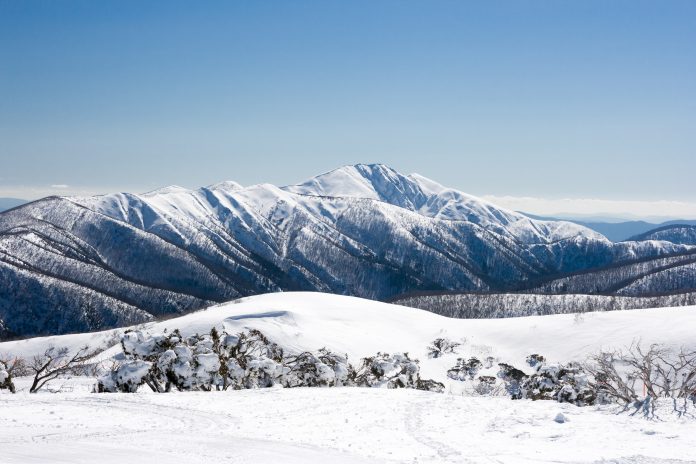 The official opening of the Australian ski season is now less than a month away, so here we’ll take a look at recent happenings and what’s to come for the June to September period.

There was a decent dump of snow in mid May (see the video below) as a deep low pressure system moved through Bass Strait but without any follow up falls, only patchy remnants remain on the ground.

Natural snow prospects are limited for the resorts this week due to the presence of a large blocking high pressure system over eastern Australia. Strong frontal activity will be concentrated over Western Australia, about 3000km west of where we want it to be.

What about the opening weekend?

There are indications that a succession of cold fronts will bring some snow to the resorts in late May and early June, but probably not enough to set up a decent natural base. There may be one follow-up cold front before the opening weekend, but the odds are that the only skiing and boarding will be in the snow-making areas as the season officially kicks off.

And the rest of the season?

Now, looking more broadly at the season ahead, I can tell you that it won’t be the ‘coldest winter on record’ despite some spurious media articles that ran with this headline earlier in 2018.

Persistent warm temperature anomalies were still present across large parts of the Australian continent in May and are likely to continue into the first half of winter. That’s not to say that there won’t be bursts of cold air and snow from the Southern Ocean this season, but in general temperatures are likely to sit above the long term average.

If it is the coldest winter on record for Victoria and NSW, I’ll walk up the entire Super Trail in ski boots.

Often with a longer seasonal outlook, the influence of happenings in the Pacific (El Nino Southern Oscillation) and Indian Ocean (Indian Ocean Dipole) will be used as a guide to the likelihood of certain outcomes. El Nino tends to mean drier conditions, likewise when the Indian Ocean Dipole is positive. This season, these major climate drivers are forecast to be in a neutral state, so there are no strong indications of it being an above average or below average snow season based on these.

The major influence on southeastern Australia’s weather for coming months is likely to be the warm sea surface temperature (SST) anomalies that are present around the continent, especially through the Tasman Sea. These warm SST should contribute to above average precipitation for the resorts (driven in part by an increase in East Coast Low activity), but with the risk of there being significant rain events in between snowfalls.

There aren’t any strong climate drivers for the season ahead so the main influences for this season, particularly early on, are the warm sea surface temperatures around Australia. This should promote above average precipitation (particularly for Baw Baw, Falls and Hotham) but above average temperatures bring the risk of significant rain events in-between snowfalls.

I’d expect this season to experience a wider than usual range of variable conditions; from good snow days to miserable rain days where the Federation Chair ride feels like a science experiment in human endurance.

The odds are slightly weighted towards it being a below average season in terms of snow depths due to the prospect of above average temperatures, but this by no means guarantees this outcome.
Therefore, the most useful practical advice for the season ahead is to plan trips around individual snowfalls or when the average peak depth usually occurs (if booking a trip now) in late August and early September. Any more detail for the Australian ski season at this range would be giving false precision to the forecast and we don’t want to lead folks astray.

Peak snow depths in Australia typically occur in late August and early September, so this remains the best bet if planning a holiday in advance. However, July is usually my pick for last minute trips around fresh snowfalls, with the shorter days (post the June equinox) usually ensuring colder temperatures and better quality snow.

Stay tuned for weekly updates on Snowsbest.com this season, where I’ll give you the lowdown on when big snowfalls are on the way or sign up for our weekly weather news.