Home The latest AU/NZ Why too many women end up buying men’s snow pants to ski/board... 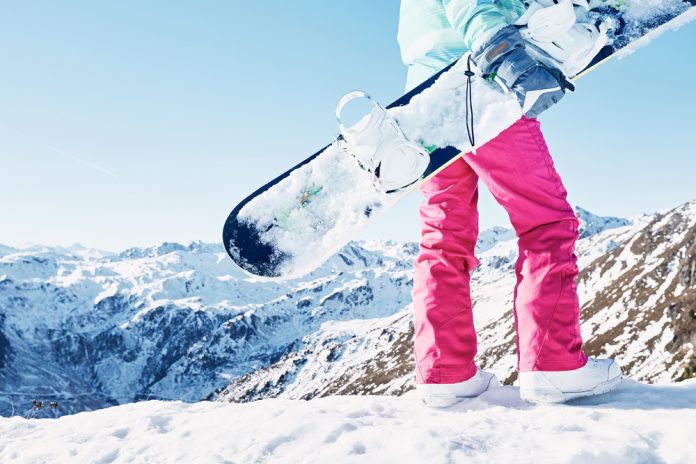 Ever found yourself buying men’s pants just to find snow gear that fits you?

Perhaps, as a woman, you scale what women’s stock the store has, but after trying on multiple pairs of female pants, find yourself looking at the male gear in envy – only to “just try these pants on for size”, and find you can actually do them up. So, you purchase them.

Someone who experienced this first hand is Maria Baker of Nobody’s Princess, a new Aussie snow outerwear brand launching in October.

Six months ago, Maria researched the body shapes and buying behaviours of women in the snow community. She found a large portion of participants admit to purchasing men’s apparel and equipment due to the limited range of women’s available on the market.

Why? Because the fit and cut of men’s pants or jackets were more practical. And, because, women have less design and functional choice that men have.

“Of the 352 participants, over 65% of women were size AU12/US8 or larger. Of those, 62% had an hourglass body shape and said they struggle to find appropriate fitting women’s apparel as pants and jackets are made too tight in the legs and arms, so they resorted to buying men’s items that allowed them to move more freely.”

“I have always worn unisex/ men’s ski gear,” she says.

“I have trouble fitting into female snow or under jackets as the arms are generally cut smaller on the biceps and shoulders restricting my movement, you try and go up in sizing but it just goes wider; just because my arms are bigger doesn’t mean my waist is!”.

As the old saying goes, money is what makes the world go around. And in the case of snow apparel, there is no exception. Economics drives the industry (like any) and while men make up around 60% of snowsports participants then retail and brands are going to target the larger segment.

However there is hope with many hardware brands acknowledging the need for female focused design and detail. Blizzard’s Women to Women ski initiative has seen the Black Pearl women’s ski become the top selling ski across both genders in the USA alone.

“From my experience selling snowboards, and why we only have two out of our seven boards as women-specific, is women are a lot smarter about their purchases,” explains Kynan Alchin, owner of Aussie brand Kynee Snowboards, of the focus on male boards down under.

“Guys will think they need eight boards and upgrade every year, whereas our female customers are more likely to buy one board that is good all-around and lasts a few seasons. It’s not personal, it’s economics.

“I don’t think we can do unisex because graphics-wise it’s hard to find something that both males and females like equally. However, we don’t make our boards any differently at all, size for size women’s versus men’s.”

There is a demand, however, for female outerwear that fits, as one size does not fit all.  This is a gap that Maria Baker has recognised and taken the initiative to resolve with her brand, Nobody’s Princess.

“I have made an active effort to have conversations with women about their challenges when it comes to snow gear, and conducted substantial market research,” Maria says.

“9 out of 10 participants said they wanted more options if designed properly. I think the advantage I have is that I’ve taken the time and effort to listen and act to create a product that women fit into properly, and are happy with. If more brands did the same, they would see the financial benefit”.

This isn’t to say there aren’t brands out there already giving it a shot – especially those who are female-owned, and cater specifically for women. One of the biggest players making an impact is Coalition Snow, the first to concentrate specifically on women’s snow equipment; where most brands are merely offshoots of male-focussed companies.

In Australia both ROJO and XTM have been providing extensive size ranges to suit realistic bodies and locally owned Plus Snow online retailer offers snow gear for a wide range of body types.

Come October Aussie women will also be able to get their mitts on Nobody’s Princess ski and snowboard pants, sized from Australia 8 to 22 and designed for women by women.