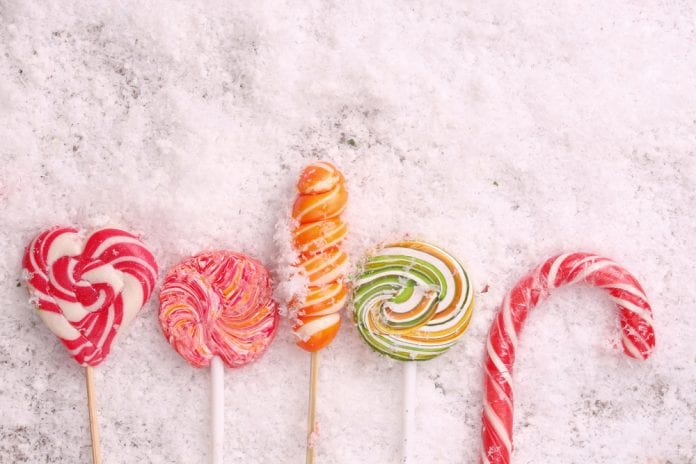 Share with your crew
46FacebookTwitterLinkedInEmailPinterest
46
SHARES
Someone has to eat the yellow gummy bears, the orange custard creams in the Arnott’s assorted creams, the strawberry dream in the Cadbury Roses. When you’re addicted to sugar, oops, snow, you’ll take what you can get until you can get the best.
Our meteorologist, Alex Zadnik, returns this week with his straight shooting ways. He’d definitely be an 80% cacao dark chocolate kind of guy, we reckon he likes the solid Arnott’s Scotch Finger over the heathen creamy Kingston and its coconut ways.
This week’s report is a mixed bag of take what you can get with settled weather conditions for Australia’s school holidays and then “torrential rain then snow” for New Zealand. His words not mine. I would have said “light hearted precipitation turning strong” but really, rain is rain, right?
Enjoy this week’s report and bookmark our seven day detailed forecasts for your favourite resort here. You can get more of Alex’s dark chocolate ways every Wednesday here.

Heavy rain and gale-force winds hit the Victorian and New South Wales resorts during the day on Saturday, but temperatures dropped enough for snow to fall during the evening hours. By Sunday morning there were fresh falls ranging from 5cm at Mt Buller to 15cm at Perisher and Thredbo.
Falls Creek and Mt Hotham had around 10cm of fresh snow. Temperatures stayed below zero for most of Monday and Tuesday, allowing for a continuation of recent snow-making activities.
Today (Wednesday), a large high pressure system is strengthening near Tasmania, which should help to keep skies mostly clear and winds relatively light. Temperatures during the day are likely to edge above zero but should plummet again at night, allowing for a resumption of snow-making.
Thursday will be a slightly warmer day followed by another cold night. Both days should offer decent conditions for skiing and boarding on the open groomed runs. Natural snow depths remain insufficient for skiing outside of snow making areas.
On Friday and Saturday, the large high will direct a relatively mild and humid northeasterly airstream across the resorts. This will reduce opportunities for snow making during this period and bring an increase in cloud to Thredbo, Perisher, Selwyn and Charlotte Pass. Winds are also likely to pick up a little in strength but weather conditions should still be reasonable for school holiday skiers and boarders.
It’ll be a little windy on Sunday and cloud will increase across all resorts during the day with the approach of a weakening cold front from the west. Some light rain is possible, particularly into the afternoon and evening. Rain should tend to snow during Sunday night and Monday morning with around 5cm possible. Snow showers will tend to ease during the day on Monday and retreat to higher elevations.
The longer term outlook is showing some promise for better snow-bearing cold fronts from around Friday 12th July but more on this in next week’s update.

Heavy rain is spreading across New Zealand today, as an approaching cold front clashes with a warm and humid sub-tropical airmass. The heaviest falls during Wednesday will contract northwards along the west coast of the South Island before moving to the North Island on Thursday. This rain will do some damage to the existing cover at most of New Zealand’s ski fields.
The good news is that snow showers should develop over the Southern Alps from later Wednesday into Thursday as the cold front moves through with 5-15 centimeters of fresh snow possible for the Remarkables, Coronet Peak, Cardrona and Treble Cone.
Mt Hutt may see similar amounts from later Thursday into Friday based on current modelling. Ruapehu should see snow develop on Friday and Saturday, with falls to around 1000m. 10-20cm is possible.
Cold southerly winds will persist across New Zealand into Sunday and may strengthen for the Queenstown and Wanaka areas during the afternoon as a significant cold front passes to the south of the South Island. This front may generate some light snow falls for the Southern Alps from Sunday afternoon into Monday morning.
At this stage around 5cms is expected. Further snow falls are possible mid to late next week but probably not to low levels.
More on this next week.
This week’s snow forecast blog has been brought to you by Icebreaker.