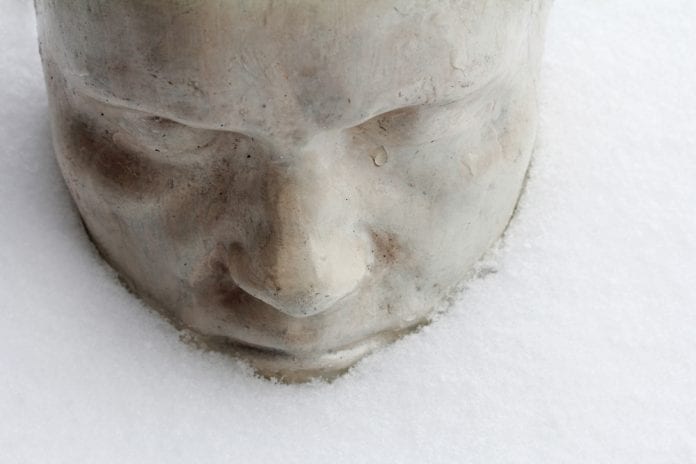 Few in search of paradise in ski towns think they will, instead, find the black dog lurking in the woods waiting to pounce and bring them down. How could these majestic peaks and heritage towns plucked from a Hollywood set bring anything other than joy?

Yet, for a rising number of people they bring anything but paradise. Depression in ski towns and surrounding valleys is more common than we know and while some claw their way out, others, sadly end their lives with the black dog at their throat.

For many, a season in a ski town is a right of passage, much like a gap year, before ‘settling down’ and focusing on your career of choice. You look back fondly on your season of pauperism, powder, late nights and good times while slaving away at your office job a decade later.

What fun that was, you say forgetting the cupboard you called home, the dishwasher hands from your night job and frozen fingers from manning the lifts by day.

But for others the seasonal life becomes the only life, addicted to the high of powder, moving from winter to winter, swapping the vitamin D of summers, and the proven depression lifting properties of morning sunlight, for short winter days with grey snow laden skies.

Commitment goes out the window with the friends made each winter that don’t return. Peter Pan syndrome gets under the skin as they pursue Never Never Ski Land and eternal youth and happiness through limitless seasons.

They juggle the annual six monthly stress of finding accommodation for their chosen northern or southern season in towns where the housing crisis means slumlords reign and quality of living goes down. Many share rooms with two, three, sometimes four others. Minimum wage jobs don’t pay enough for rent of your own, so you may as well split it amongst strangers.

Then add drugs and alcohol and see what happens. A Swedish study in 2017 revealed that ski resort employees had a higher risk of drug and alcohol abuse than the general population. The risky use of alcohol was 82.9% for seasonal snow workers compared to 58% non seasonal and 8.3% drug use compared to 2.8%. Anyone who has spent time in a ski town would surely not be surprised?

Altitude doesn’t help either. Those who already have a predisposition to mood disorders may, find themselves in more than just a funk when calling a mountain postcode home. Some research from Utah reveals that those living at 2000 metres above sea level or higher, and starved of oxygen, have a significantly higher suicide risk than those at sea level.

Are we really surprised by the cocaine epidemic in ski towns?

Then there’s the isolation. Many ski towns are in remote regions of the world with smaller year round populations and little mental health support. Traveling to a city takes time away from hourly incomes and those same hourly incomes may mean long days of working to pay the rent on the slum you’re now calling home.

The cycle is real and the old saying you either have two big houses or two jobs in a ski town is dead on.

The ski town of Vail sits in Eagle County, two hours from downtown Denver. In 2017 the county reported 15 suicides. The Roaring Fork Valley where Aspen resides has one of the highest suicide rates in the country and four separate suicides occurred in San Miguel County in 2016 where the prettiest, yet most isolated, ski town of Telluride is found. Even the sunshine state of California is not immune with 6 suicides in 2.5 years in the Tahoe mountain town of Truckee before 2014.

It would appear the American mountains take more than they should with the mountain states of Wyoming, Alaska, Montana, New Mexico, Utah, Idaho and Colorado all in the top 10 states for suicide rates per 100 000 residents.

Don’t be fooled into thinking the USA ski states are the only ones with the mental health problems either. In Queenstown New Zealand, police reported an average of 4 attempted suicide calls per week in February of this year.

19 people have committed suicide in the Queenstown Lakes district in New Zealand, home to four ski resorts, since 2012 and 14 of those did so in the last three years. Otago Daily times (2018)

Ski towns are fun towns, they are not known for deep seated connections, they are transient and so are most of the people lured in for a short snow holiday or by the temptation of a powder filled season. Finding connection can be fleeting in a constant world of goodbyes.

The macho nature of a male dominated industry, where risk brings instant reward on a daily adrenal skiing and snowboarding basis, means few feel they can speak of their fear, reveal their vulnerability and expose the darkness that sits in their cold bones.

As a press release from Vail Resorts mental health foundation revealed “In surveys conducted in the resort communities by various organizations, many residents indicated they don’t know where to turn for help if they have a mental health issue and if they did know where to turn for help, frequent barriers such as cost, perceived stigma and language prevented them from seeking treatment.”

And all the while the irony is that what we think will fix the black dog blues, skiing or snowboarding, is the very thing contributing to it. Adrenals can only be fired over and over again for so long before adrenal fatigue kicks in and with adrenal burnout comes depression, anxiety, fatigue. We may be high on the mountains but we can come crashing down when the chairlifts close.

Adrenaline, depression and death in the snow world

Services help, education helps, reaching out to those with depression helps. Seasonal businesses need to offer support and training for all employees to notice when others are struggling and how to help when they are.

Ski towns need to desperately address the housing crisis and many are. Aspen are experimenting with tiny homes, Vail is building employee housing, Queenstown has an Air BnB tax hopefully being implemented, to reduce the number of days locals can put their residences into the Air BnB pot in an attempt to encourage more long term rentals.

Colorado’s Pot Tax for 2018 is funding mental health initiatives (that’s what you call irony given the research on adolescent males and marijuana induced depression). Other programs such as Aspen Strong in Colorado and Mental Health Week in Canada are shining spotlights on the issues with resources and meetups.

Many believe connection is the key to keeping depression at bay, though once the black dog grips you it is nigh on impossible to actually want to see anyone. The sense of isolation in seasonal ski towns can be a mental barrier to overcome within itself and that’s before the black dog has you wanting to stay in bed with the curtains closed.

That’s what R U Okay national day of action is all about. Reaching out, providing a safe environment, connecting through empathy. This year it’s on September 13 which is during the spring ski season, the time of year that seasonal workers are suffering from end of season burn out, end of season worry about what comes next and end of season goodbyes.

It would be irresponsible to think one simple question will end mental health troubles for those in mountain towns but it can certainly open up a conversation and let the sufferer know you care.

When the black dog has you it is hard to believe anyone would truly be impacted by the darkness in your life. It is hard to function, to shower, to clean your teeth, wash your clothes, make a piece of toast.

Being heard is integral to surviving the dark days, not being judged, being heard, not being told what to do, being heard or simply having someone sit with you through the silence, to let you know you are okay.

CHECK OUT OUR SNOWSBEST MENTAL HEALTH CATEGORY OF ARTICLES

If you need help in a crisis, call Lifeline on 13 11 14 in Australia or The National Suicide Prevention Lifeline in the USA on 1 800 273 8255. For further information about suicide prevention, depression and mental health visit R U OK? or talk to your GP, local health professional or someone you trust.