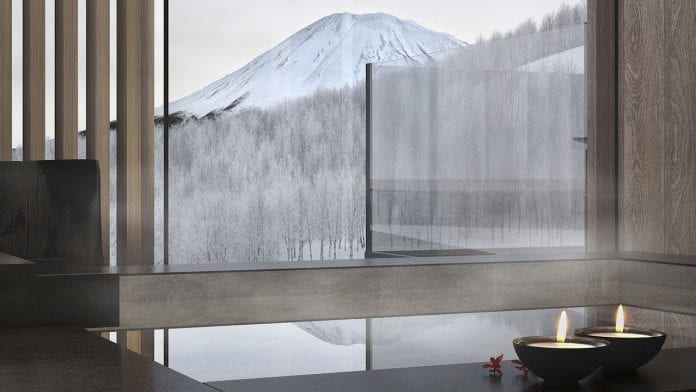 If it wasn’t for the iconic Mt Yotei, those who skied Niseko in the 80s and 90s would be forgiven for not recognising the ski resort and villages that exist there today.

Back then the once sleepy farming area delivered big powder on the mountain slopes with metres and metres of snow and then some more metres each winter season. It was dry, cold, blower powder with so little moisture content you couldn’t form a snowball. It still is.

There were no crowds to fight for the powder, lift lines were non existent and life was snow simple. Australians that discovered this gem back then snapped up cabins for a song, skied every winter, and like all Byron Bay style gems, word got out, the developers moved in and what followed were two decades of serious investment in both property and resort infrastructure.

It started with mainly Australian investment then followed by the much bigger dollars of Hong Kong (Australia Day and Chinese New Year are now both peak times). The resort joined the Epic Pass for one season in 2014 and then joined the Ikon Pass in 2018. Word is well and truly out and loud.

Those song bought cabins are now worth millions of dollars and Niseko is now home to a plethora of luxury hotels and residences with a W Hotel, Ritz Carlton and Edition all slated to open by next ski season and talk of an Aman Resort on the way.

Come January 20 this winter one of the world’s most iconic luxury brands, The Park Hyatt, will open the doors at Niseko’s Hanazono. Developed by Hong Kong real estate developers, Pacific Century Premium Developments, the Park Hyatt Niseko Hanazono will be the third Park Hyatt in Japan.

It promises to set the ski in ski out bar for all those luxe brands that come after. The “village” is designed primarily by Melbourne’s BAR Studio in conjunction with Nikken Sekkei and Fujita Corporation.

The hotel reflects the surrounding pristine wilderness and will be the hottest ticket in town this season for a sticky beak coffee, a Michelin meal or a full blown stay.

Walk in wardrobe and vanity.

Guest rooms feature both a master bedroom and a separate living space. There’s a walk in wardrobe and en-suite with rain shower and soaking tub and those omnipresent floor to ceiling windows to escape into the Mount Yotei and Annapuri Ranges views.

Some residences even boast private onsens on the balcony with Mt Yotei views.

The Art Foundation philanthropic organisation have also curated a blend of local and international art throughout the hotel including pieces and influence from Akira Minagawa, Nobuyoshi Araki, Studio Sawada and Australian paper artist Geoff Need.

The Park Hyatt Niseko Hanazono will serve up six restaurants featuring Italian, Chinese, robatayaki, teppanyaki, as well as the Sushi and French terroir cuisine of Michelin starred chefs. All are divided into dining zones dedicated to cuisine style and destination.

For après ski head to The Lounge, the all day dining venue on the slopes. There’s a champagne and dessert bar, whiskey bar and cigar lounge, so take your pick.

Sushi Mitsukawa, from Michelin starred Owner-Chef Mitsukawa, will showcase a selection of Kanazawa influenced sushi and sashimi. A selection of fish from Kanazawa’s Omicho market will be featured and served on traditional Hokuriku Ohi-yaki plates.

Did we mention there’s even a Karaoke room?

The hotel’s Signature Spa offers a wide range of body and facial treatments to soothe after a day on the slopes. There are four single and two couple treatment rooms, a 25-meter pool, hot spring onsen baths and a Health Club.

Located at the edge of Mt. Annupuri, an outdoor chapel surrounded by water sets the scene for a memorable wedding ceremony. The chapel is part of the events village, a multi-functional collection of venues purposefully designed to create extraordinary events featuring two event rooms and a separate wine cellar.